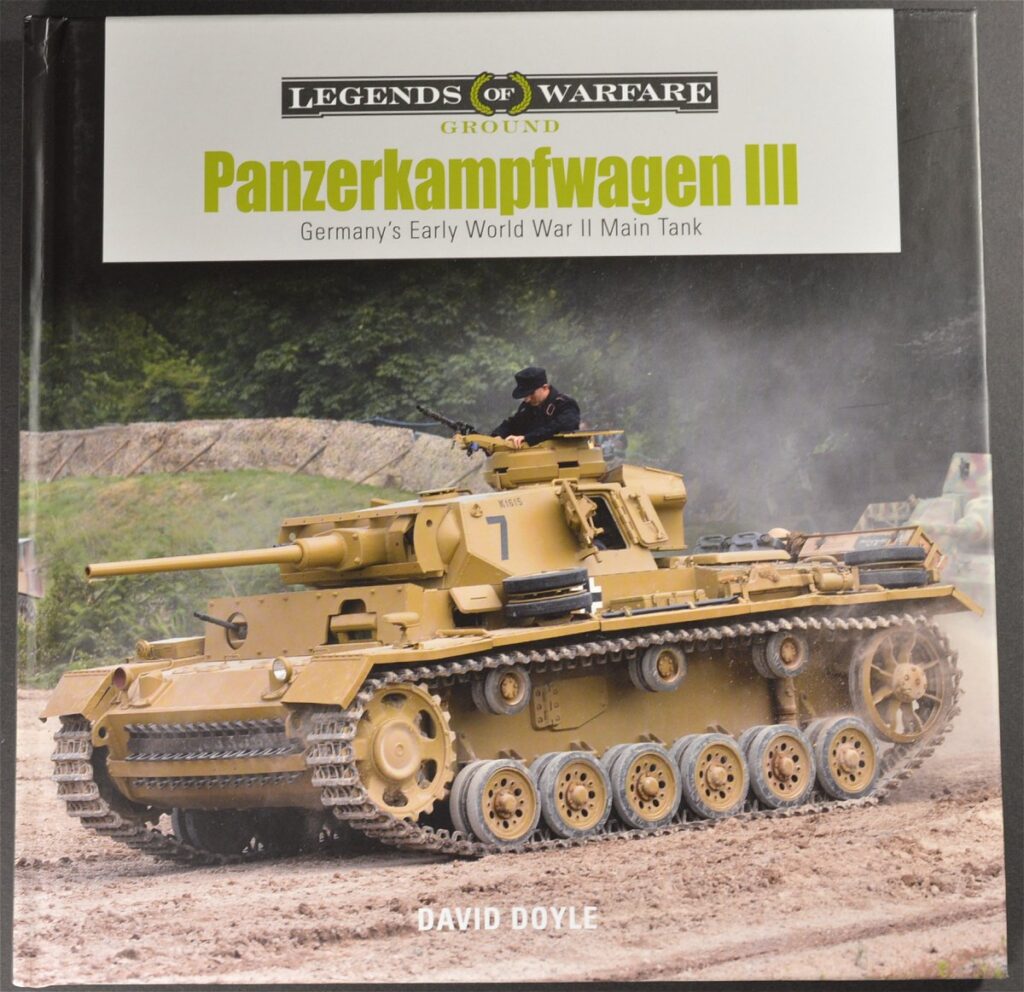 David Doyle is a well known name when it comes to military literature, having covered countless subjects over the last few decades. Recently his output has focused on producing a line of low price, picture-heavy reference books for American publisher Schiffer under the “Legends of Warfare” label, covering armoured vehicles, aircraft and even ships.

This book on the Panzer III, released in May 2020, follows the standard formula of the series, with a chapter dedicated to each of the versions. However, the early Ausführungen A to D are lumped together in a single chapter, while the special versions are briefly covered in a separate chapter at the end of the book. The amount of photos per chapter varies a fair bit, with the early war versions being better represented than those from later in the war. 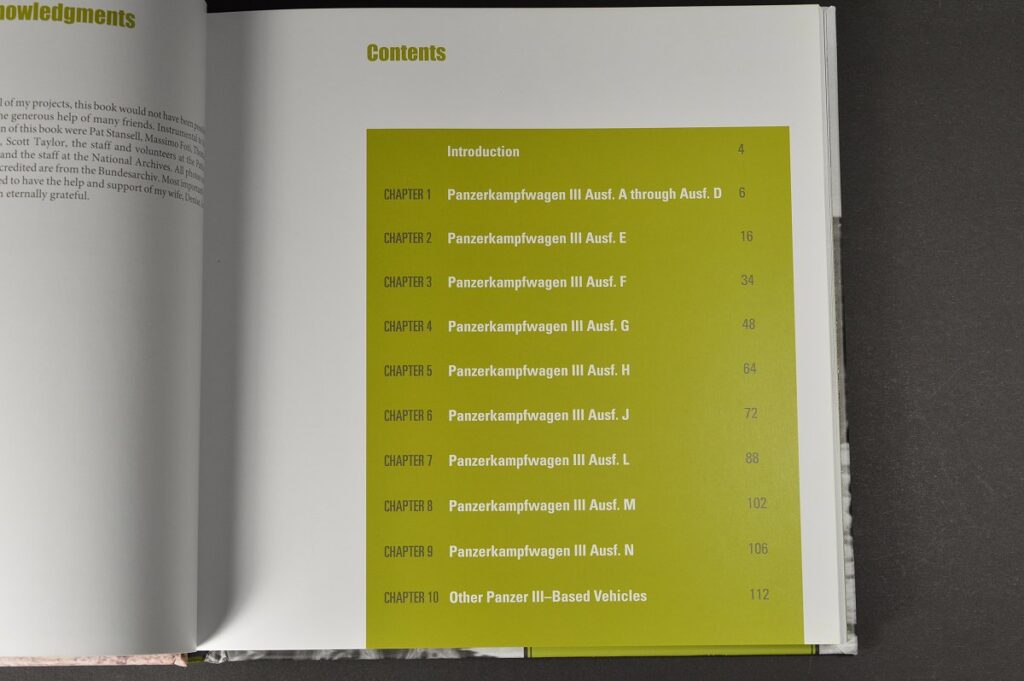 Each Ausführung is introduced with a brief summary of its features and technical data, with further descriptions of production features spread across the photo captions. Regrettably I’ve come across a few errors and omissions, such as placing the redesigned turret shell with the Ausf. G instead of H. A particular jarring example is the description of a late model Panzerbefehlswagen III as an Ausf. G based on an early model drive sprocket alone. 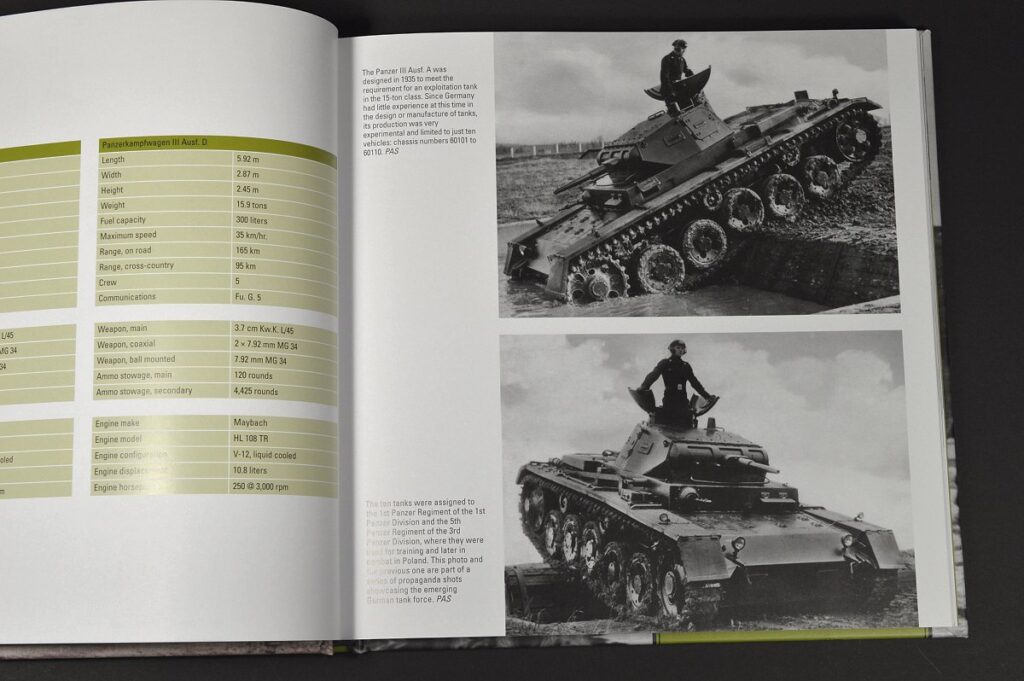 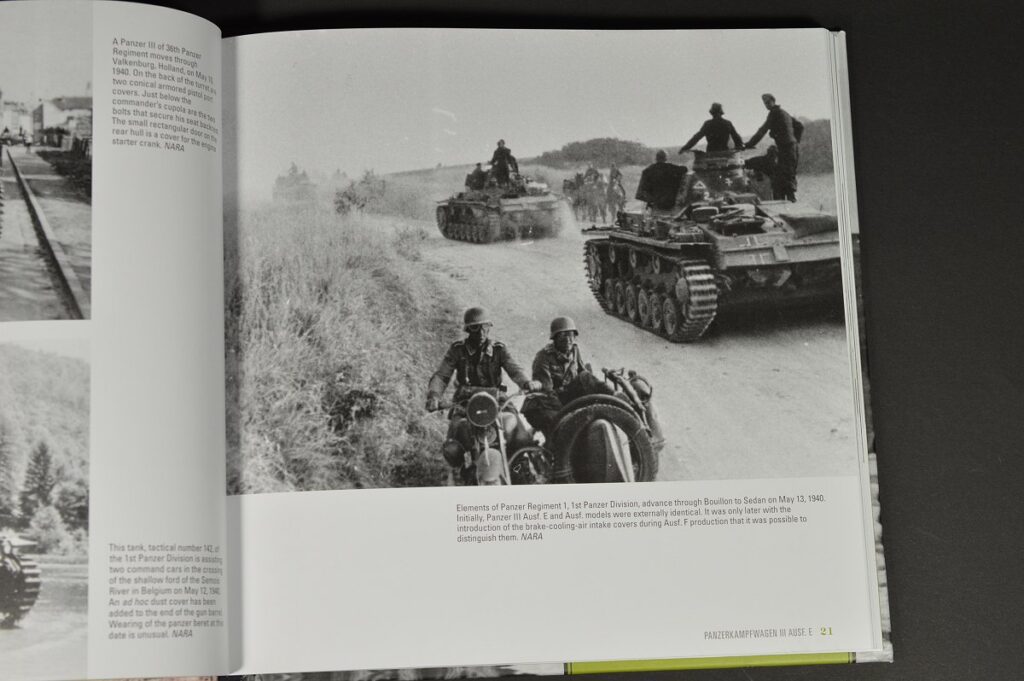 The photos, mostly sourced from public archives such as NARA, are of good quality and often printed in large format. Some have been published often while many are lesser known or even previously unpublished. Colour photos of the nicely restored Panzer III Ausf. F at the French tank museum Saumur and the Ausf. L at the British tank museum Bovington are also included, but regrettably not as a full walkarounds as often provided by previous books of the series. 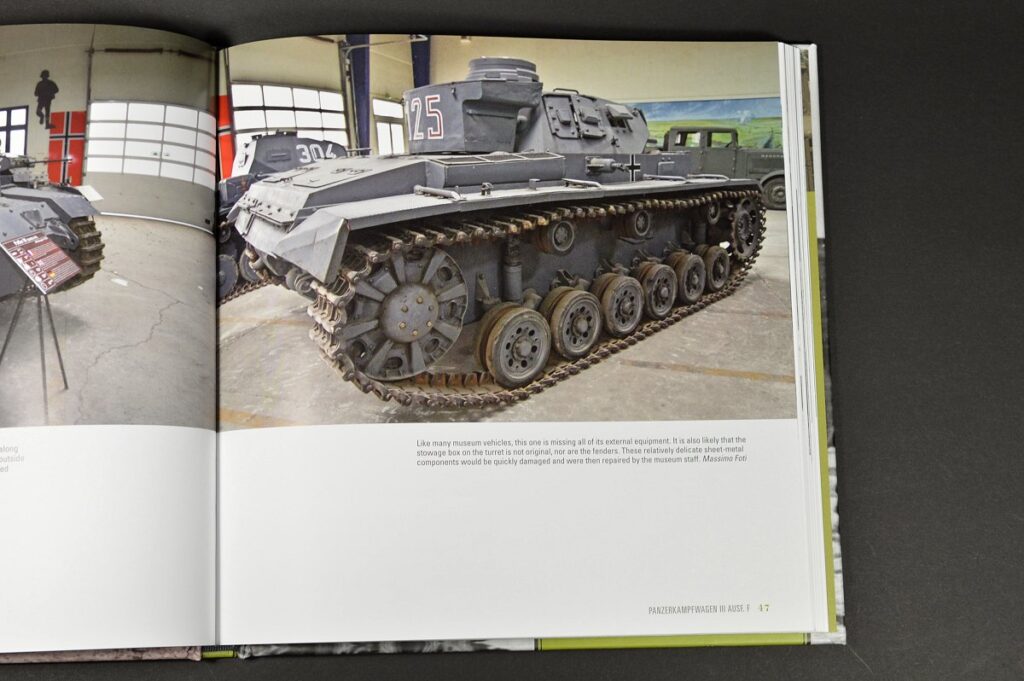 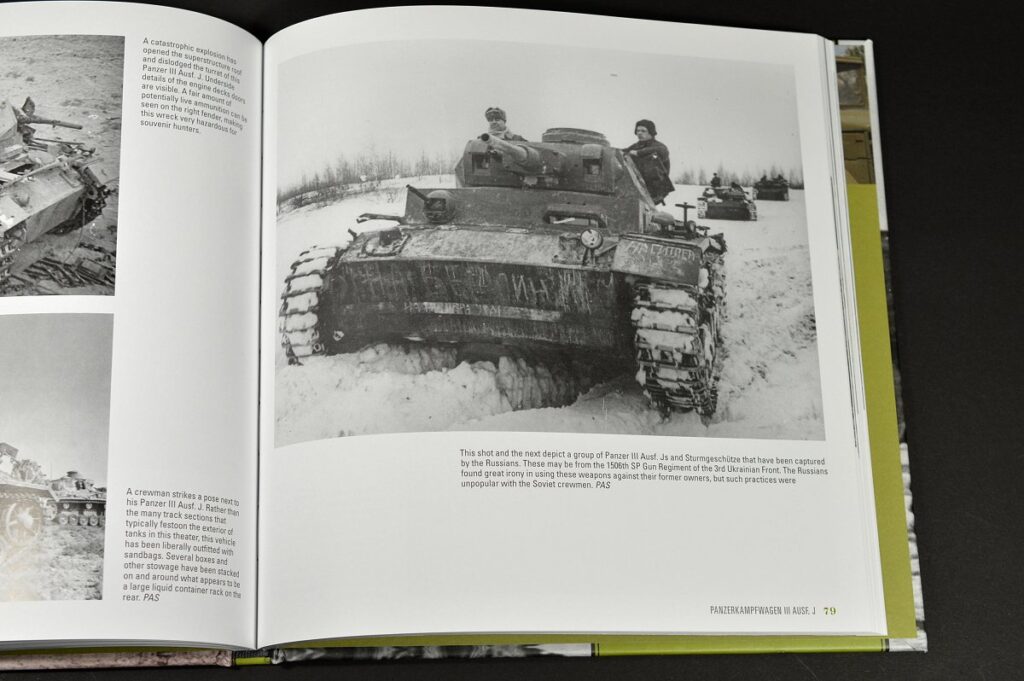 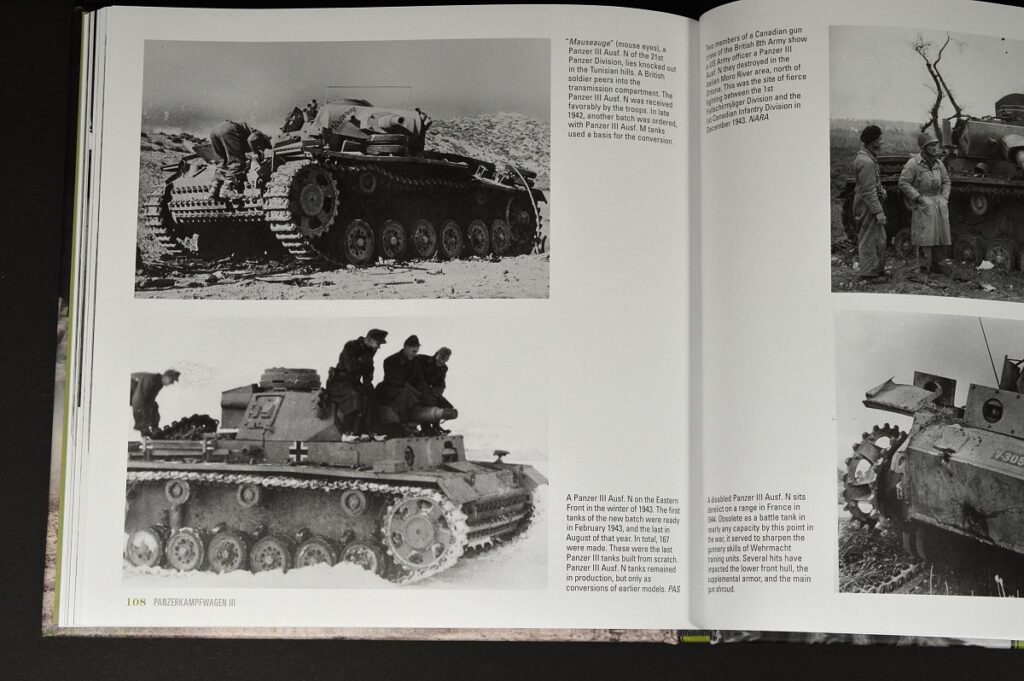 In conclusion, this new book offers a nice selection of photos for a fair price. It’s a good introduction to the subject and should appeal to anyone interested in the Panzer III. The few research errors mentioned before are a bit of a letdown, especially since previous books of the series tended to be well researched.