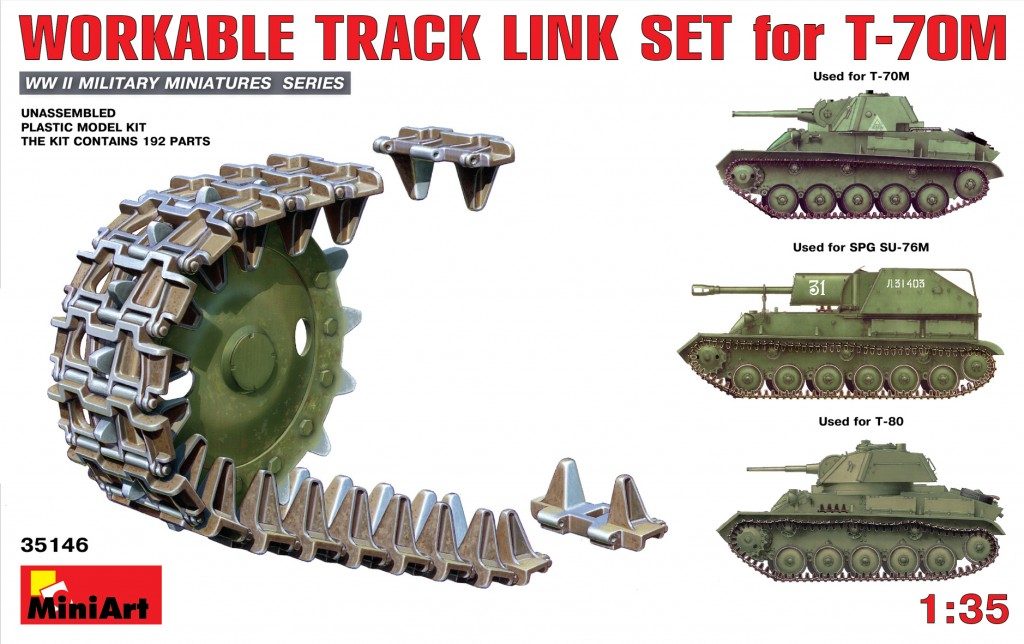 Everyone started small at some point. Miniart’s first armour kit back in 2006 was the Soviet light tank T-70M, and while it’s still fairly nice it seems a little primitive compared to more recent kits. Miniart has since released several upgraded versions that include both photoetch and new ‘workable’ tracks. For those unfortunate enough to own the earlier versions (or the unspeakable other T-70 kits out there), Miniart was kind enough to release the new tracks separately. Since they all share the same running gear, this set is also suitable for the SU-76 and the T-80 (the light tank, not the MBT), as noted on the rear of the box. 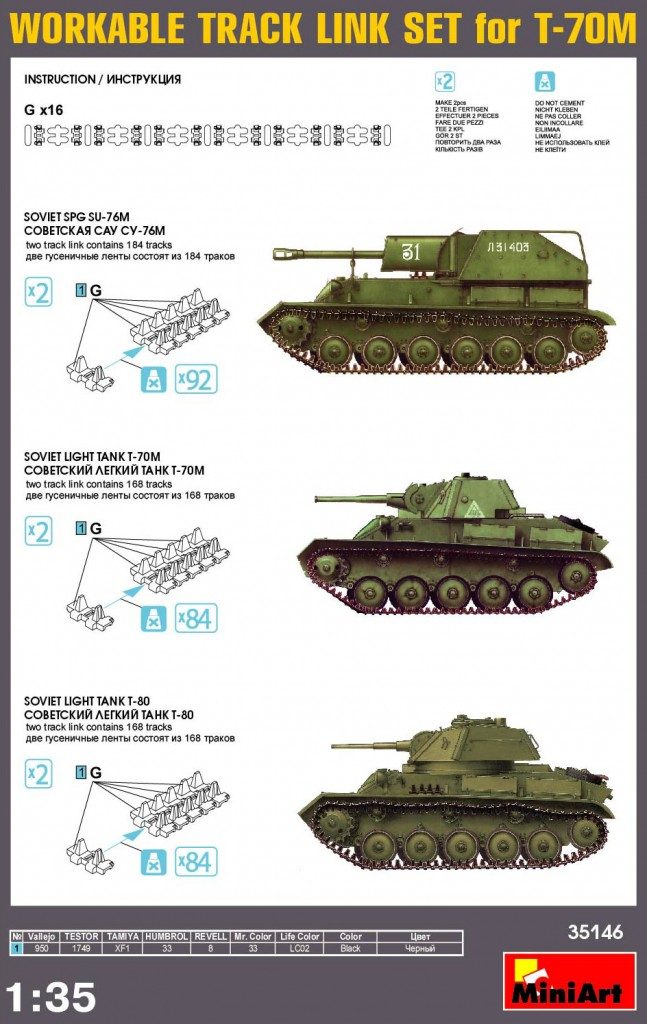 Inside you’ll find sixteen sprues of twelve track links each, for a total of 192 links. As noted above, this leaves a lot of spares. 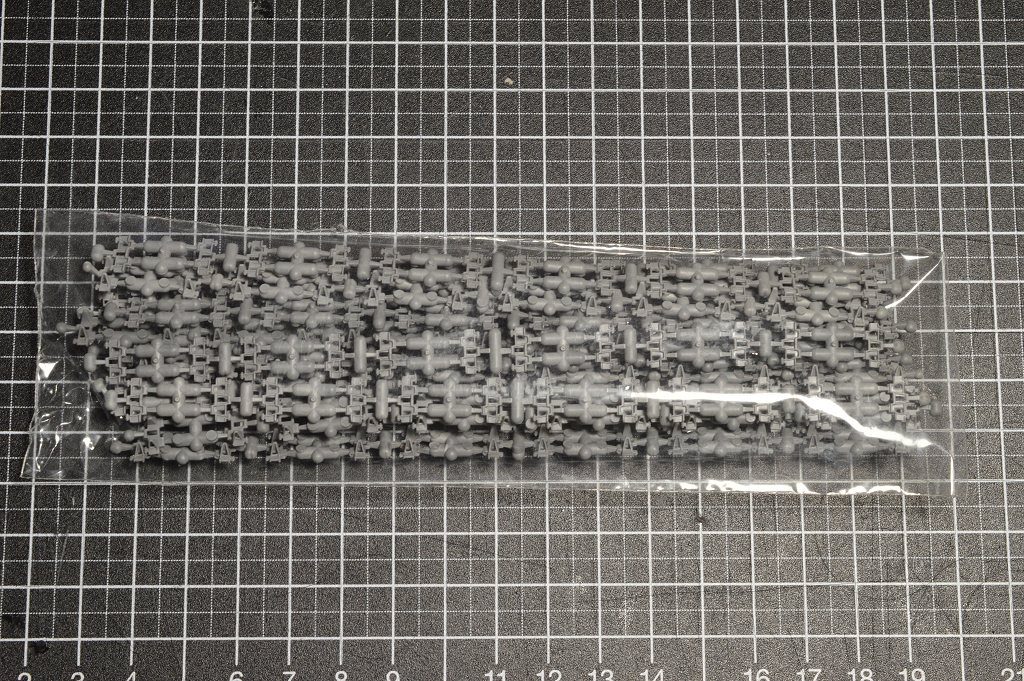 Each link has three connectors to clean up, which makes things relatively easy. At least until this point. 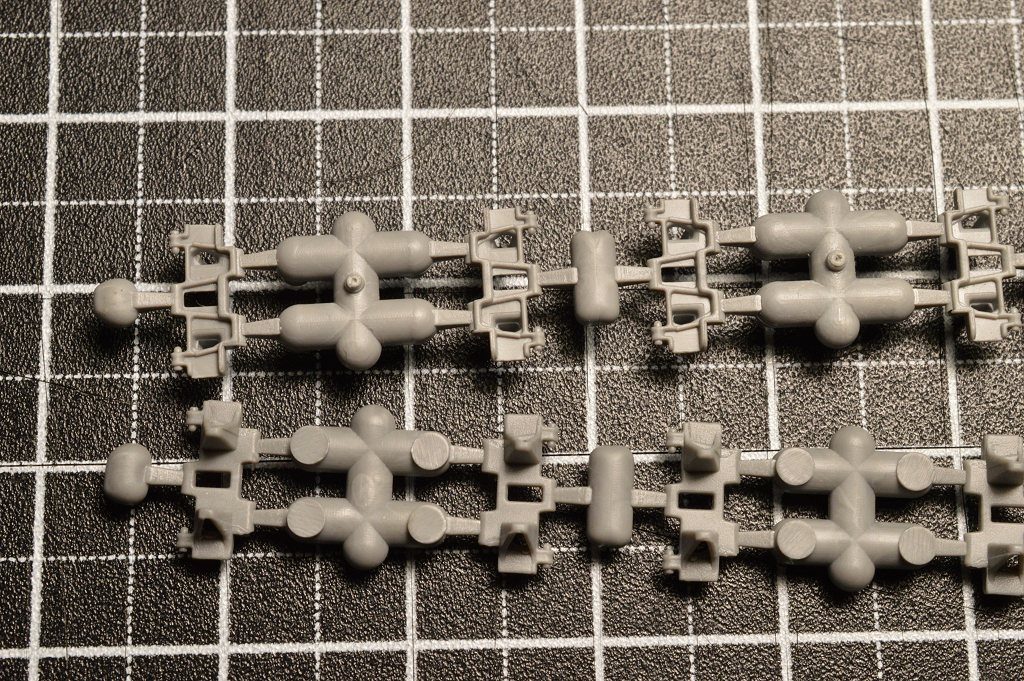 The links are designed to click together with no separate track pins needed. In theory this sounds like a good idea, regrettably it simply doesn’t work. While it is possible to fit the links together in this way, they usually won’t stay together and will fall apart at the slightest touch. If they do hold together, the resulting track run tends to be fairly crooked. 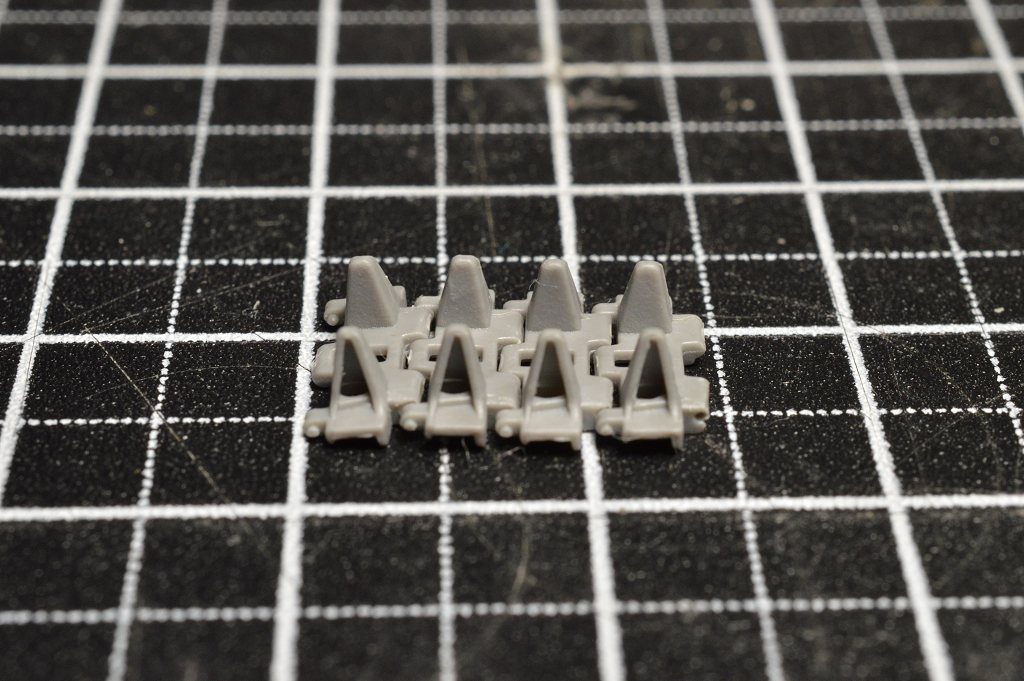 Compared to the original T-70 tracks (below on the right), they offer much improved details. Note the hollow guide teeth and the absence of ejector marks on every link. 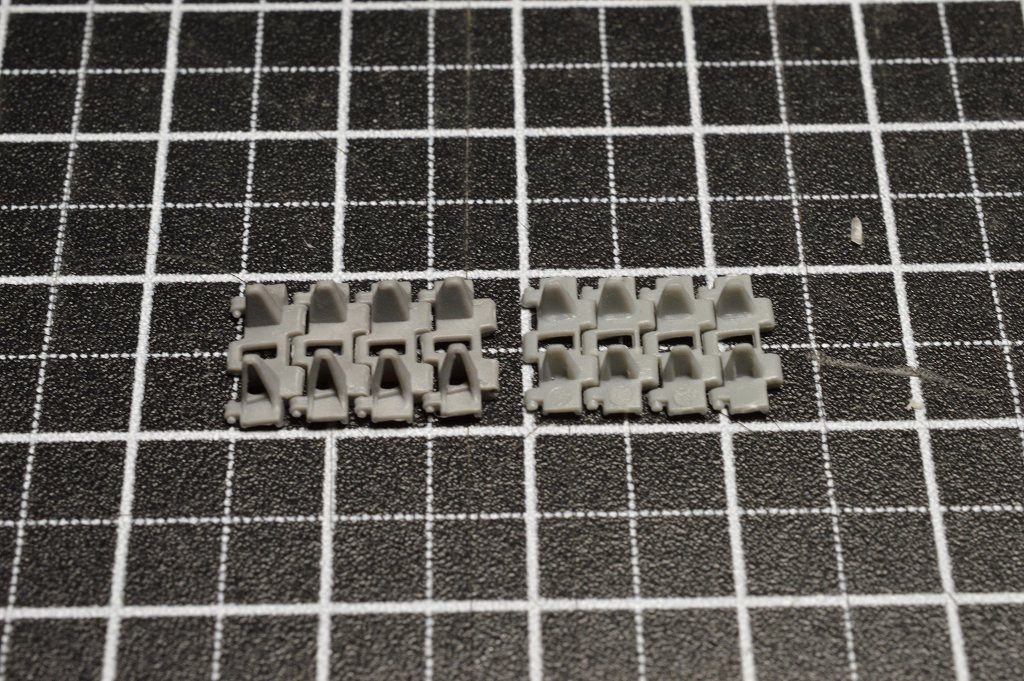 A test with Miniart’s T-70 sprocket revealed slight fit problems. It seems the track pitch is slightly off, but thanks to the overall simple design it still fits…somehow. 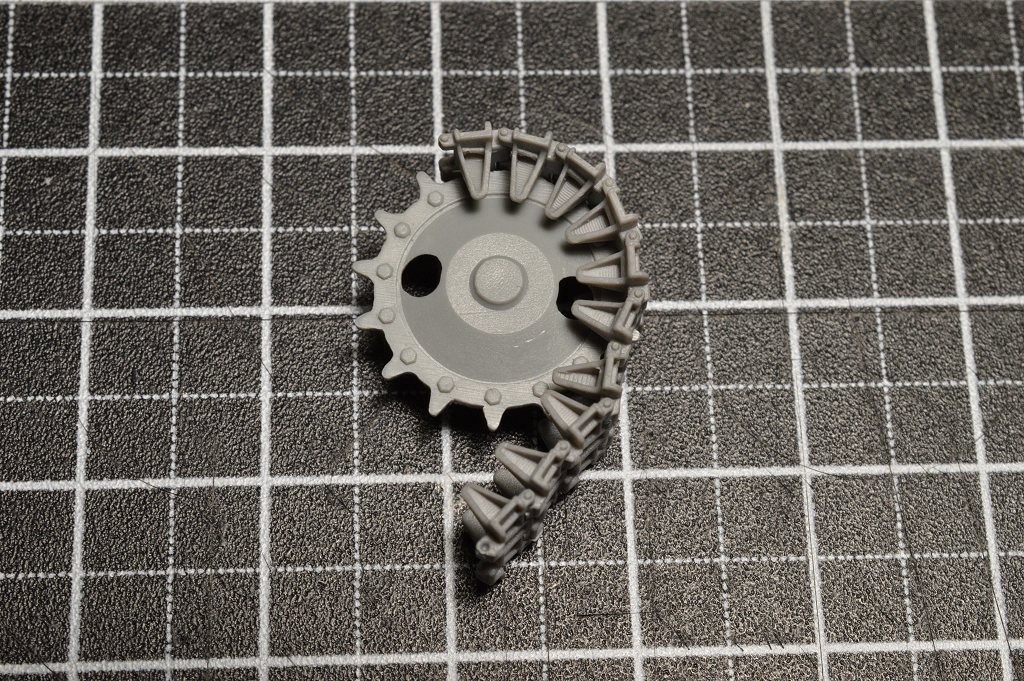 The full track run assembled and fitted to Miniart’s T-70 kit. As you have probably guessed by now, this was only possible by gluing the links together before wrapping them around the suspension. In retrospect I would recommend cutting off the track pin stubs during cleanup to make assembly a whole lot easier. It would seem Miniart noticed this as well – their newly released T-60 kits come with newly tooled non-workable tracks.

I should also mention that the 84 track links suggested by the instructions are a bit much. I ended up using 78-80 on both sides and still had proper sagging. I guess it will be similar when using them on the SU-76. 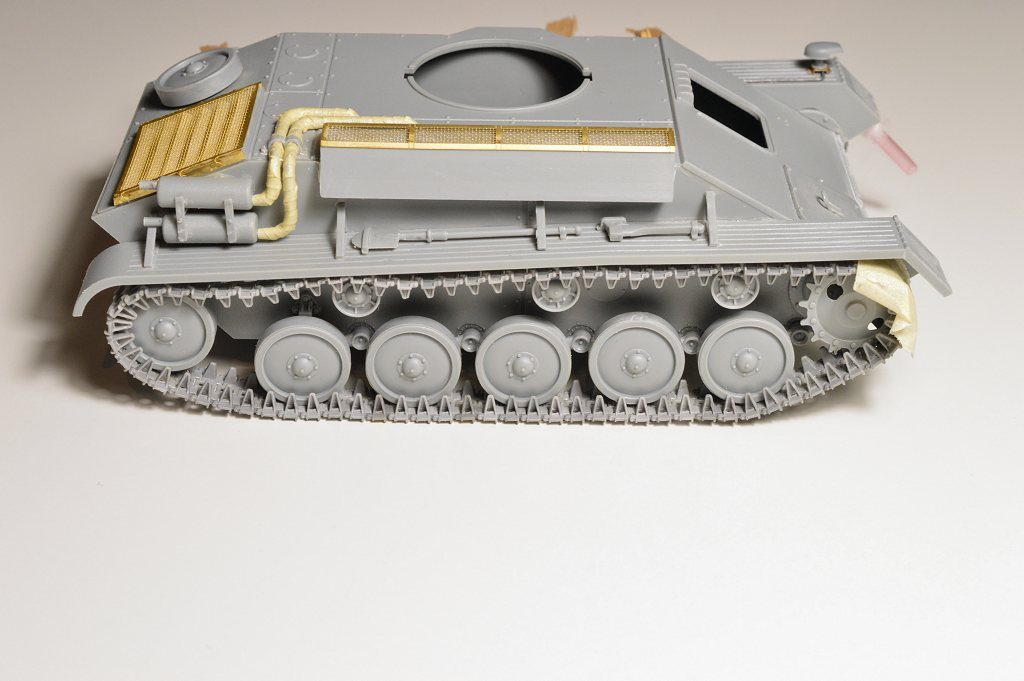 So, what do I think of this? Obviously the “workable” bit isn’t exactly true. They offer better details than the kit tracks, but that’s about it. Treat them like standard tracks and use plenty of glue to save yourself a lot of trouble. If you really need workable tracks, look for an alternative in resin or metal.