No guarantees that this will go anywhere until the year is over, but here we go again

The VK4502(P) was Ferdinand Porsche's contribution to the Tiger II programme. Basically he took the rejected VK4501(P) and added sloped armour as well as a new turret for the 8.8 cm L/71 gun. Just like before, the Henschel design won. And just like before, Porsche had ordered parts to be made because of course this time his tank has to win! Thus we ended up with what is today often called the "Porsche Turret" on the first 50 Henschel King Tigers.

I'm using the Hobby Boss kit, because the Dragon/Cyber-Hobby kit is both worse and absurdly expensive for what you get. It does have a minor flaw however, which is the lack of fenders/mudguards. Thankfully Voyager has released a set: 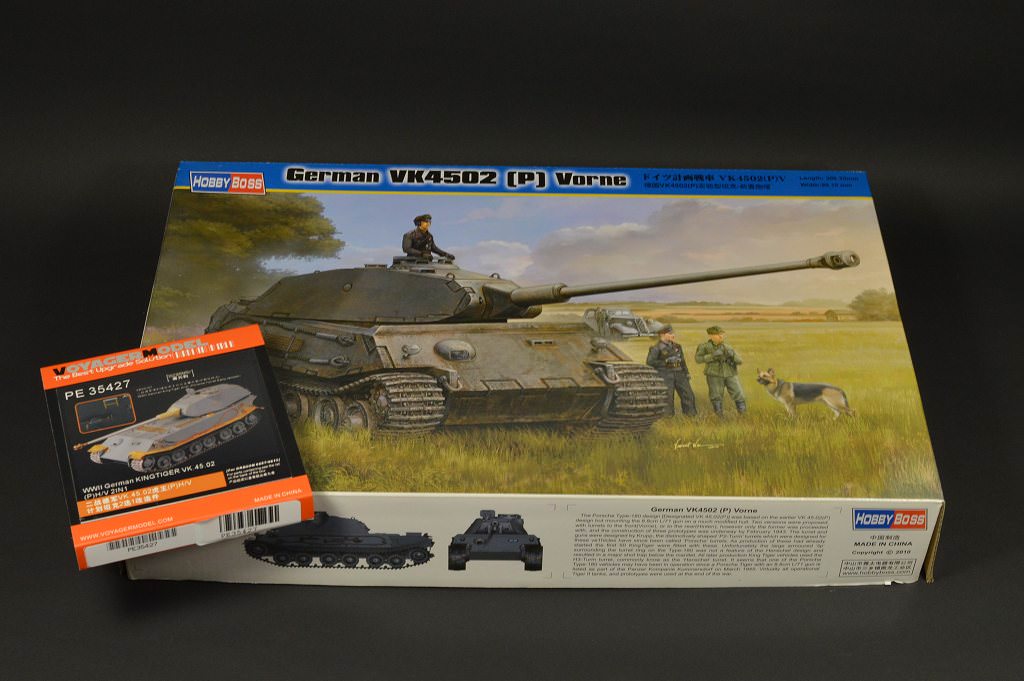 My goal is to make an alternate history version of the initial production King Tigers that were issued to Funklenk-Panzerkompanie 316 and used for a brief time in France before all were lost to technical problems: 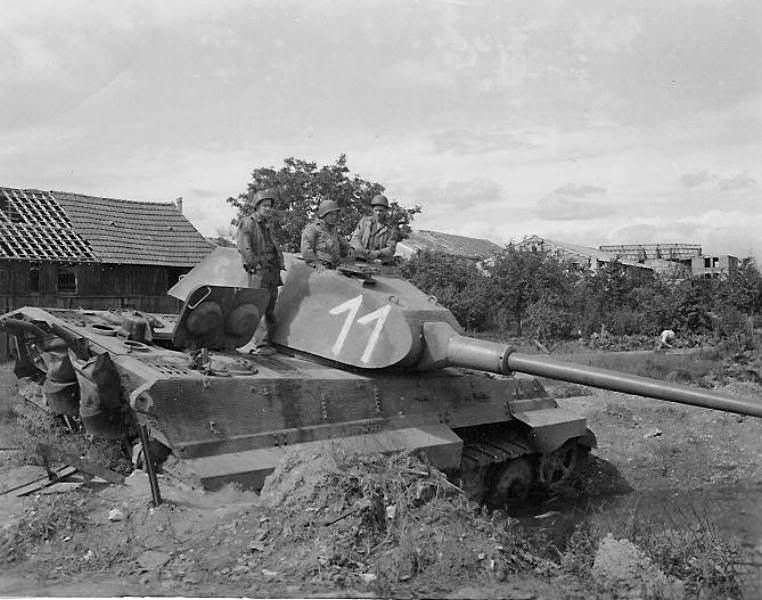 I started last night, here's where I am right now. 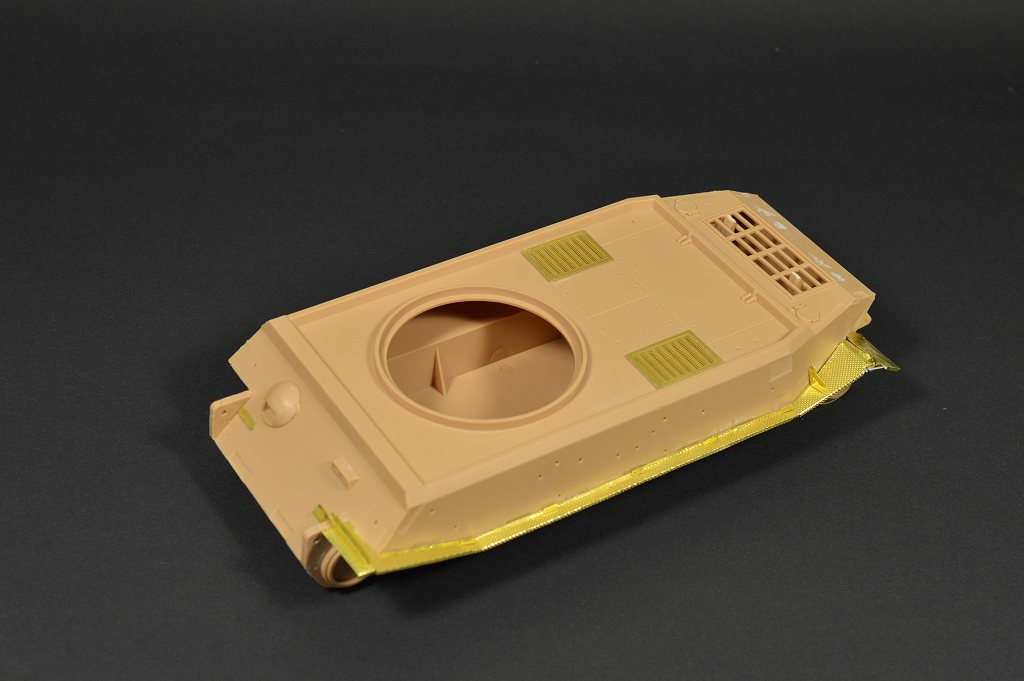 The Voyager fenders have excellent detail, but for the sake of mental health I will build it with some segments lost or damaged: 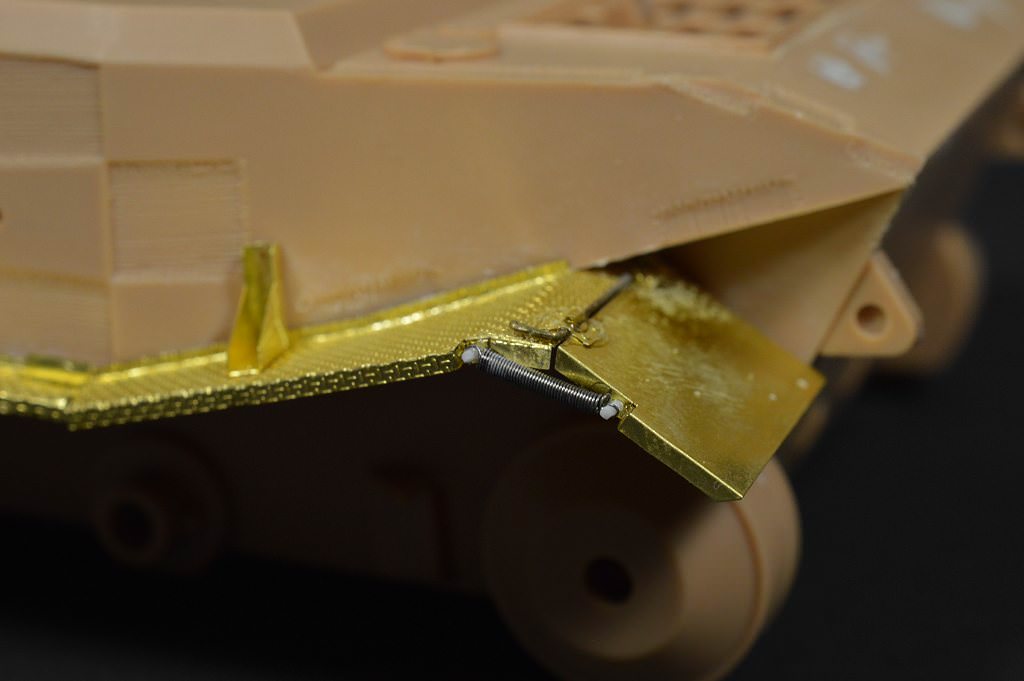 If this tank had actually been built and sent into battle, it would have had Zimmerit, which will come next.

The fenders look great on this oh-so-VERY-Dr.Ing.Ferdinand-Porsche-design

This is another of his petrol-electric monstrosities, isn't it?

it's really something you'd expect from HYDRA (HAIL HYDRA!

Yep, this is exactly the same as his last proposal except for the armour layout. Who could have thought an electric transmission using tons of war-critical copper would be a bad idea?

I have the Hintern and the Vorne in the stash

Those Voyager fenders do look good

Should be an interesting build.

Can we have some more? when you are ready

The spring on the rear fender has come up beautifully, wish I could make 'em look so good!

Careful there - "hinten" means rear in general, but "Hintern" means the rear end of a person. Hobby Boss got that mixed up

Though I can't take any credit for that, Voyager provides the finished springs with the set. These are "real" springs and probably sourced from some external supplier for watch parts or whatever else needs miniature springs.

I guess the German Chinese translator had a bad day or it was his junior that finished the work?

Looking forward to this one being built

Interesting project. Will look col with zimm. Nice work on the fender so far.
AKA Maschinen Krueger 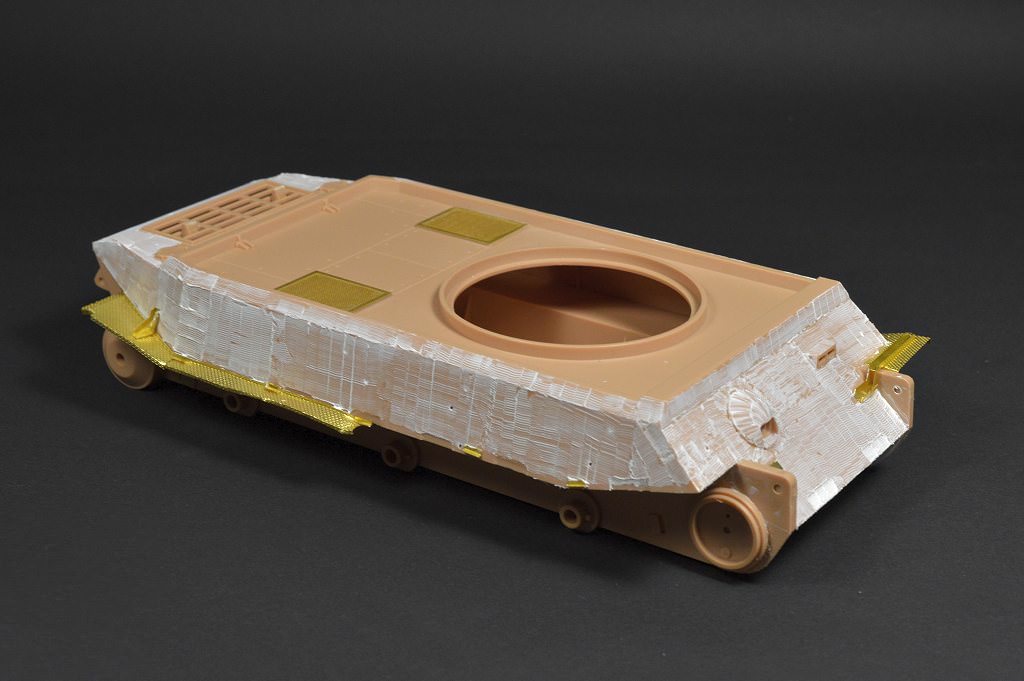 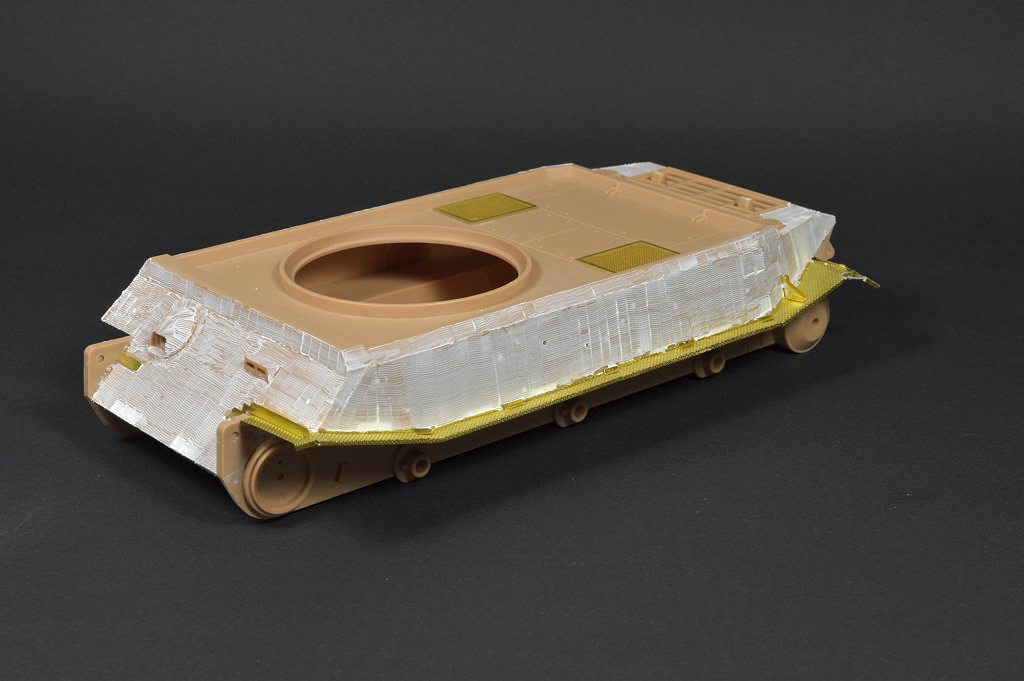 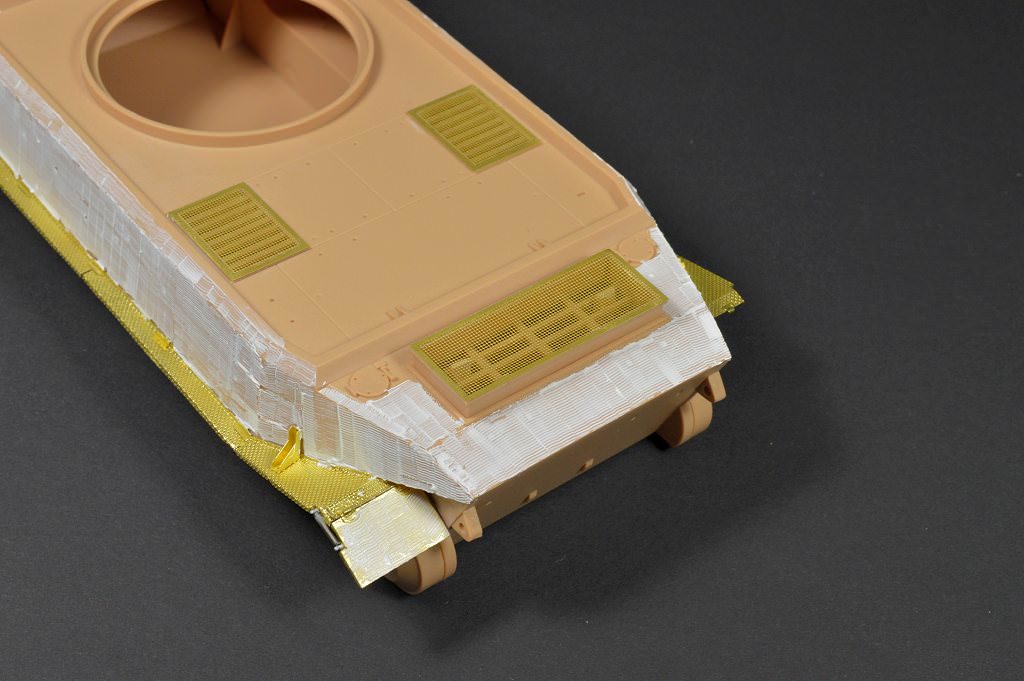 As before with the Tiger I I've used Vallejo putty and etched rake tools that came with the Tiger. It's very quick and completely foolproof. If you're not happy with the result, just rub it off and start again.

Which kit had the rake tools?
AKA Maschinen Krueger