Great start. I have issues with regular bogies, can't imagine doing doubles.
Cry Havoc and let slip the Dogs of War
TreadHead is NOT an ugly word

.
Great start on this monster Adam!

Got a bit more work done this week. Have mostly completed the front end by adding missing welds from stretched sprue. 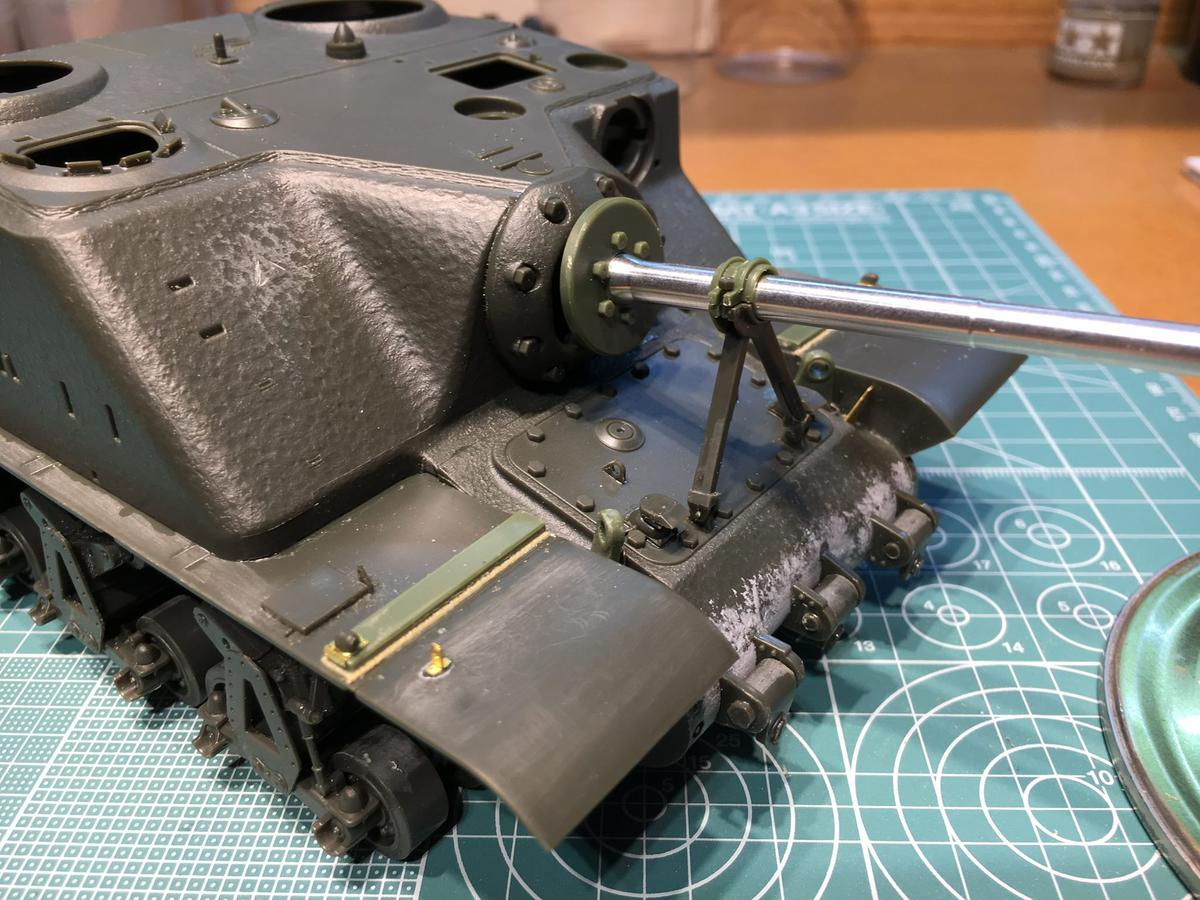 I also removed the "experimental" badge from the frontal armour. Attached the large, cast, upper superstructure after removing and replacing the "tabs" that were meant to represent grab handles. Pretty poor work from Meng here, they didn't even try to represent them in styrene. Also replaced the gear stowage tie downs with PE and wire. 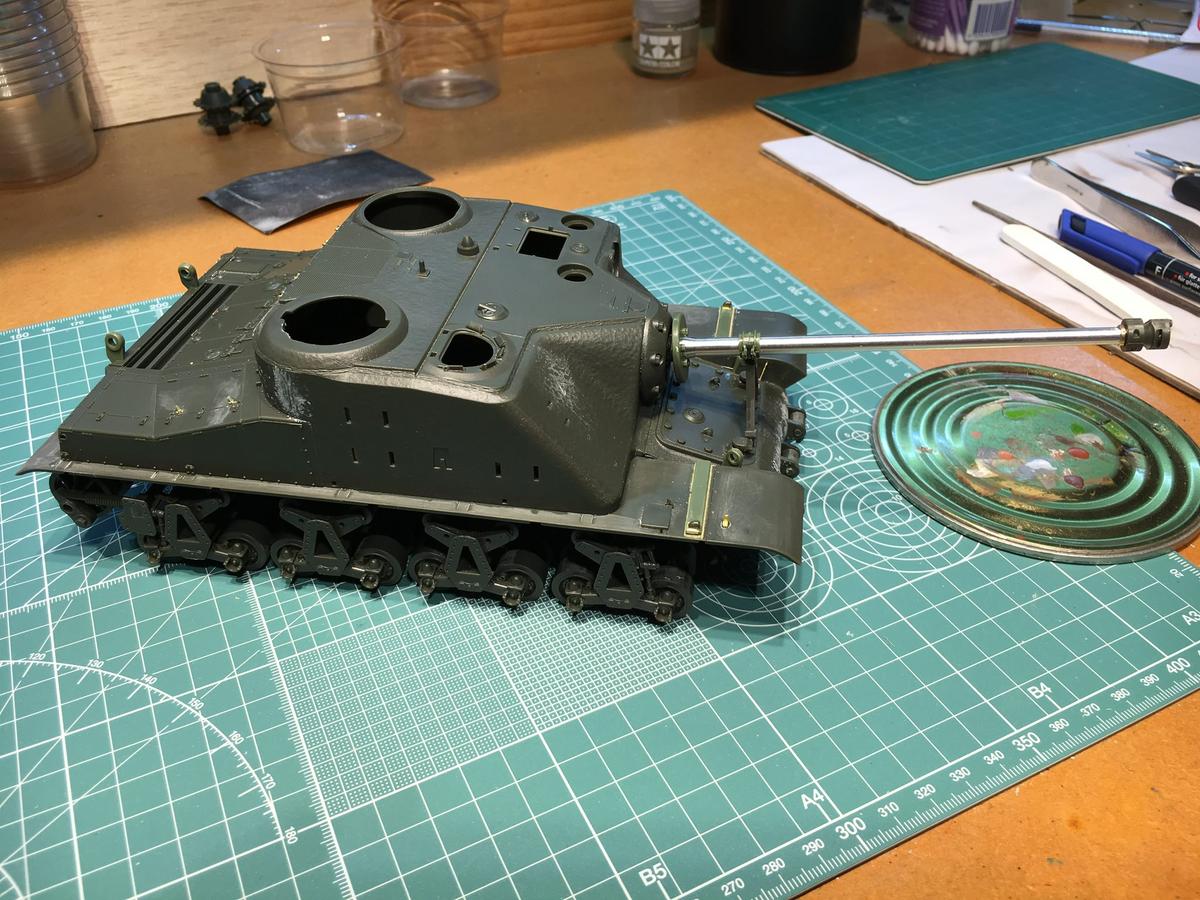 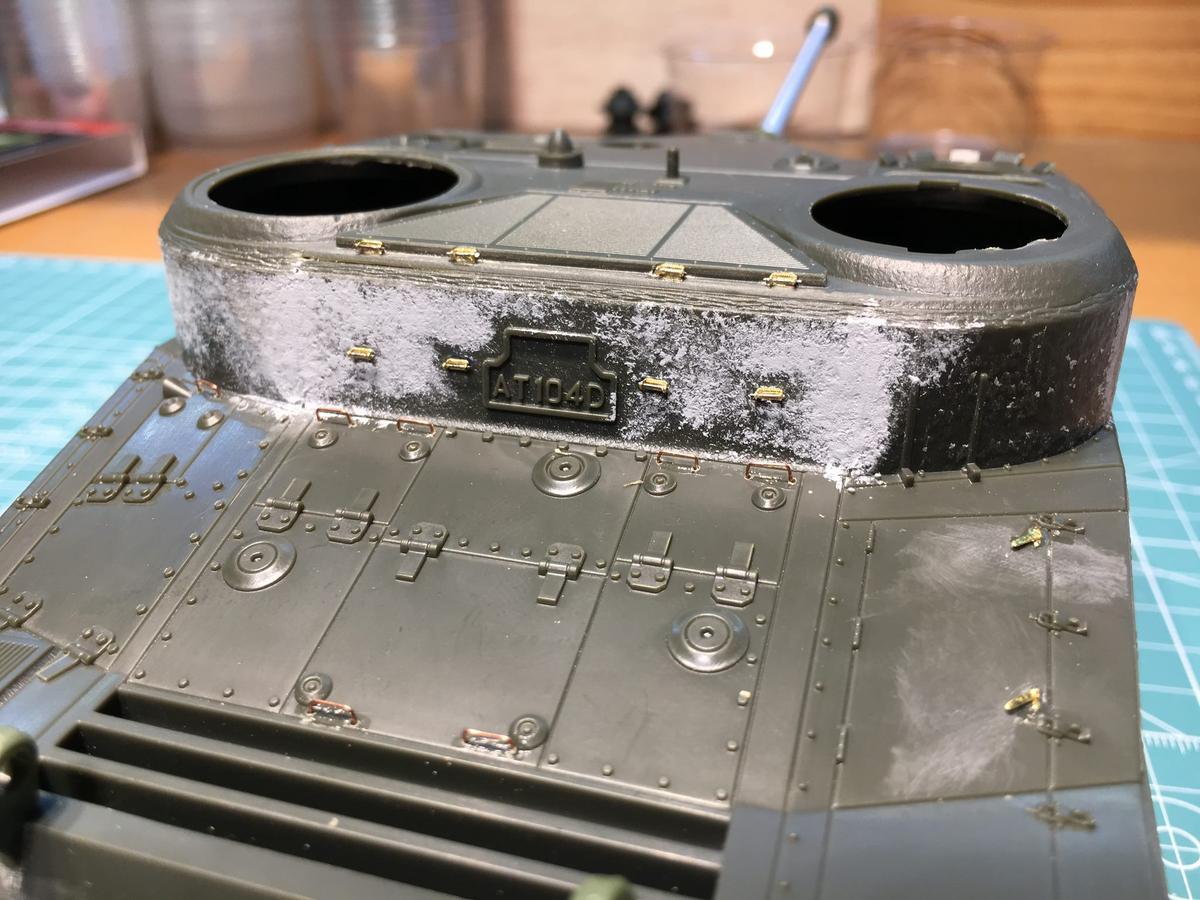 Have blended in the rear panel in the casemate and reapplied the cast texture, still some work to do on this.

The rear end was poorly detailed so have used the PE set as well as replacement of the moulded "tab" grab handles with copper wire. 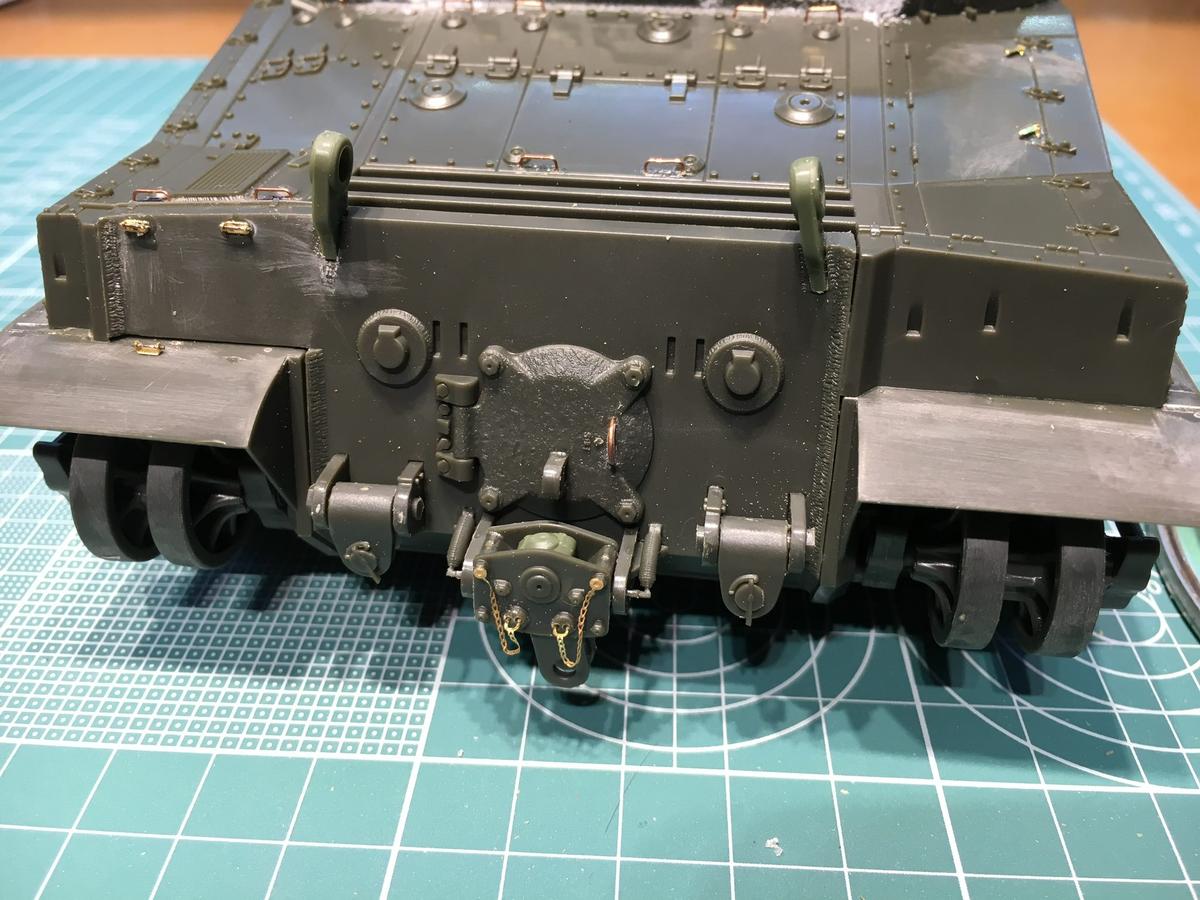 The gun barrel is an after market RB offering, I also have RB Besa barrels for the MGs.

Still a lot to do here, this is an early Meng release and they have cut a few corners, but overall should build up nicely as I correct the most glaring omissions.

Enhancing the little details can be so satisfying

It really feels enormous looking at your build

Little bit of progress this weekend, tracks are complete (well the bits that will show under the armoured skirts, so incompletely complete 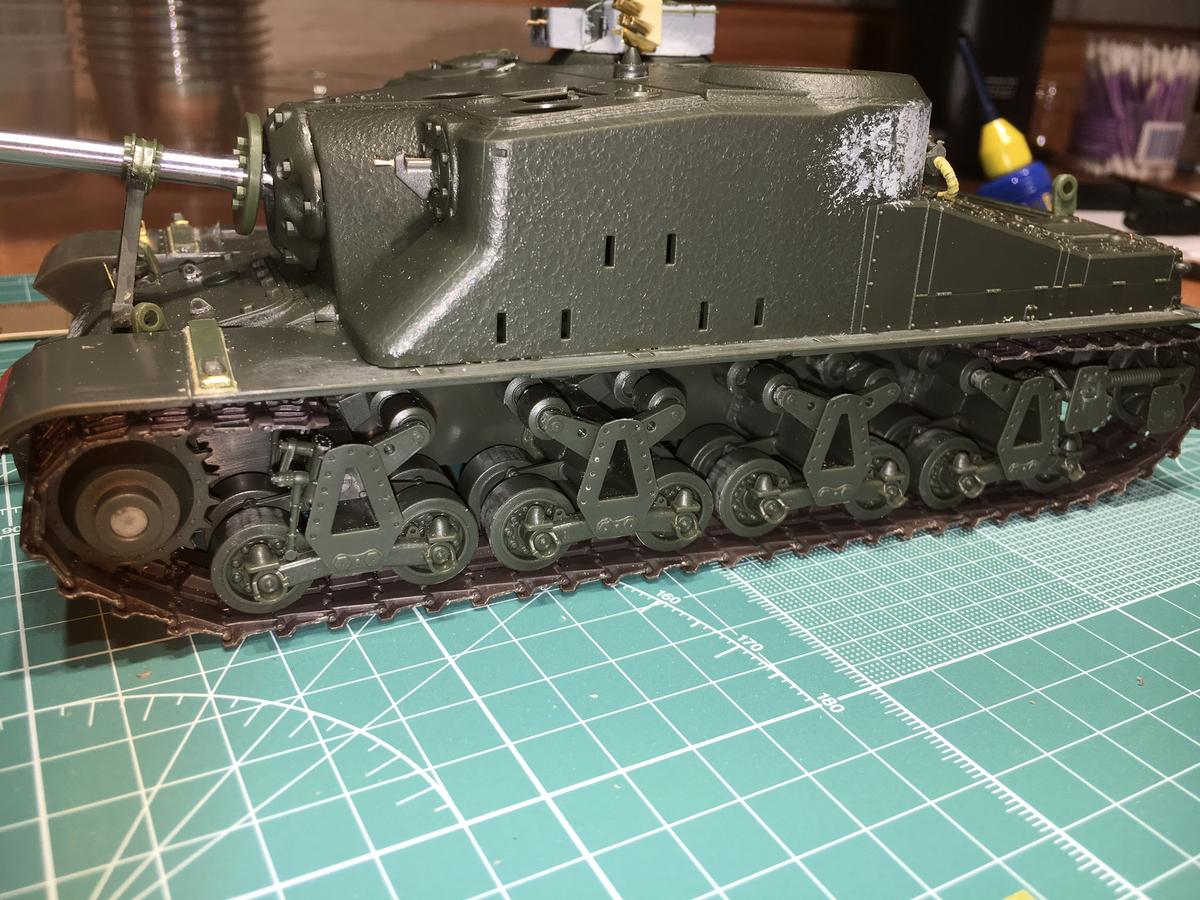 Some of the fine PE details like the jerry can holder and some of the external wiring are done. I've completed the MG cupola. The whole turret is cast but Meng has only put cast texture on the roof so I've added cast texture with Tamiya putty. I've added wire handles, PE details and the resin and PE smoke dischargers from Voyager. Doing those took almost as much time as the whole turret as the resin block had to be drilled to accept brass tube. Besa barrels are from RB. 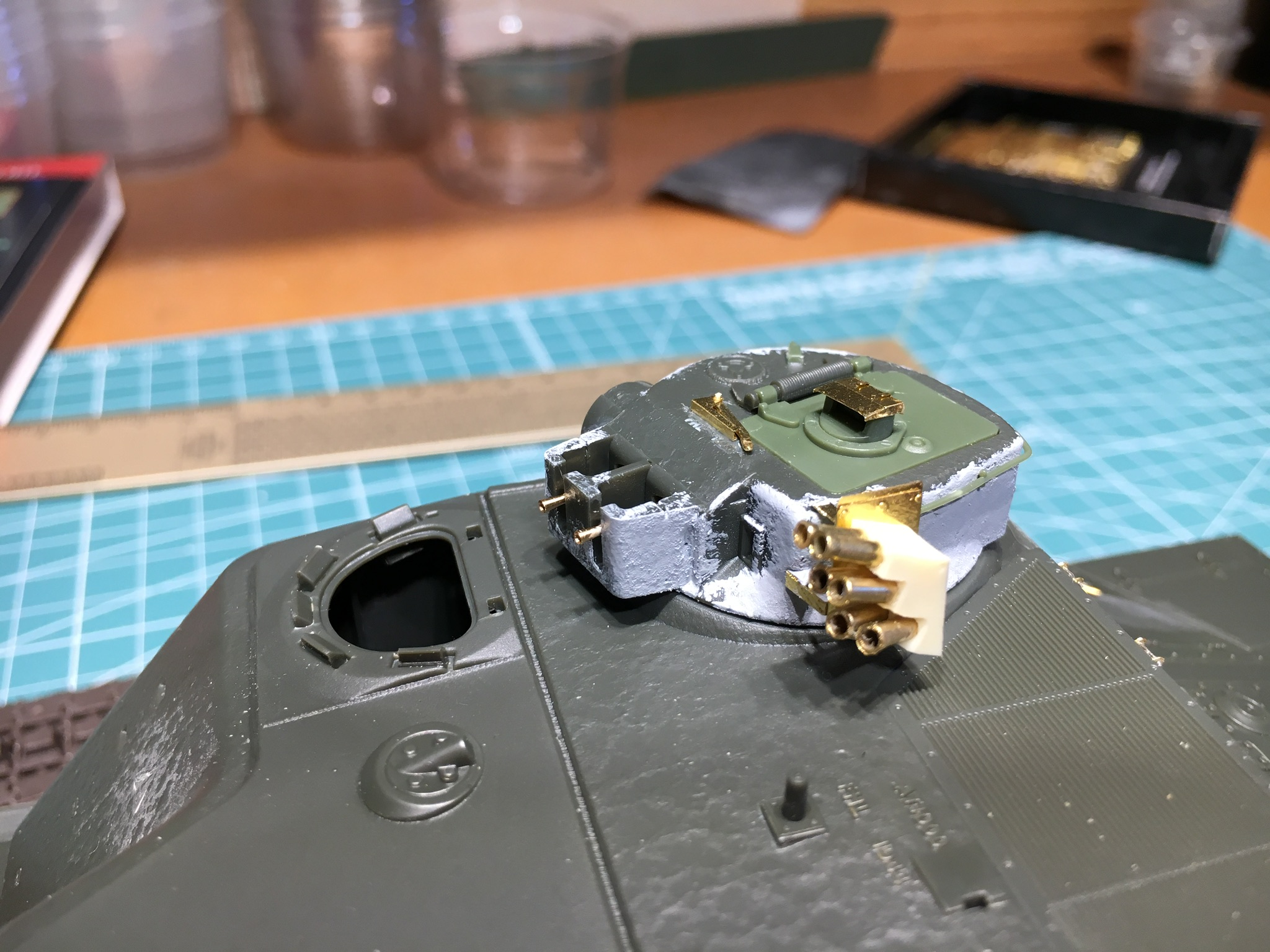 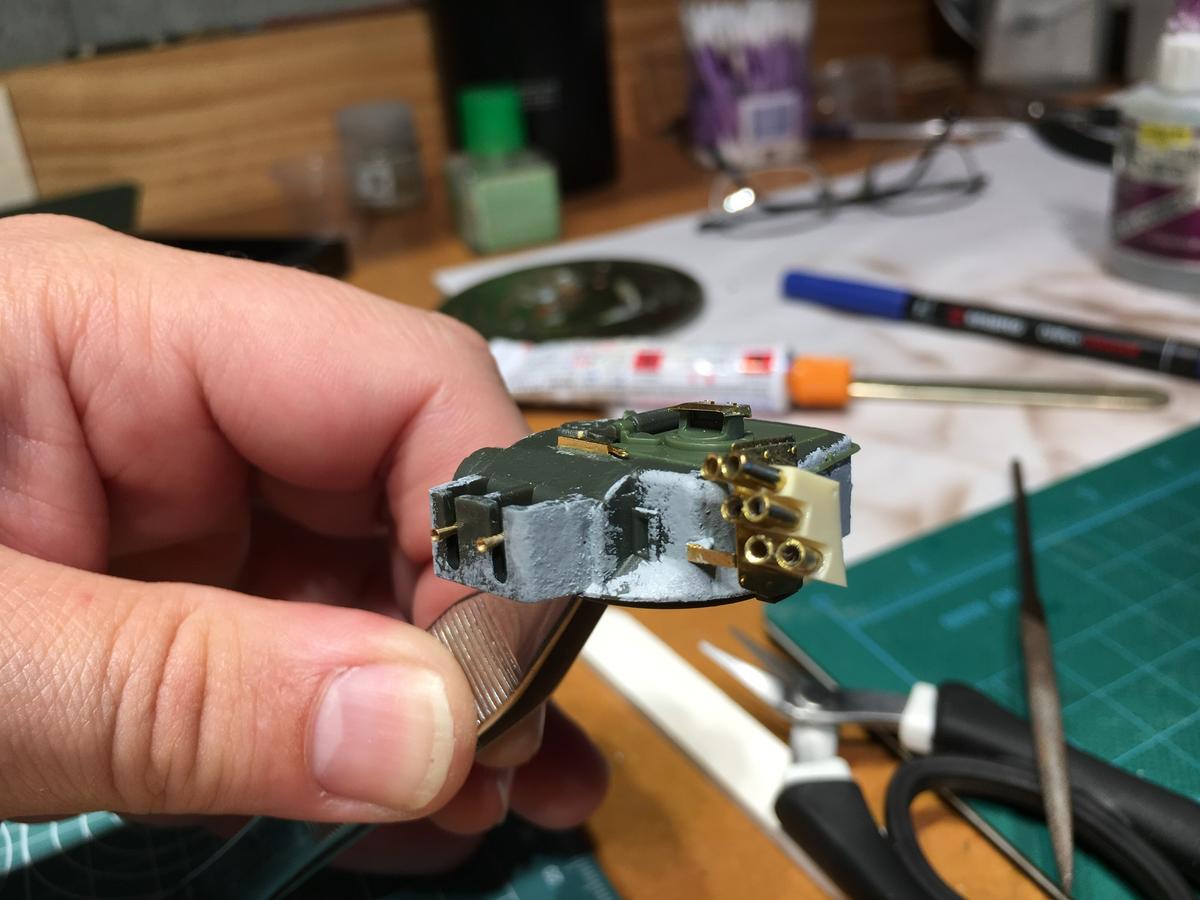 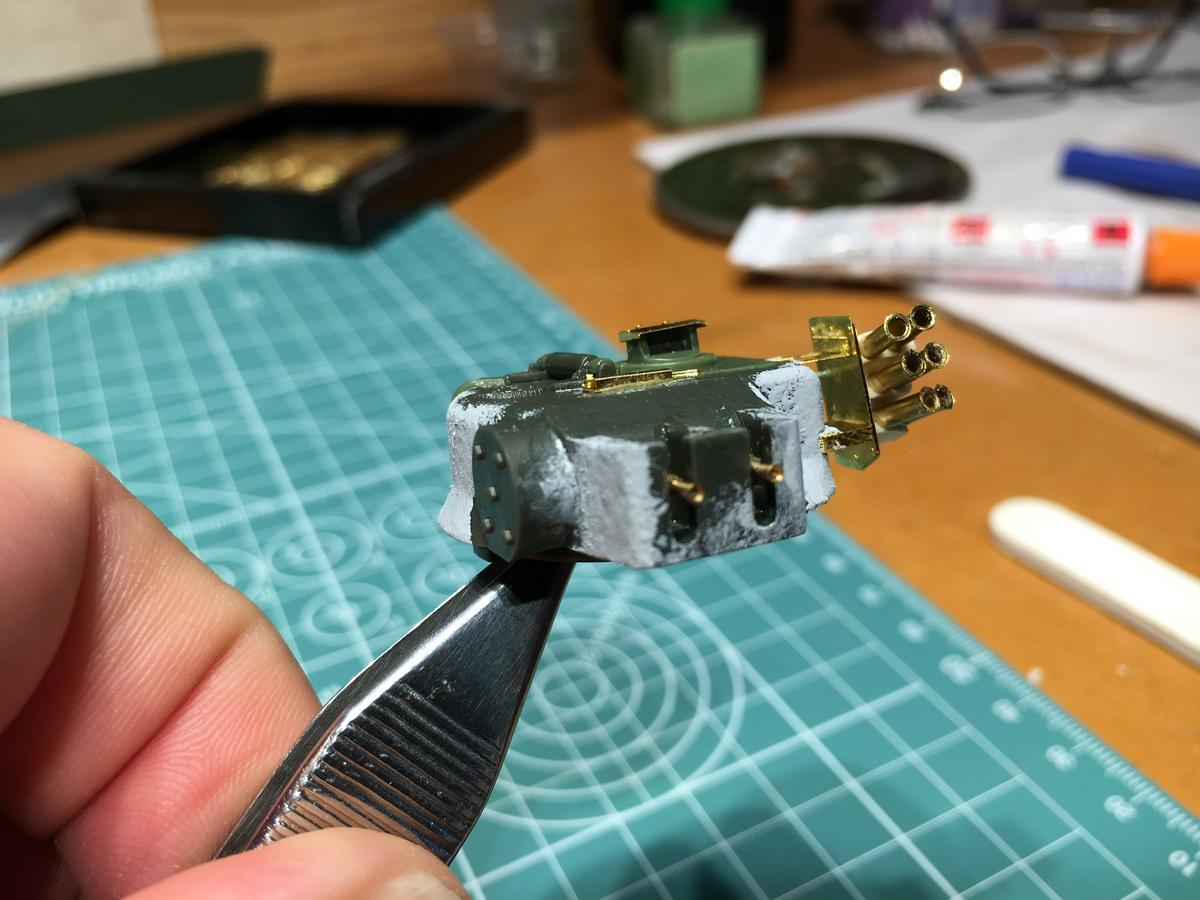 School camp this week, 114 eleven year old boys, 32 adults and 7 teachers, one doctor (me). A week of twisted ankles and rashes!

Since I took the pics I've added the exhaust system and the other hatches to the roof, not worth taking pics of as all straight OOB.
I'm a serial kit starter....
Completed Campaigns:

I think you'd need a real Tortoise to survive that

You really have picked out the micro detail work, and a superb upgrade on the mini turret too