The elderly among us might remember this thing from days of yore on Modelarmour. As far as I remember it was my final project before the site met its doom.

If you don't know what a VK 1602 is....well, it's a Panther the size of a Panzer III with a 5cm gun. It was supposed to be a reconaissance vehicle, developed together with the "real" Panther, but after constant delays the project was silently dropped in late 1943. The turret design was used for the Sdkfz 234/2 Puma, which was probably a much better recon vehicle to begin with.

There are two kits by Amusing Hobby and Hobby Boss, this is the former. It comes with a workable suspension and tracks as well as loads and loads of optional parts to customize your kit. 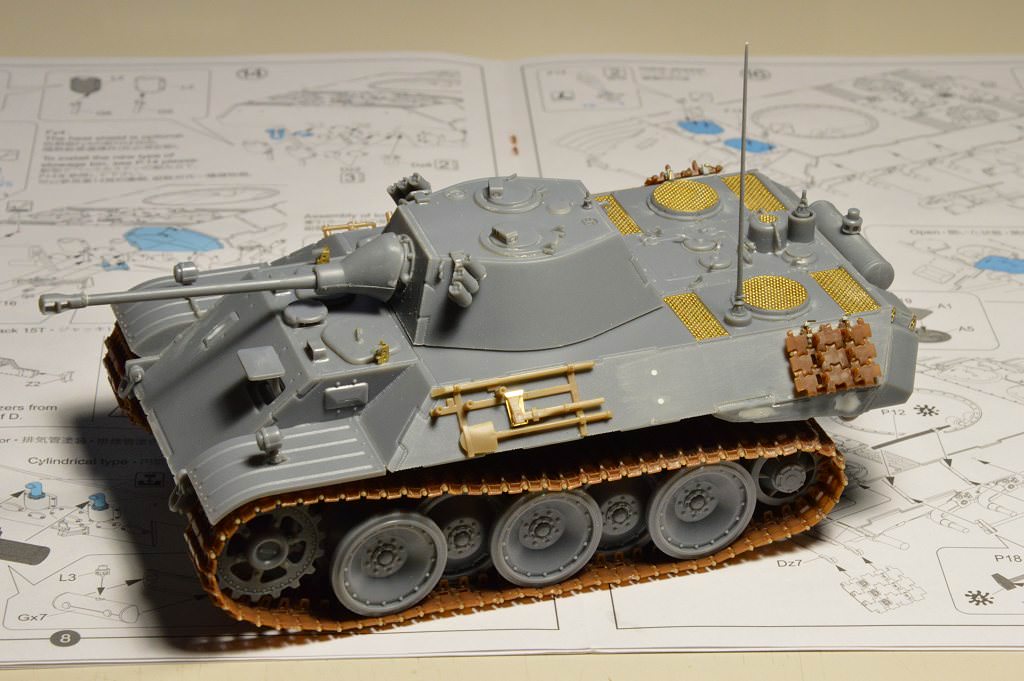 Back in the day I wanted to make a Soviet captured tank with all German markings painted over: 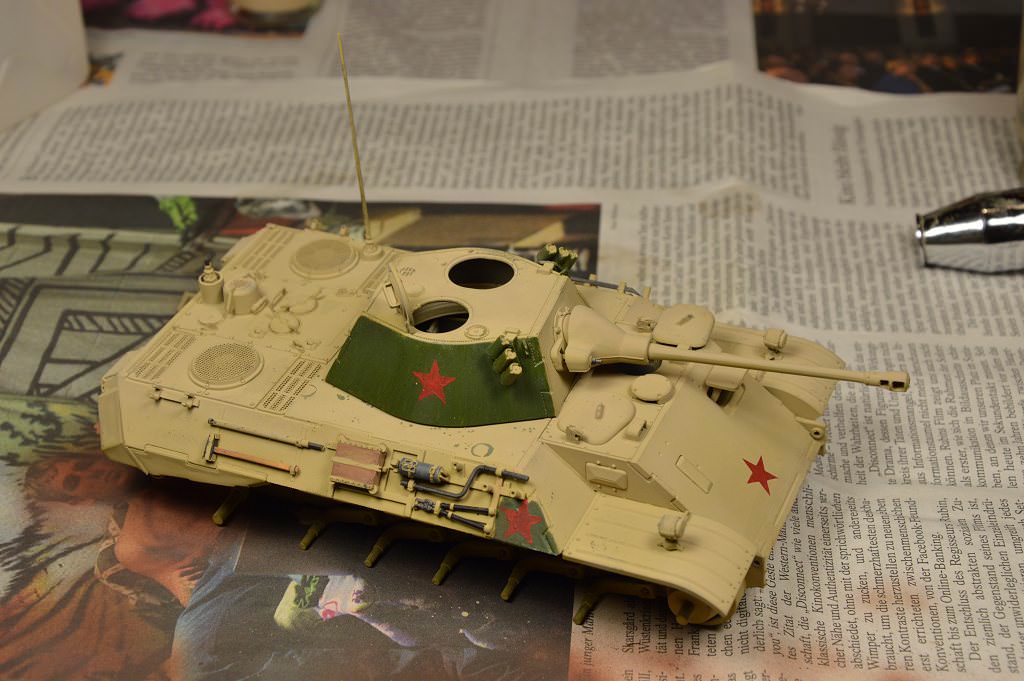 According to the photo metadata I had last worked on this in May 2014. Not that long ago for my standards, but still feels like an eternity....

However, I never was really happy with how it turned out, and so at some point in the past most of it ended up in a bath of oven cleaner to start again fresh.

Today I finally decided to give it another try - I added a few parts and now it's basically ready for a new paintjob. 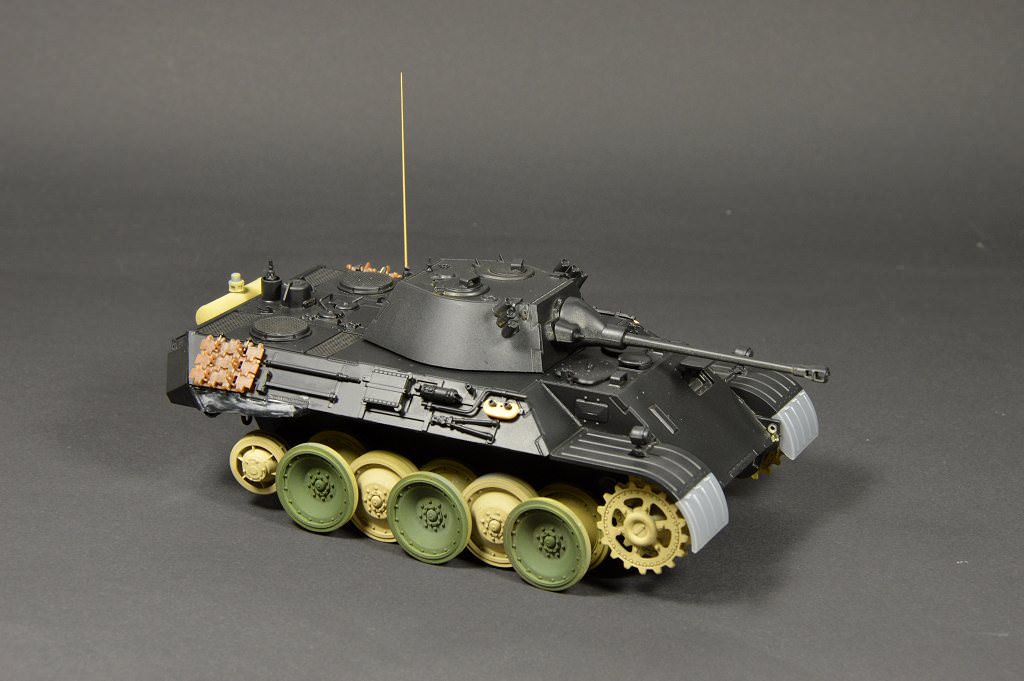 I've decided to go with Panzer Grey this time - the first Panthers were built in late 1942, and if anyone had put even a little effort into this project it might have seen the light of day before the change to Dunkelgelb. To me it's always quite fascinating to see a "modern" design in the iconic early war grey colour.

Some paint tomorrow I hope

I remember this one Philipp and it's good to see you revisiting it.

I like what you have done and the dark gray fits nicely. There is something about the "little Panther" that is very appealing though I have to admit to having an appetite for "What If" subjects. There is even an element of the Meng Cartoon style kits about it.

Yep, it's by all means a caricature of a Panther...the clownish colourful outfit it has right now probably doesn't help either

The dark colour is black primer, grey shall follow ASAP.

I've got the HB version of this and your revisit might be enough to boot me across the line and get mine under way...

Interested to see what it would look like in Panzer grey.
I'm a serial kit starter....
Completed Campaigns:

Looking forward to yours

But be warned, the tracks are of the "separate guide horns" variety... 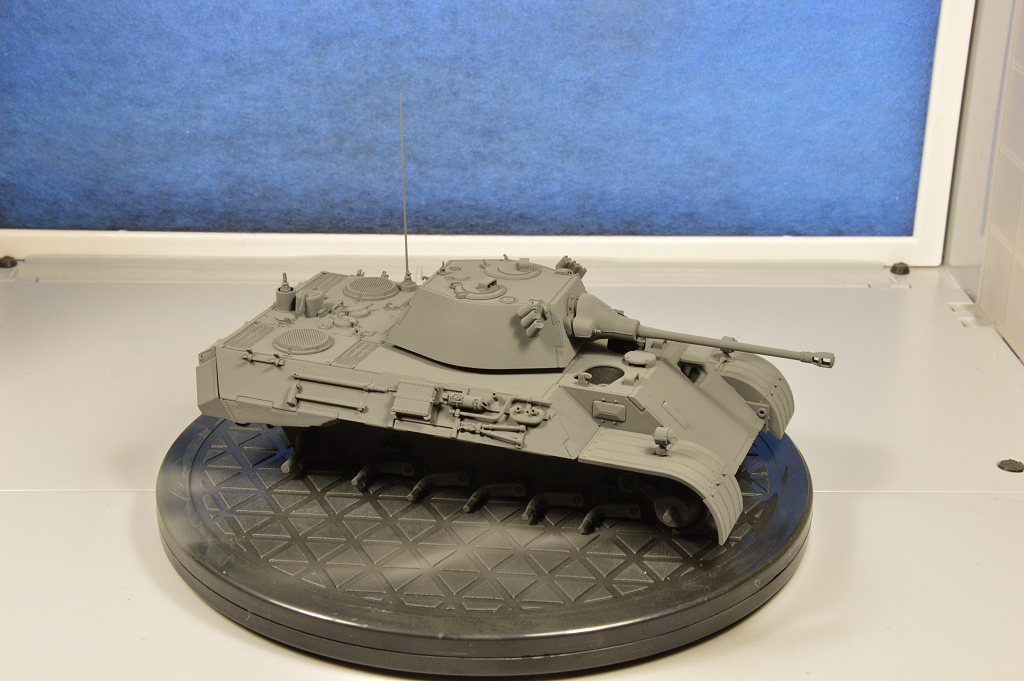 Since I set off the fire alarm last time....I do now have a spray booth. 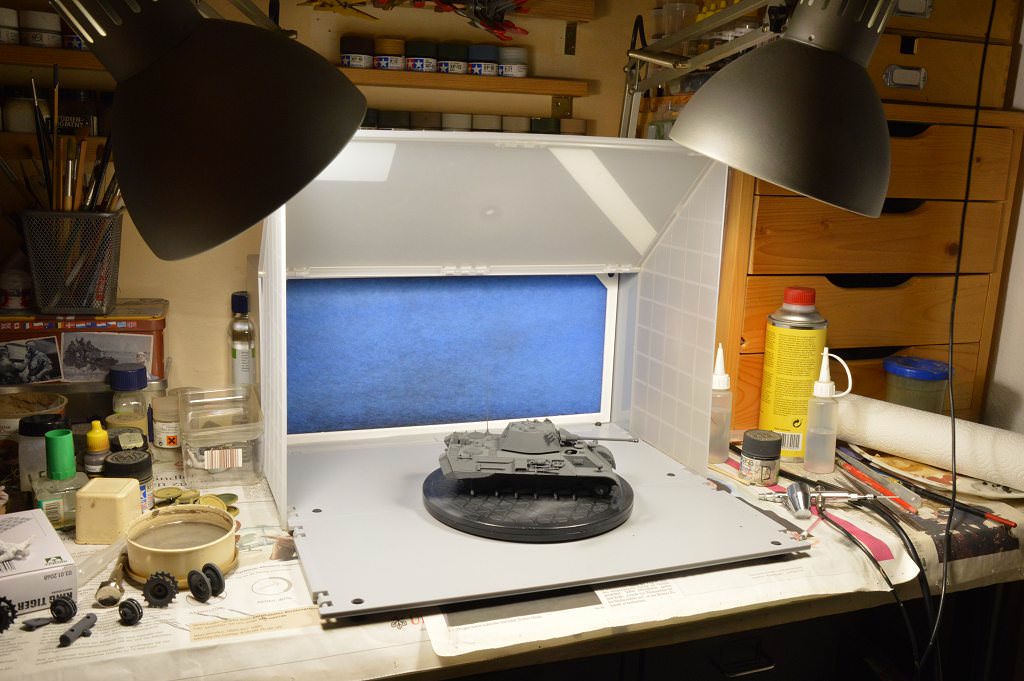 I didn't finish the wheels today since the AB started sputtering water...more tomorrow?

Back to business. To avoid further track-related nightmares I've switched back to this one. Besides starting detail painting I've also added a commander figure. This one came as a spare with the Tasca Luchs, I've added an Alpine head and hands: 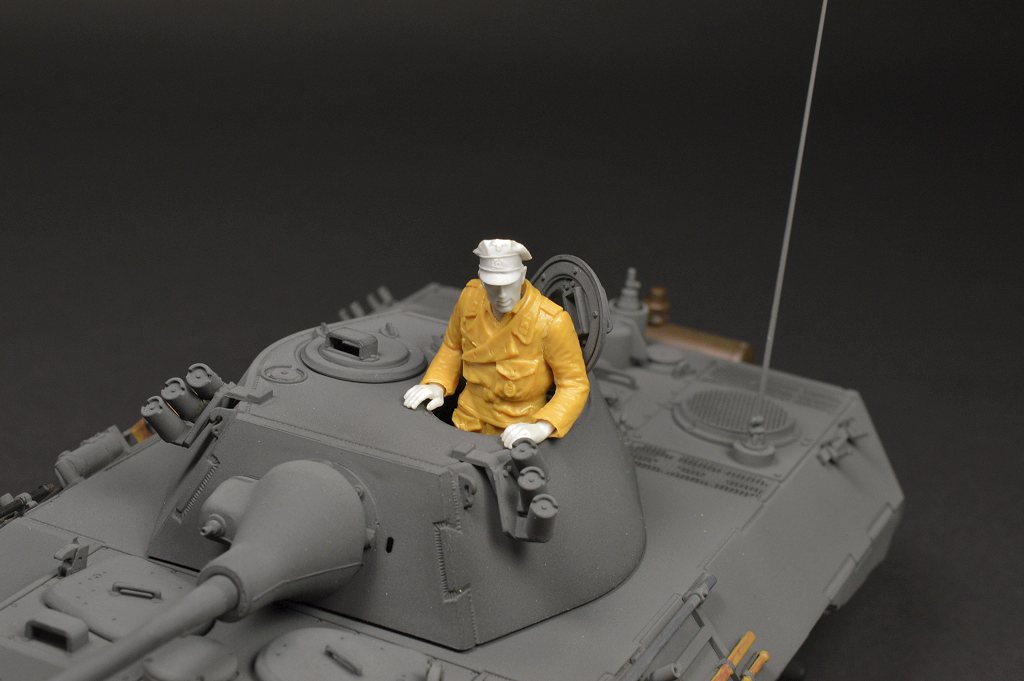 My idea is to have this one on field trials in early 1943.

Looking good. Definitely a weird looking tank.
Cry Havoc and let slip the Dogs of War
TreadHead is NOT an ugly word

The Panther kitten finally got some markings... 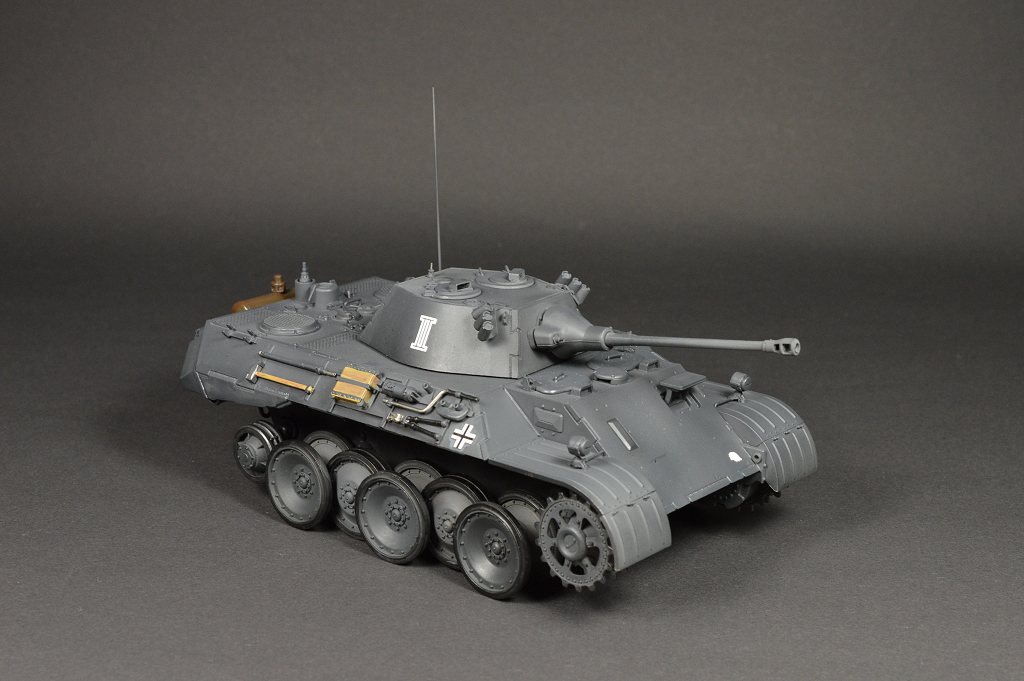 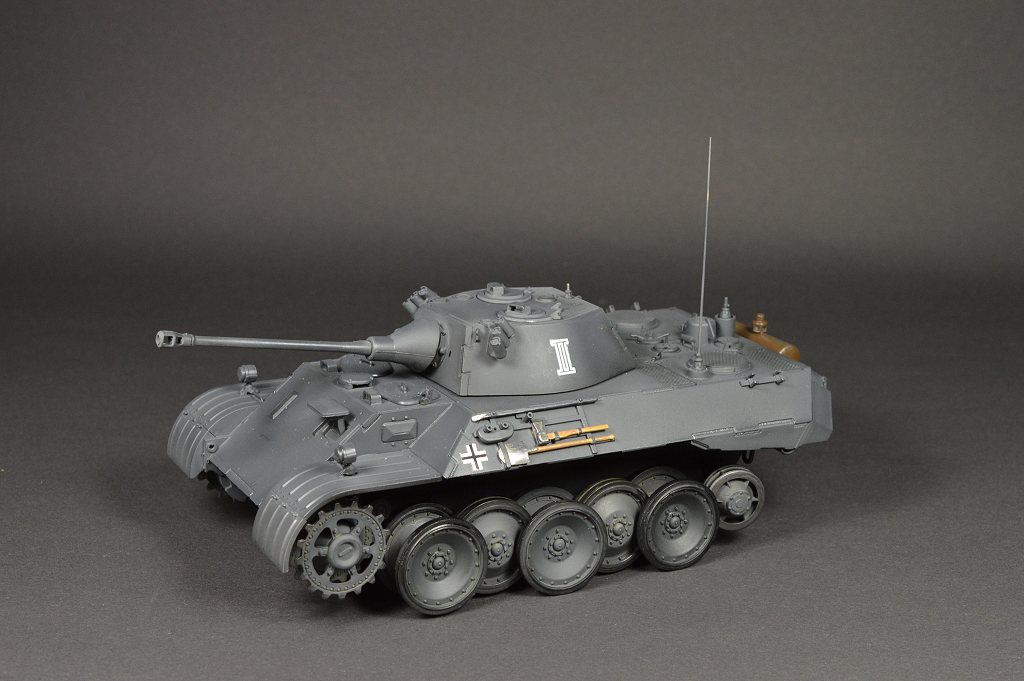 And in case you're wondering just how big it is.... 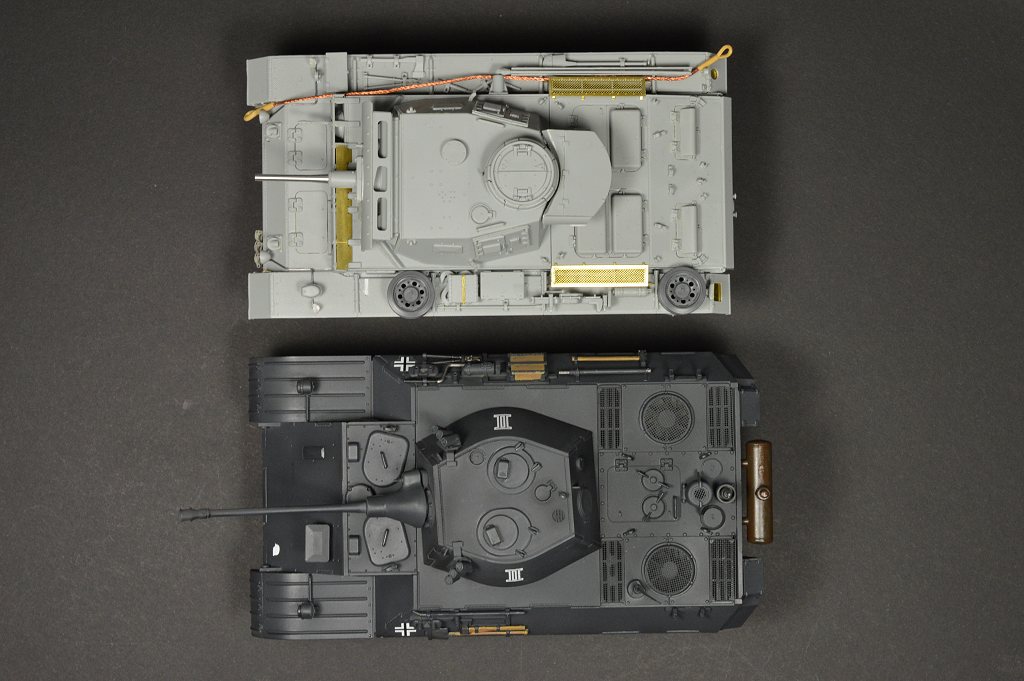 Thankfully I finished the tracks on this one years ago

apologies for my continued absence, work and social obligations have kept me busy, but in my rare free moments I was able to get something done after all. Not sure what divine inspiration caused me to resurrect this ancient shelf queen, but I've somehow managed to get it reasonably close to the finish line... 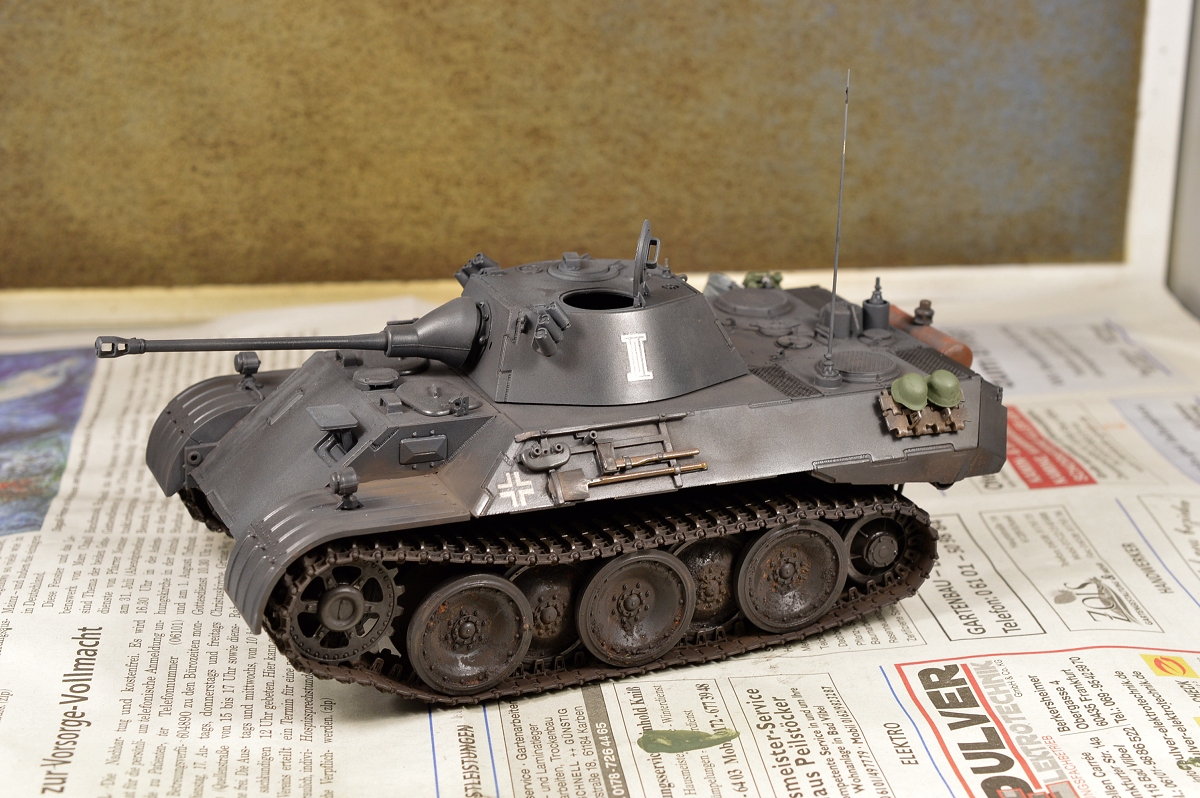 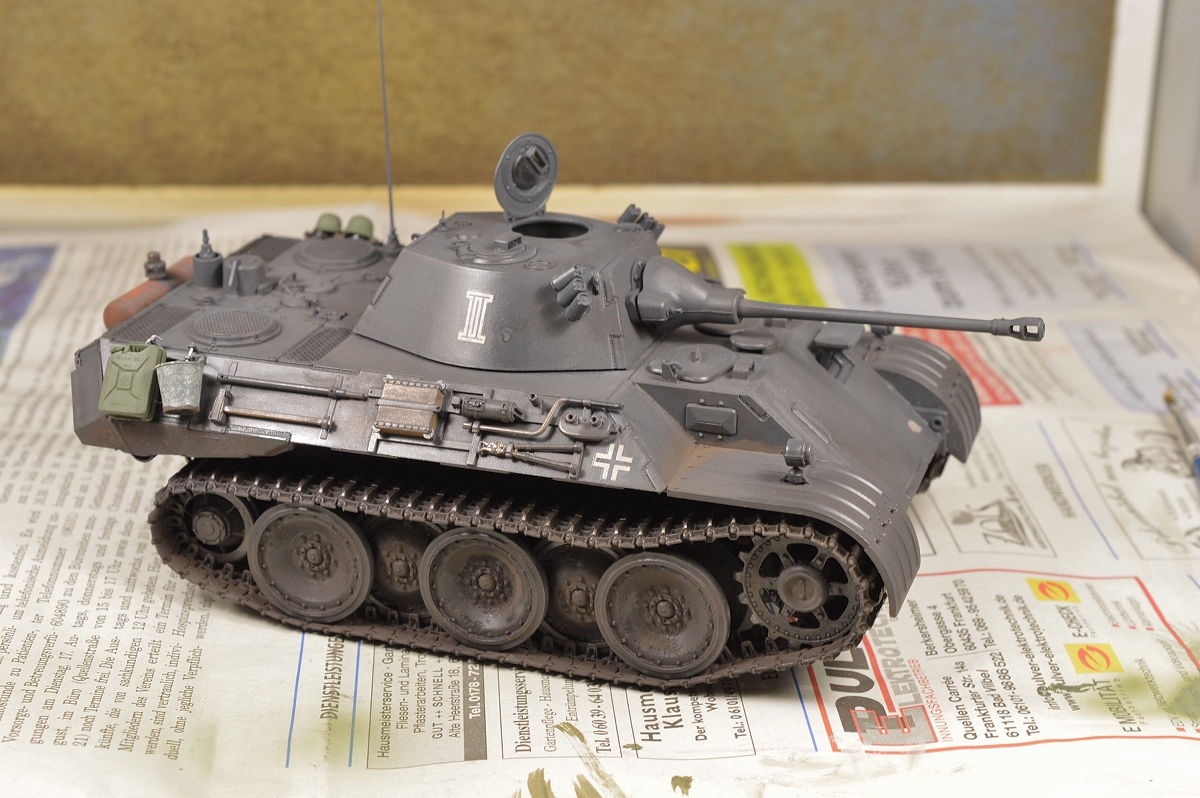 All that's left are some minor touchups, the commander figure and a little base and I can finally call it done...roughly 8 years after I started it