This Soviet artillery piece, originally known as the 45 mm anti-tank gun M1937, found itself employed at the Atlantikwall under its new German designation 4,5 cm Pak 184/1(r). Still in its wartime colours, it can now be found at the Tirpitz Museum at Blåvand, Denmark. 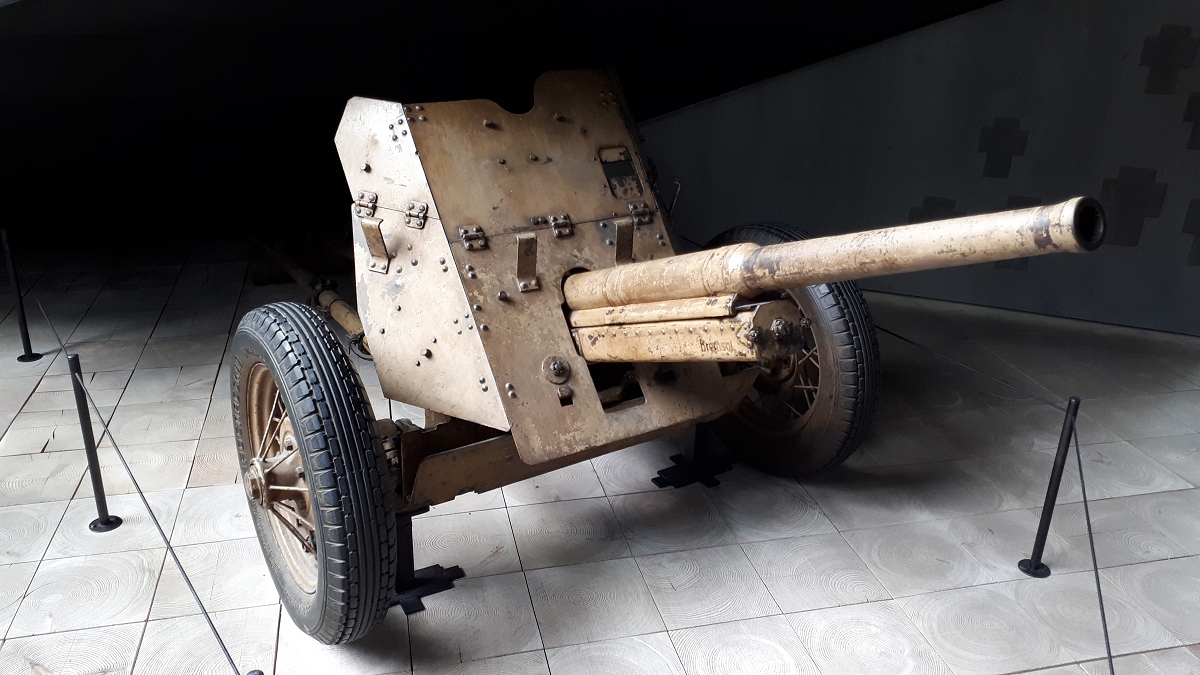