Show us what you just added to your stash here.
Post Reply
1556 posts

Never even knew Verlinden made such stuff...

Any chance for a few photos of the box' contents?

As requested, standard size ball point pen for scale next to the trail legs.

I was thinking of a variation of Steve’s idea for rifling. Slightly over drill the barrel (diameter wise). Use a thin strip of styrene card the same length as the diameter of the barrel and scribe “grooves” in it at a slight angle. The remaining raised portions would be the “lands”….roll and insert in the barrel.
I'm a serial kit starter....
Completed Campaigns:

Anyhow, I got some stuff... not by far everything I collected in my stupid panicky oy-vey-iz-mir year long...whatever, but the very recent things... what the other stuff is will be mentioned if I happen to use it and realize that it's new...

From Steve for Christmas I think and my birthday 2020 and 2021 (I'm halfway certain I forgot something here, please forgive me, I'm a bit through the wind as they say after the whole fridge chaos - oh yes, we got a new 417liters fridge because the old one died in rather spectacularly annoying and profoundly disgusting way...) =>

First one is Arthur Wellesley, 1st Duke of Wellington, KG, GCB, GCH, PC, FRS, victor of the Peninsula War and one of the victors of Waterloo, Field Marshall Gebhard Leberecht von Blücher, Fürst von Wahlstatt, one of the victors of Leipzig and the other victor of Waterloo, and of course The Great Thief of Europe, The Nightmare of Europe, The Devil’s Favourite, Le Petit Corporal, The Man of Destiny or simply The Emperor of the French Napoleon I... All roughly looking the way and with the decorations they had at Waterloo. 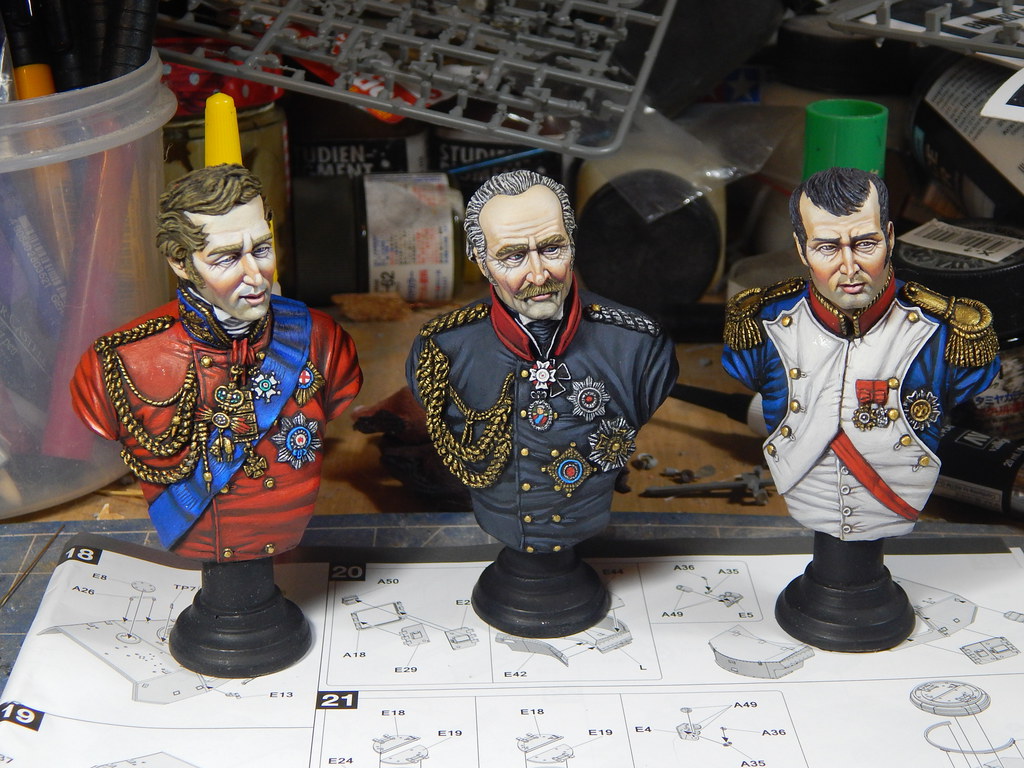 Need to find an appropriately spiffy place for them, maybe with the mil-hist books

Another of the glorious Peko photo books on, guess what.. StuGs 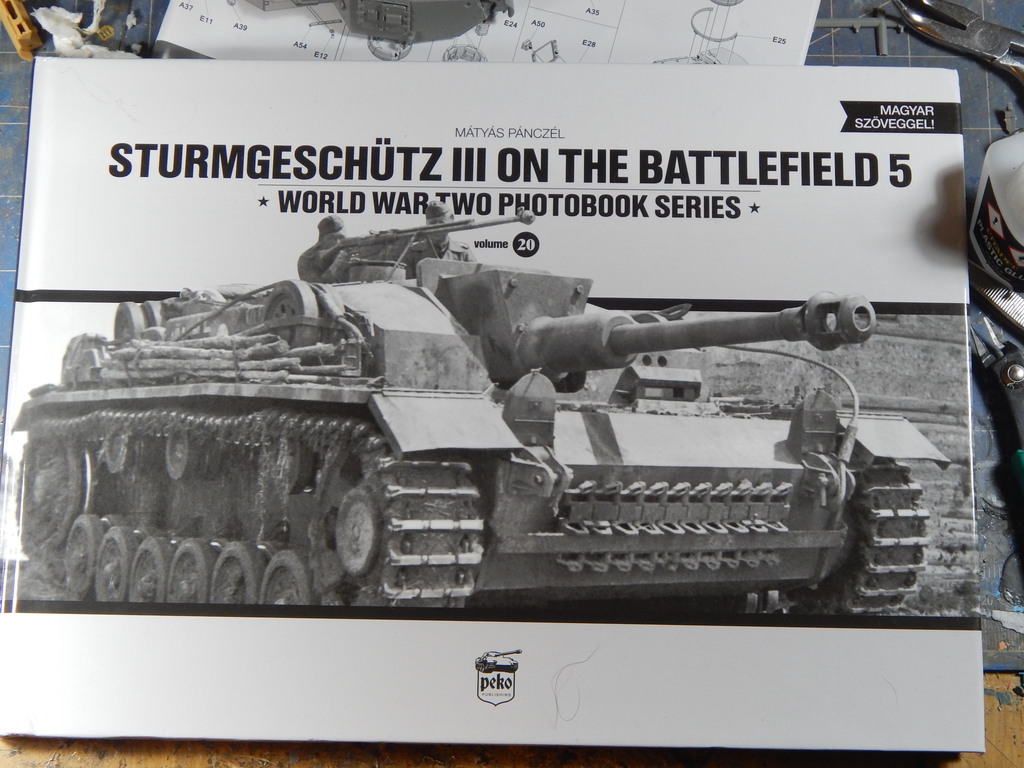 A BF108 - I'm not into planes, but way back when I dropped a comment about maybe doing a plane... and see what manifested! 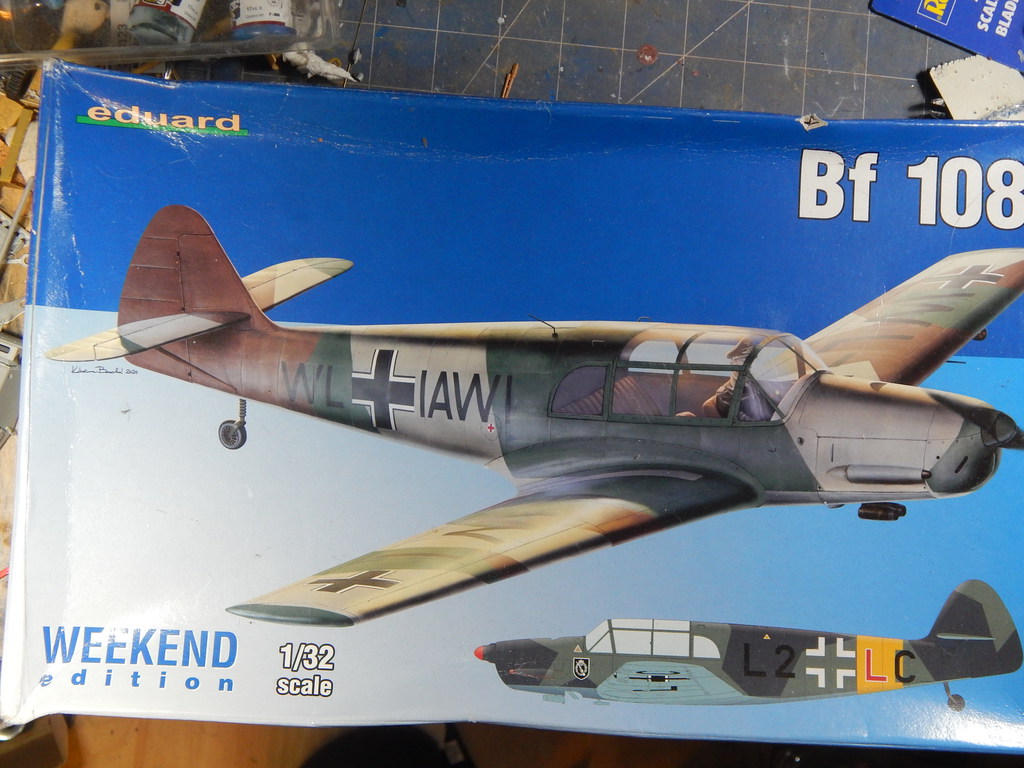 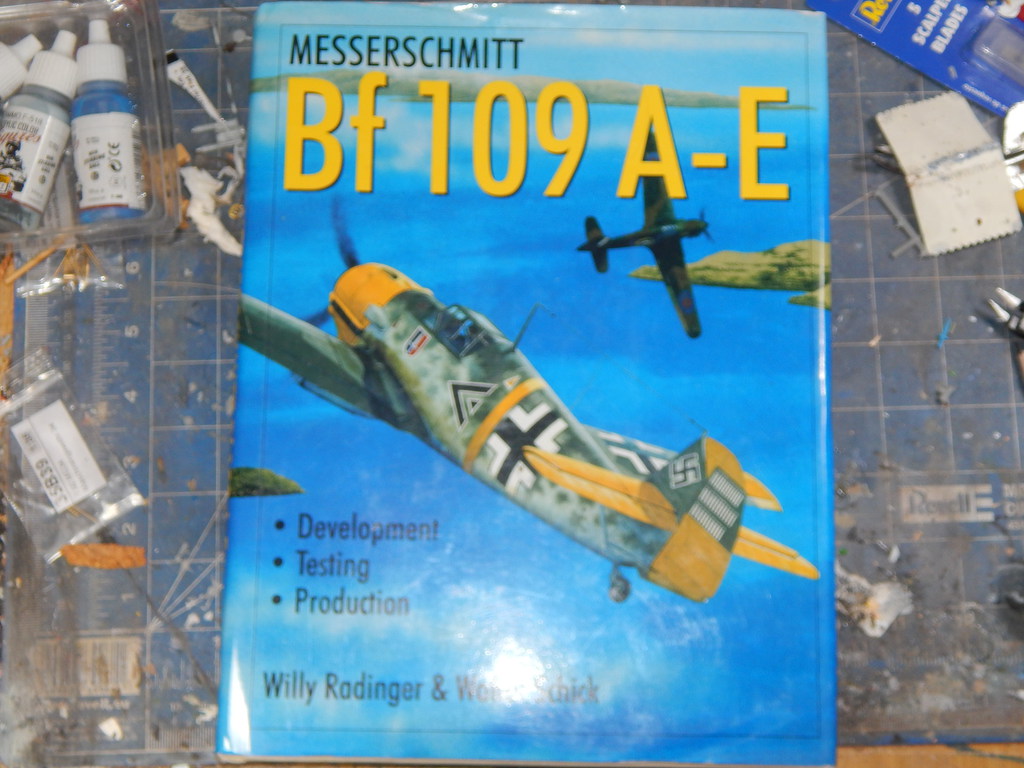 AND this one here for my recent Birthday, and boy is it a heavy box... with all the COMPLETE INTERIOR! 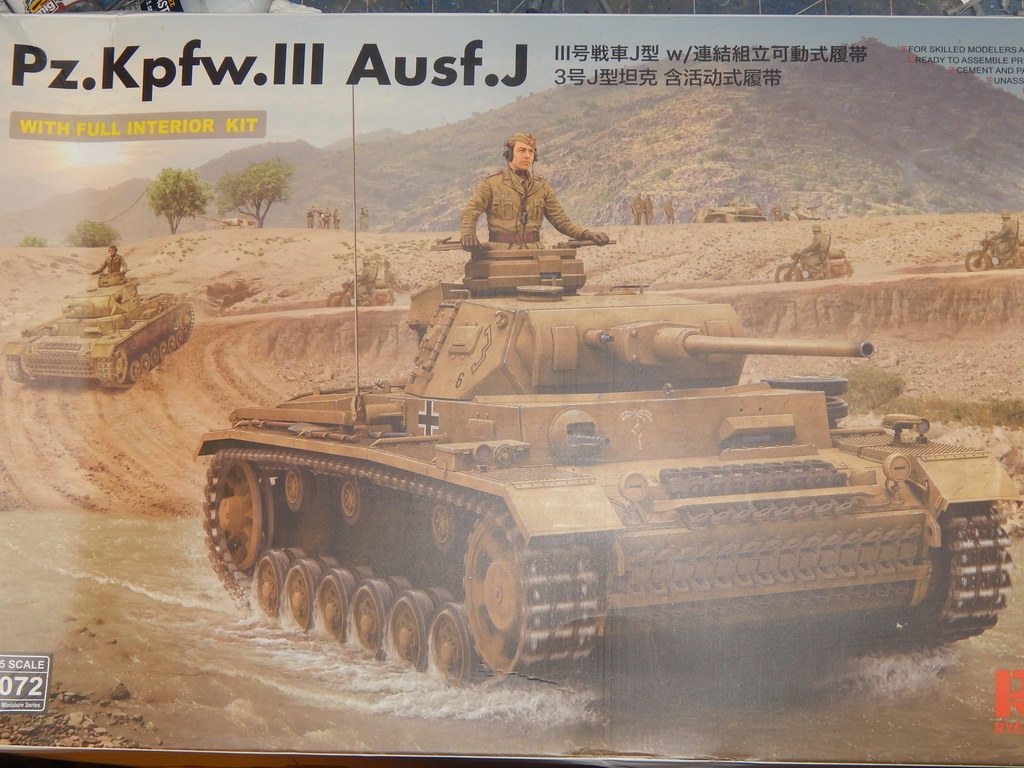 A huge thanks goes to Steve!

And I got this incredibly weird and Diesel-punk armoured... thing (again, with interior!) for my Birthday from Philipp => 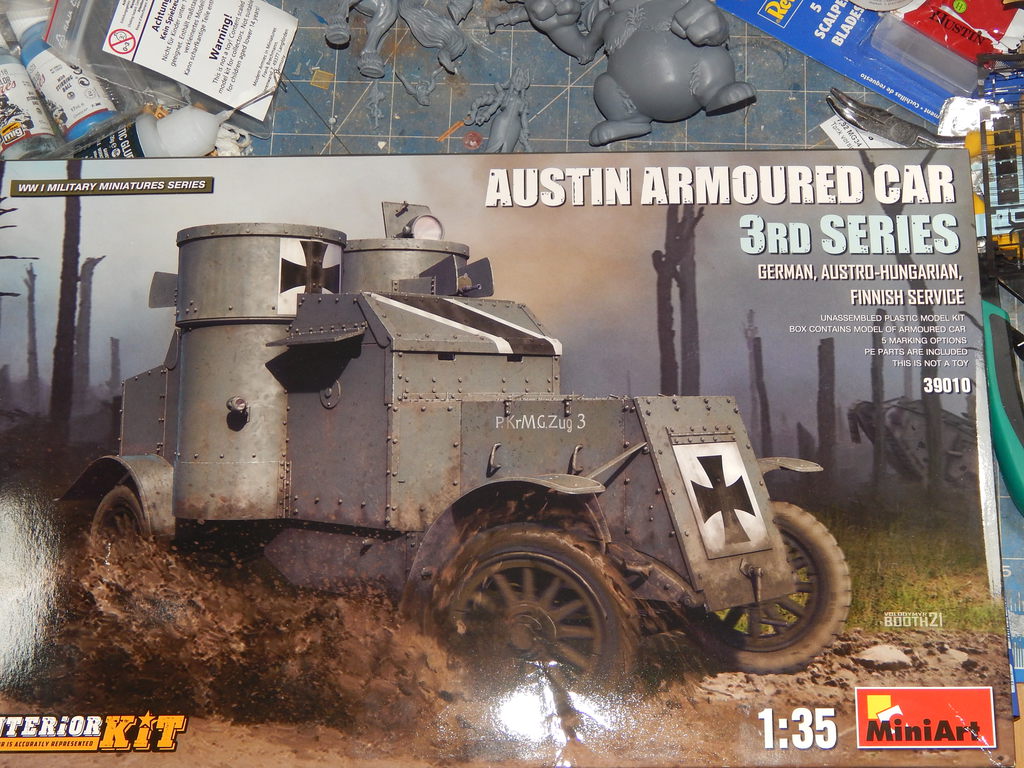 And then there's the rather eclectic and weird collection of 3D printed figures of assorted copyright infringement with exceedingly fun fake names, done by a certain German model-shop which shall remain unnamed.
Let is suffice to say they are awesome, without any of the common 3D printing artefacts and they feel more like semi-excellent resin figures (not just as super-detailed but getting really close).

"Hauptmann Hans" - totally not for the 41st millennium and most certainly not any officer of the Imperial Guard and most assuredly only by accident in gaming 28mm scale... 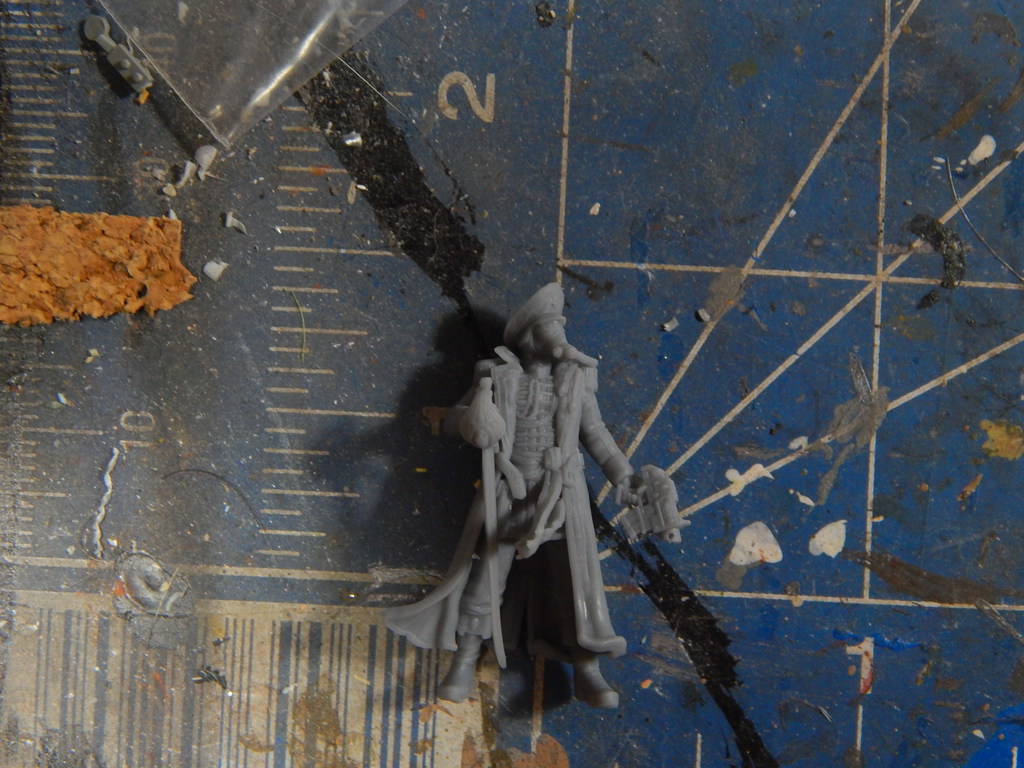 And interpretation of the King in Yellow, but after all he's just the title character of a closet play that drives you insane and not a figure of reality... or is he?! ("The King in Yellow" is a 1895 collection of vaguely interconnected short stories by Robert W. Chambers) 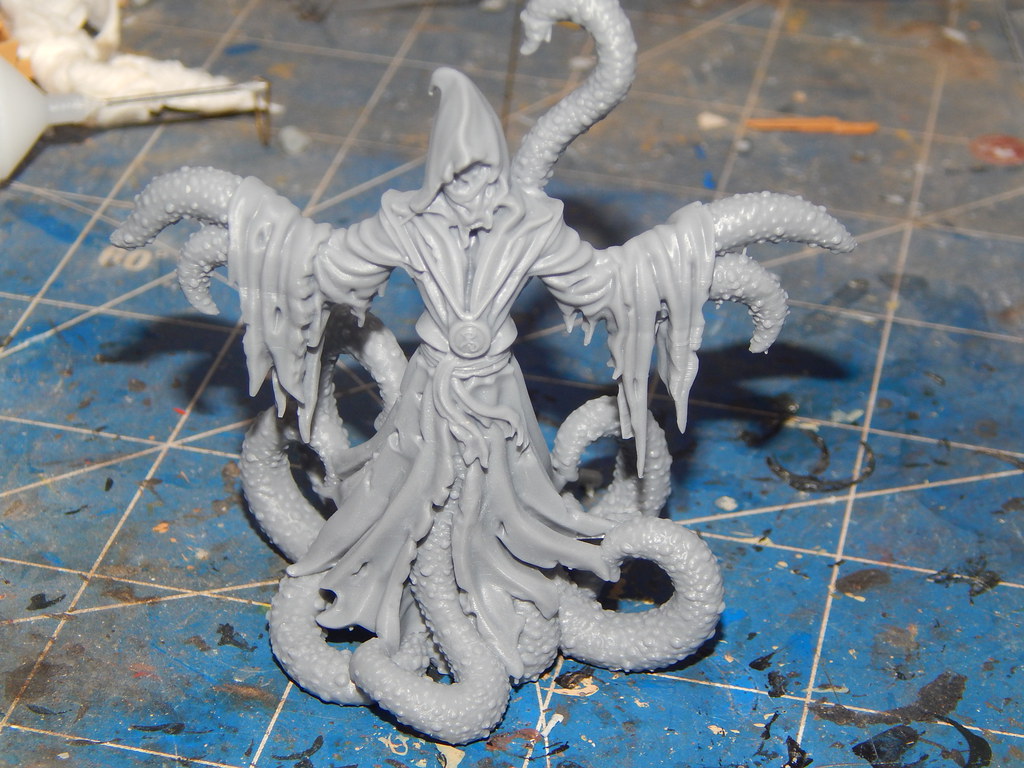 Then we have Diesel-punk Nicola Tesla, doubtlessly out to electro-fry Edison... 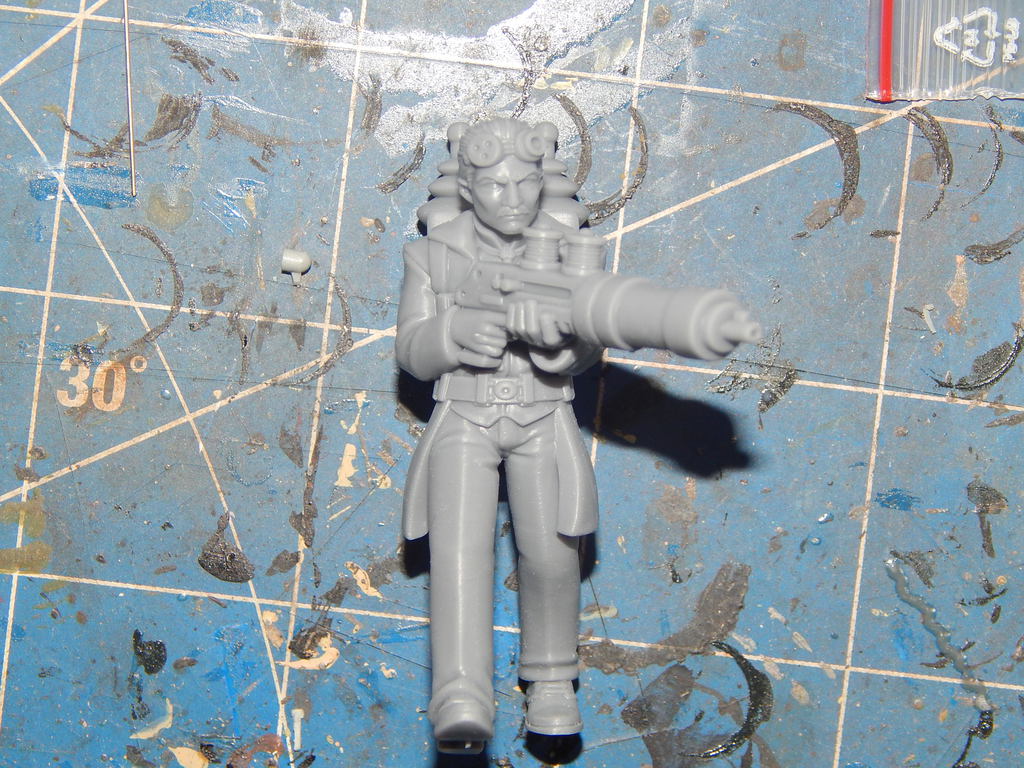 And a rather, shall we say substantially well-proportioned, steampunk wizard lady, whom I bought for the same reason as tesla: I already have a couple of weird steam/diesel-punk figures and some day I`ll use them for.. err.. something yet to be determined 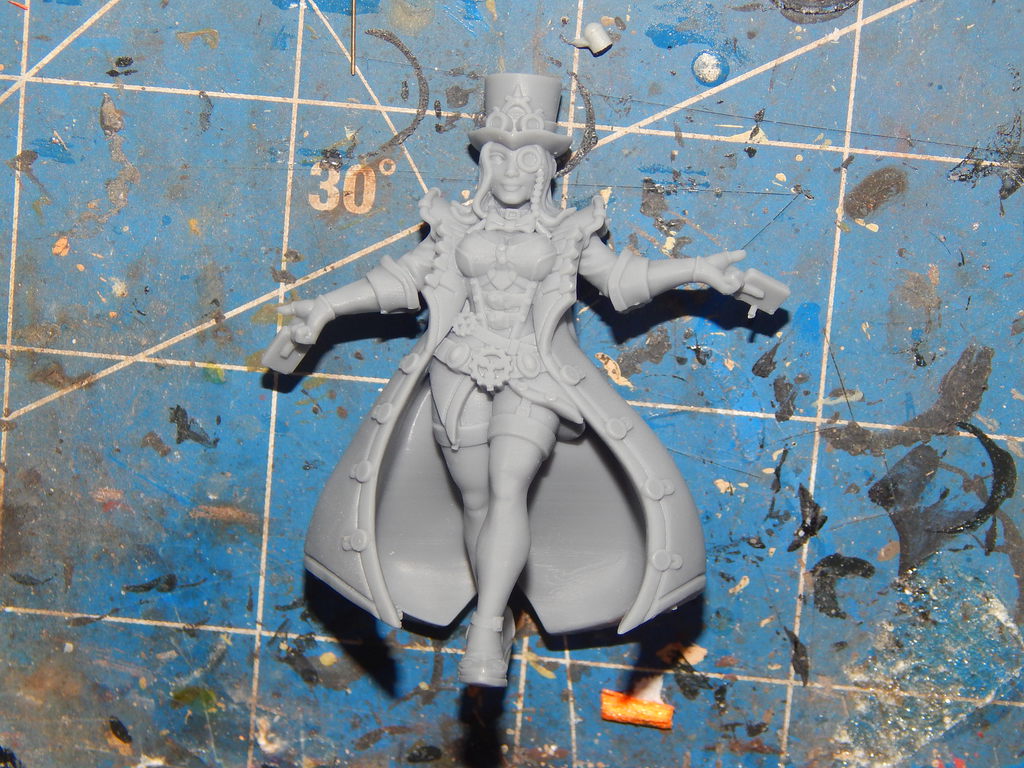 And here we have a rather large part of the cast of...errm... "Last Phantasy 7", also known as "not-Final-Fantasy-VII-the-Game" - I bought them to build something for my better half who always was a great fan of the game ever since 1997 and recently "100percented" through the sequel's first part in just 4 days of a free week...

From upper right corner to lower left:
Big Bad "Sepheriael" (that's Sephiroth...), "Dhiva" (Tifa), "Claude" (that's PC Cloud), "Garth" and "Cleto" (Sid the cat with the megaphone on the Mog, the big chunk in the lower left corner). "William Barr" (Barrett Wallace) and the exceedingly weirdly named "Eria Gettysburg" (not that Aerith Gainsborough would be truly be better name 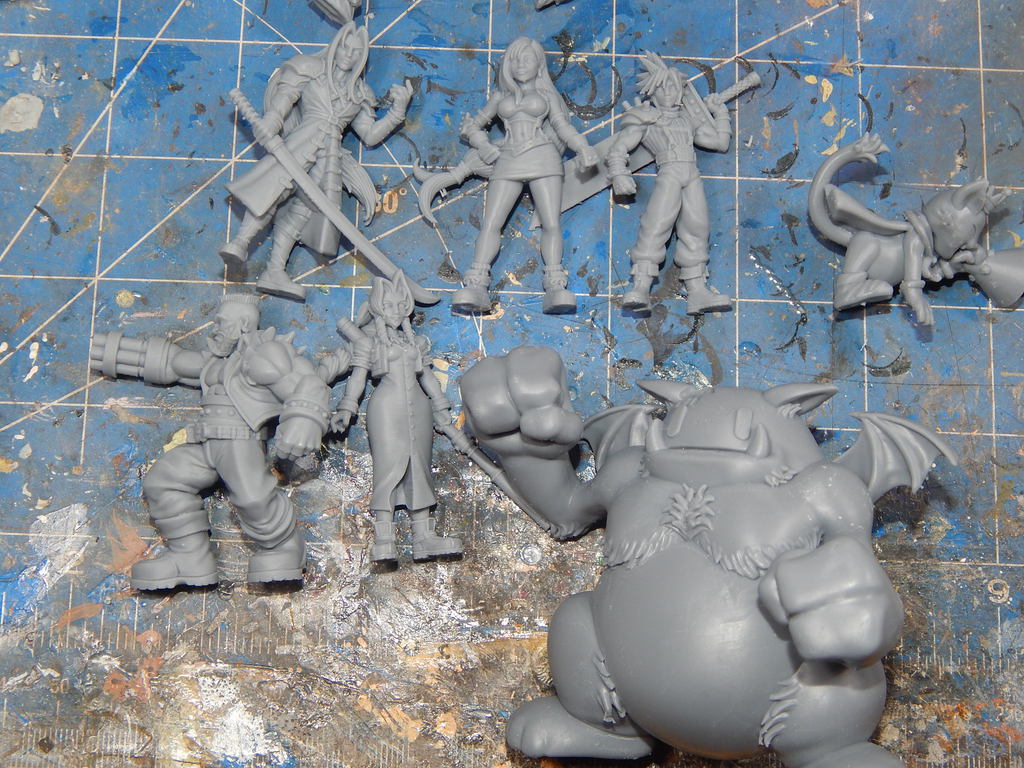 Also one of the Summons "Wodan"... that's just a more western Germanic name for Odin... which he is in the game. => 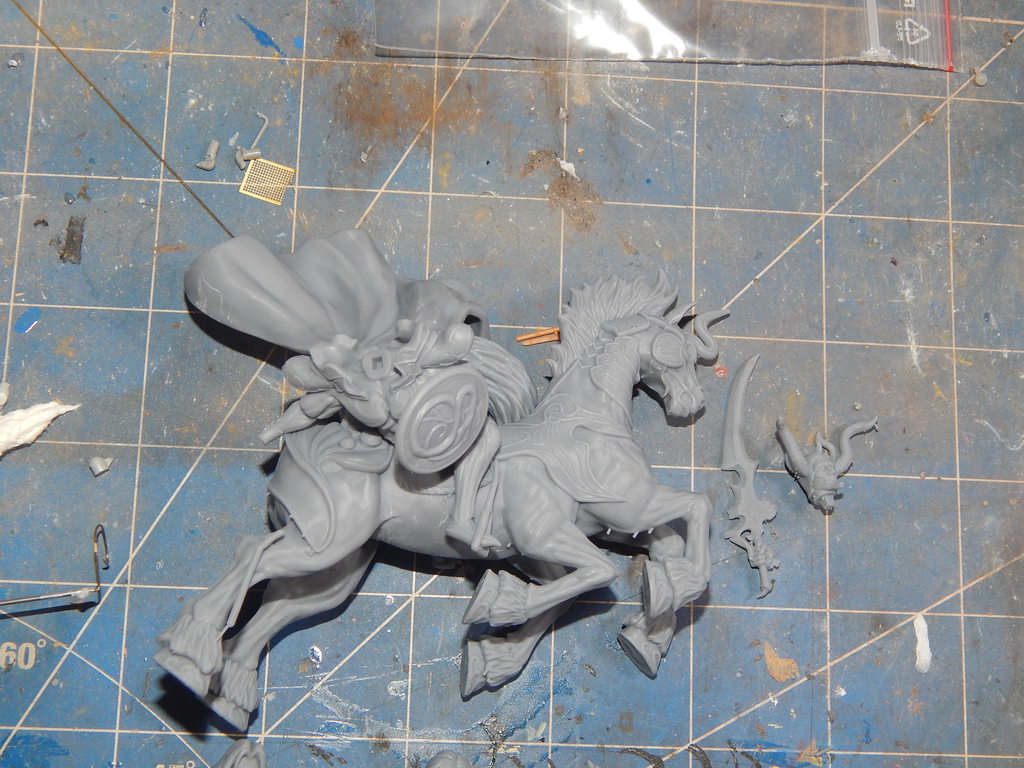 And a couple of figures for the awesome if bloody series "Berserk" - fair warning here "contains nudity" - be so kind Philipp to kick me in the shins if it's too sexy and I'll repost it in a censored version. 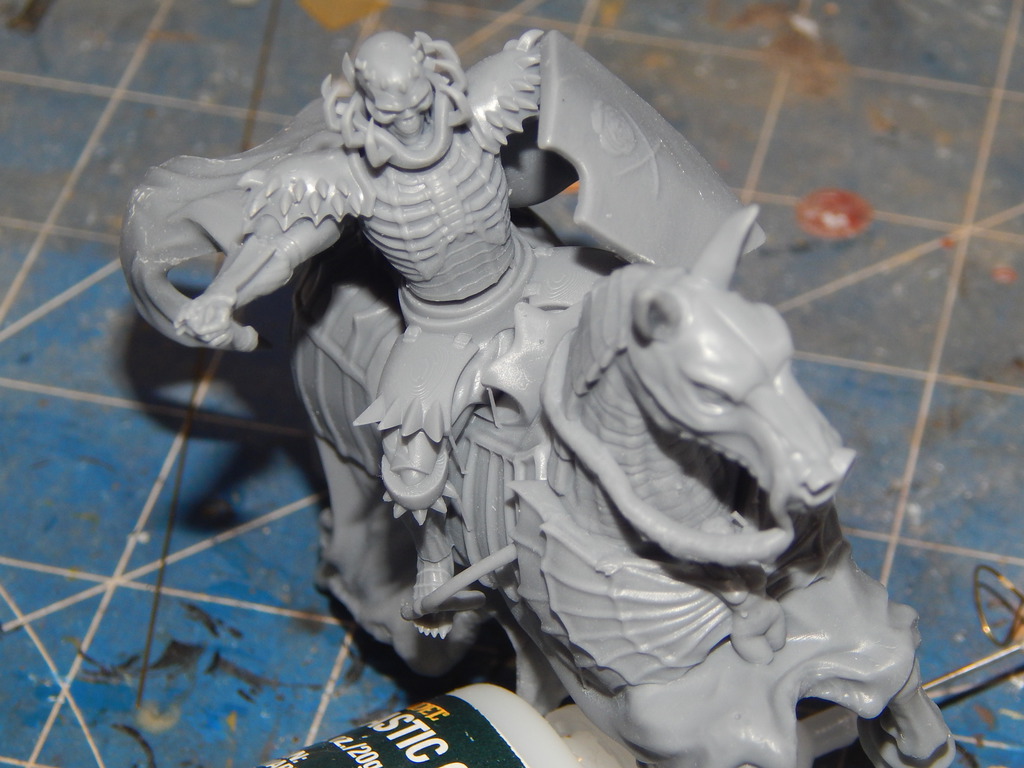 "Salanith" - actually Slan of the God Hand, a quintumvirate of demon sovereigns and all round horrible a**holes, think Warhammer 40k chaos gods but more petty. 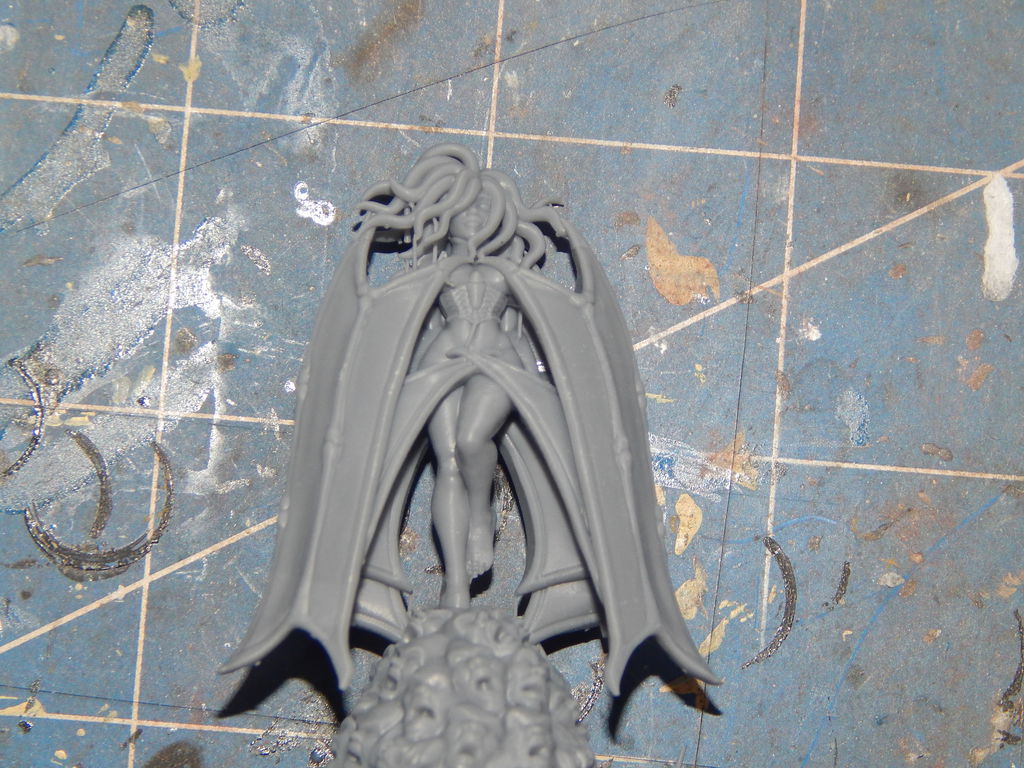 And here we have the potentially controversial "Garth and Cleto" i.e. Guts and Casca figures in an iconic scene from the end of a rather horrifying confrontation with the God Hand. (Oh no, nipples! The End is nigh! 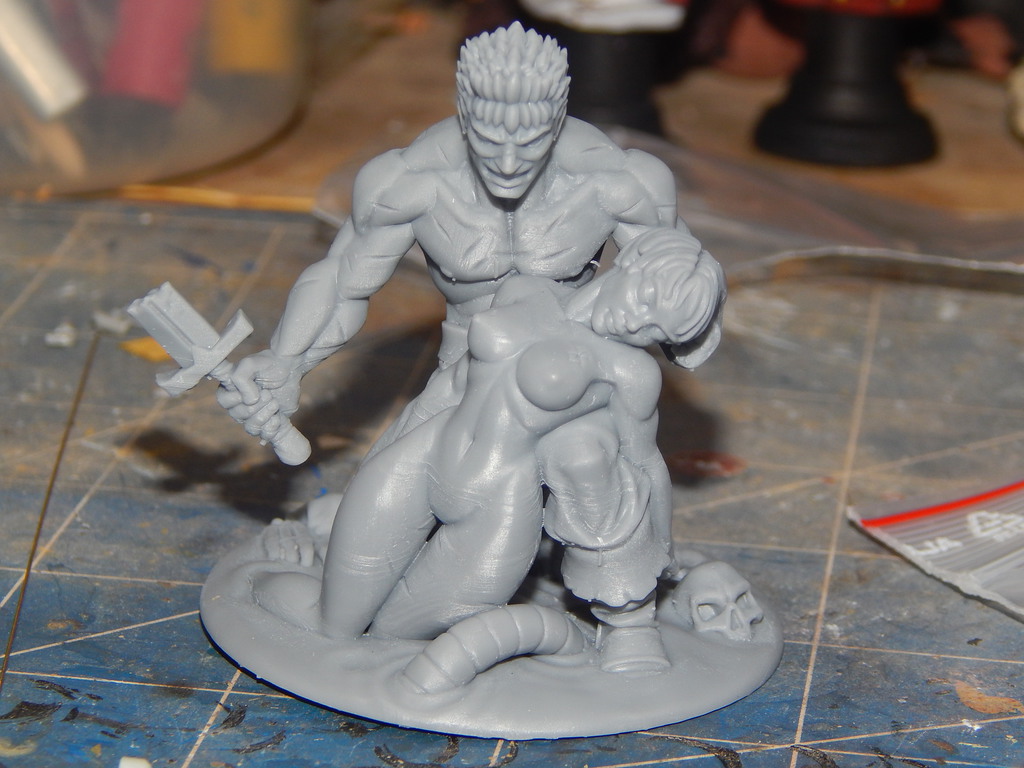 Phew, that's about it, minus anything I missed of which I most assuredly will be reminded.

Love to see the Austin Armoured Car built, I've got one in the stash to, but the concept of another interior" build is putting me off!
I'm a serial kit starter....
Completed Campaigns:

If you haven't opened the Pz III box yet there might be some more surprises?

Thats why it is soooo heavy LOL

Enjoy the wingy thing too, if you need a build buddy for a bf-108, it's right up my alley at the moment too.

Wow, the haul to end all hauls

Time to take a few weeks off and do something

Since I really do have enough plastic to last until the retirement of my hypothetical grandchildren I've diverted my attention (and hobby funds) towards books instead: 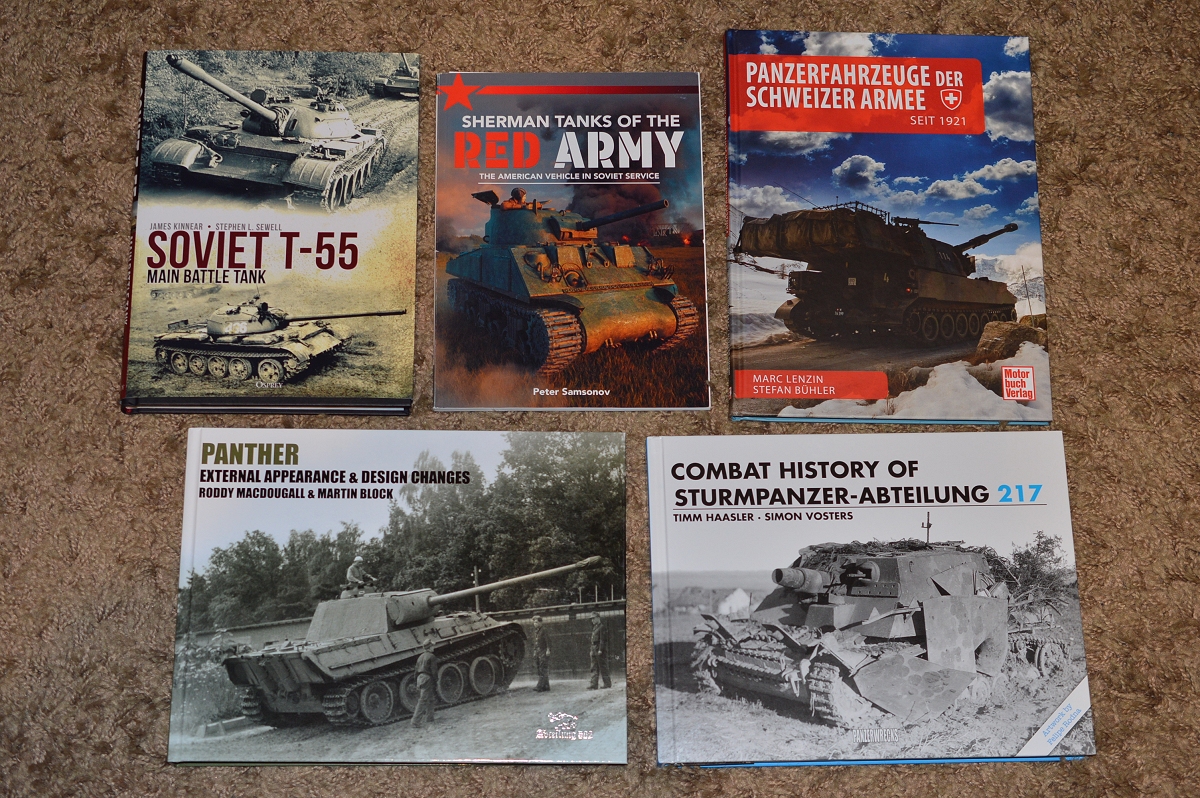 But there's also this slightly surprising and highly awesome birthday present by Raoul: 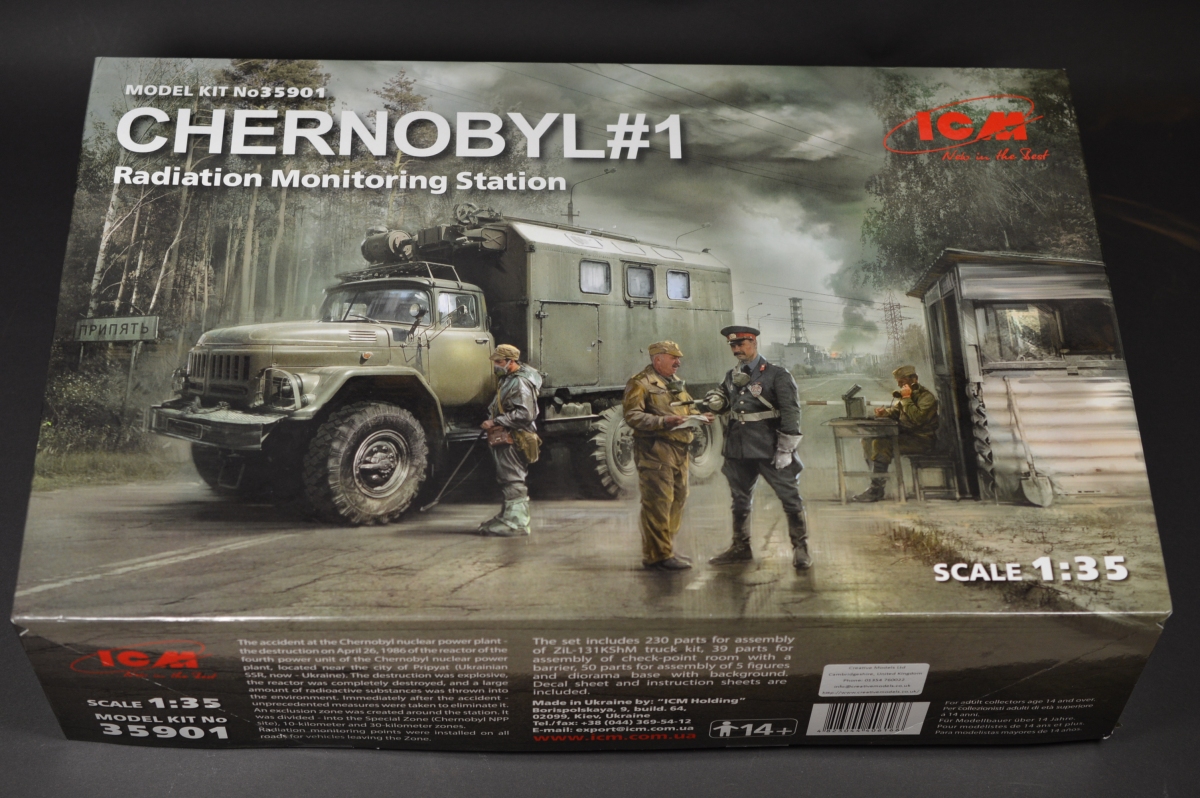 I also got me one of the armoured cars, but please don't tell my GF

I just received the Panther book after making a similar S.A.B.L.E. statement

It doesn't work, books are just as addictive

Is it the definitive Ausf?

Is there a better photo?

If you haven't opened the Pz III box yet there might be some more surprises?

The super-duper-über heavy cat treats? or did I miss something else smuggled through the customs?

The Chernobyl set is a diorama-in-a-box-thing, though I didn't realize that it even comes with a scenic background "matte-painting"

And the Bf 108 will be fun once I get around to it - it's Eduard, I know they excel at planes, and a weekend edition, so it won't be prohibitively tough to build

Is there a better photo?

Not sure what you mean? Sorry, it's been a long week

But there's also this slightly surprising and highly awesome birthday present by Raoul:

Couple of zombie figures, nuclear warning signs in a wasteland and this should make for a great diorama