I know, didn't seem like this for a while.

Anyhow, I started the Takom III M given to my by Philipp (I think....) in the beforetime. 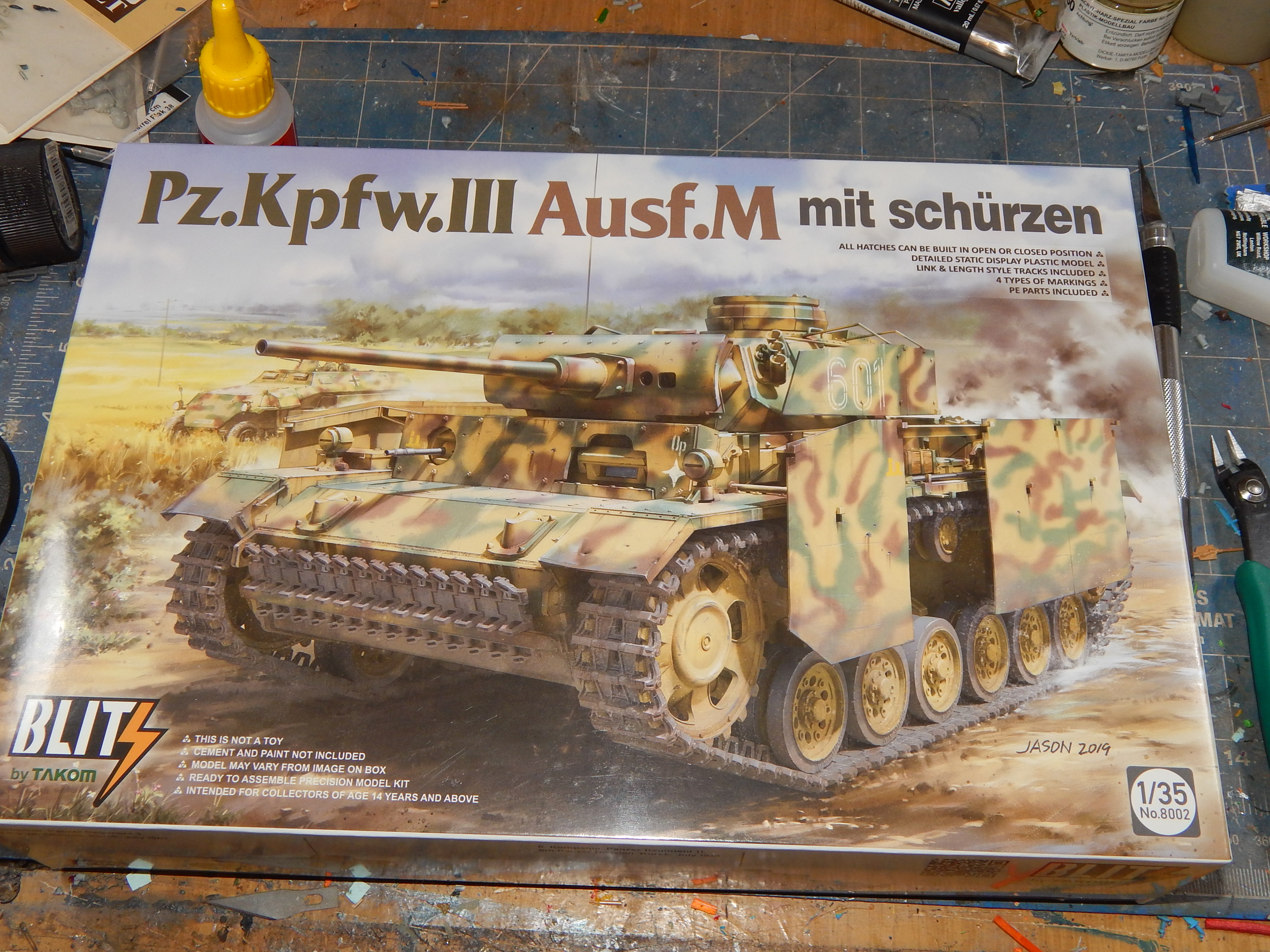 So, it's a nice kit, if somewhat lacking in some areas, but I'll get to that later on, it's a generally sound III so it's intrinsically sympathetic to me from the get go

Here's the instructions - they are... moderately workable, annoyingly small in this almost post-card formate booklet, but hey, I've built tons of IIIs, even when I didn't do sh*t for a year I still could built IIIs and StuGs from memory 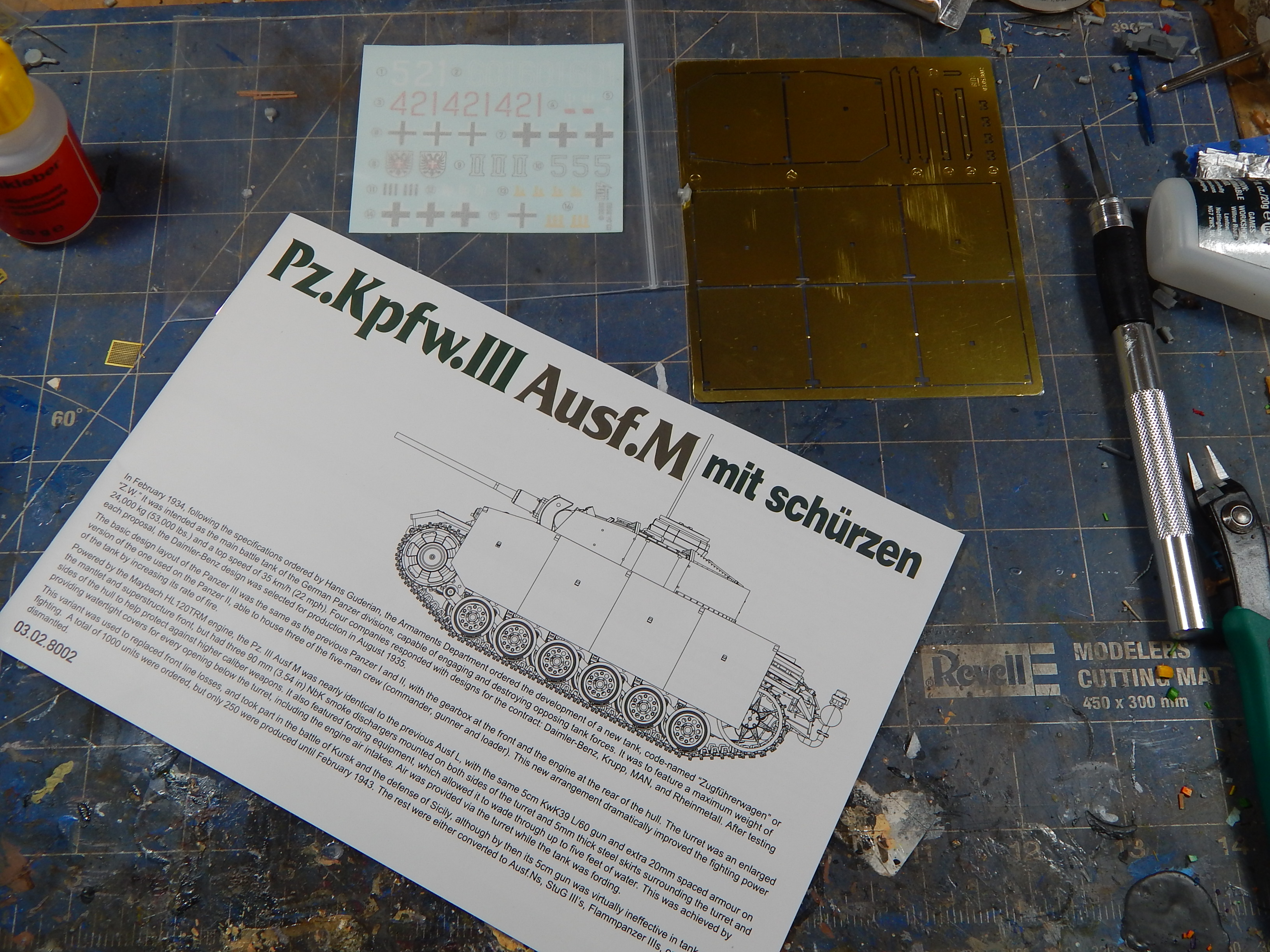 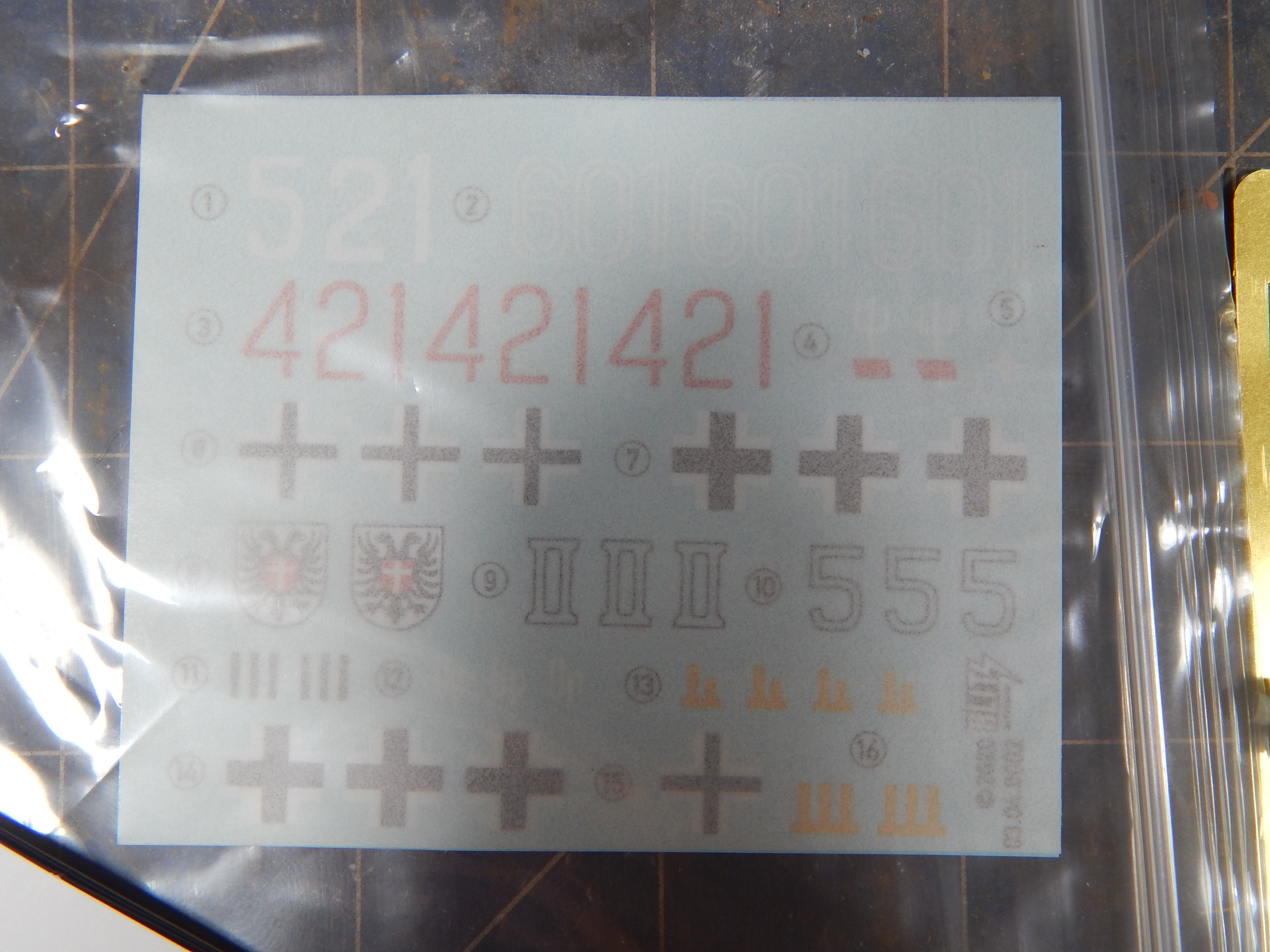 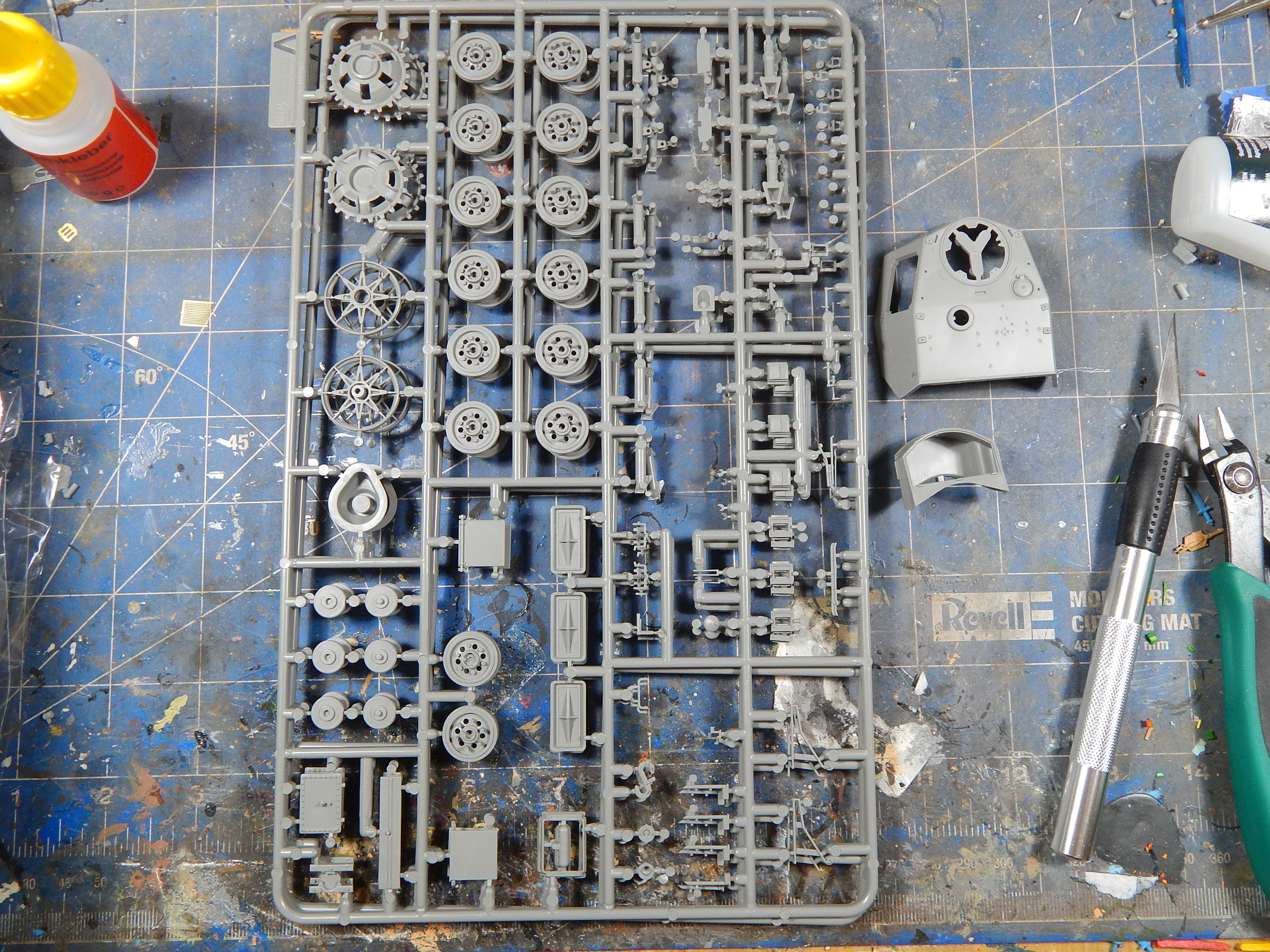 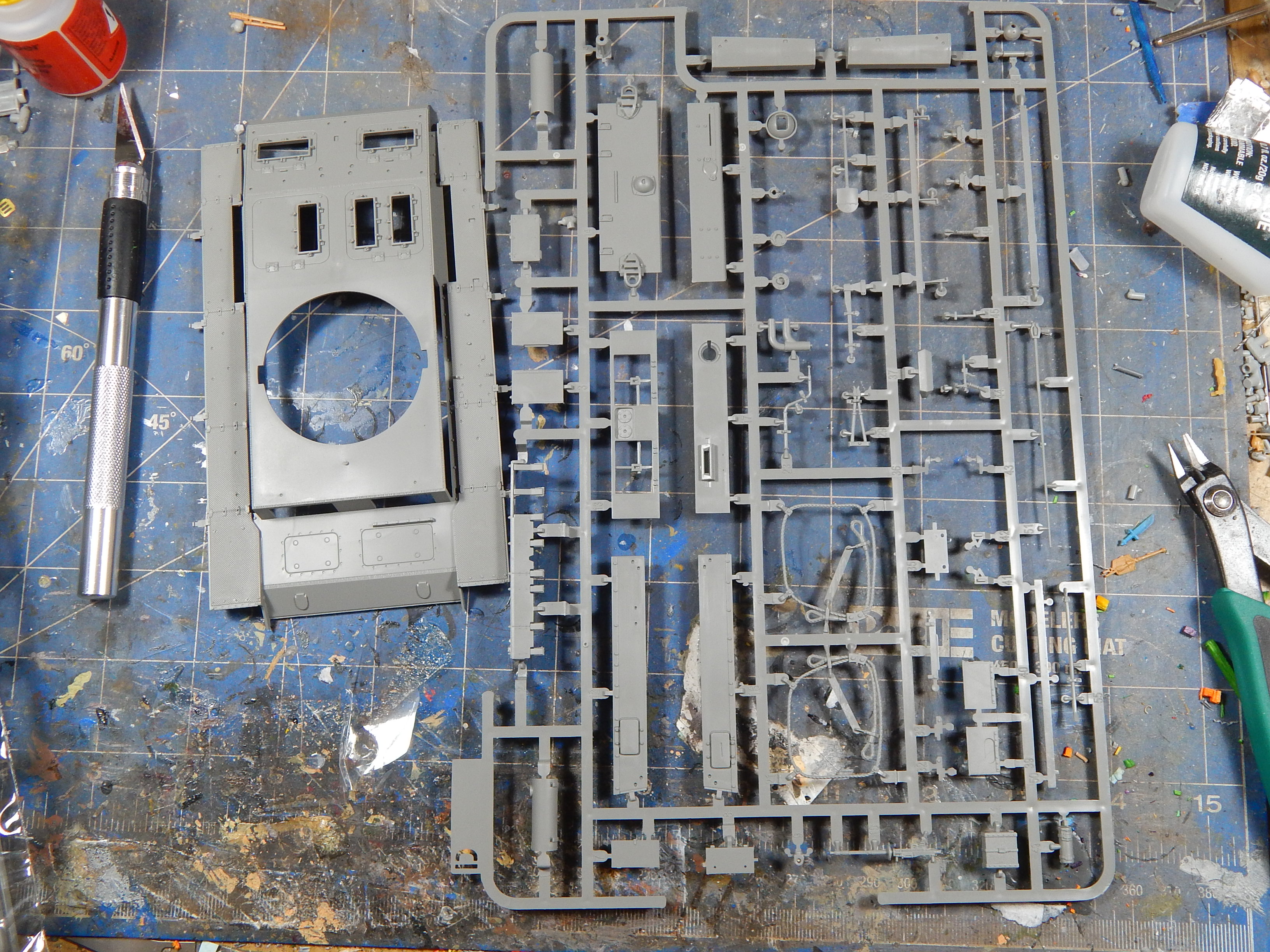 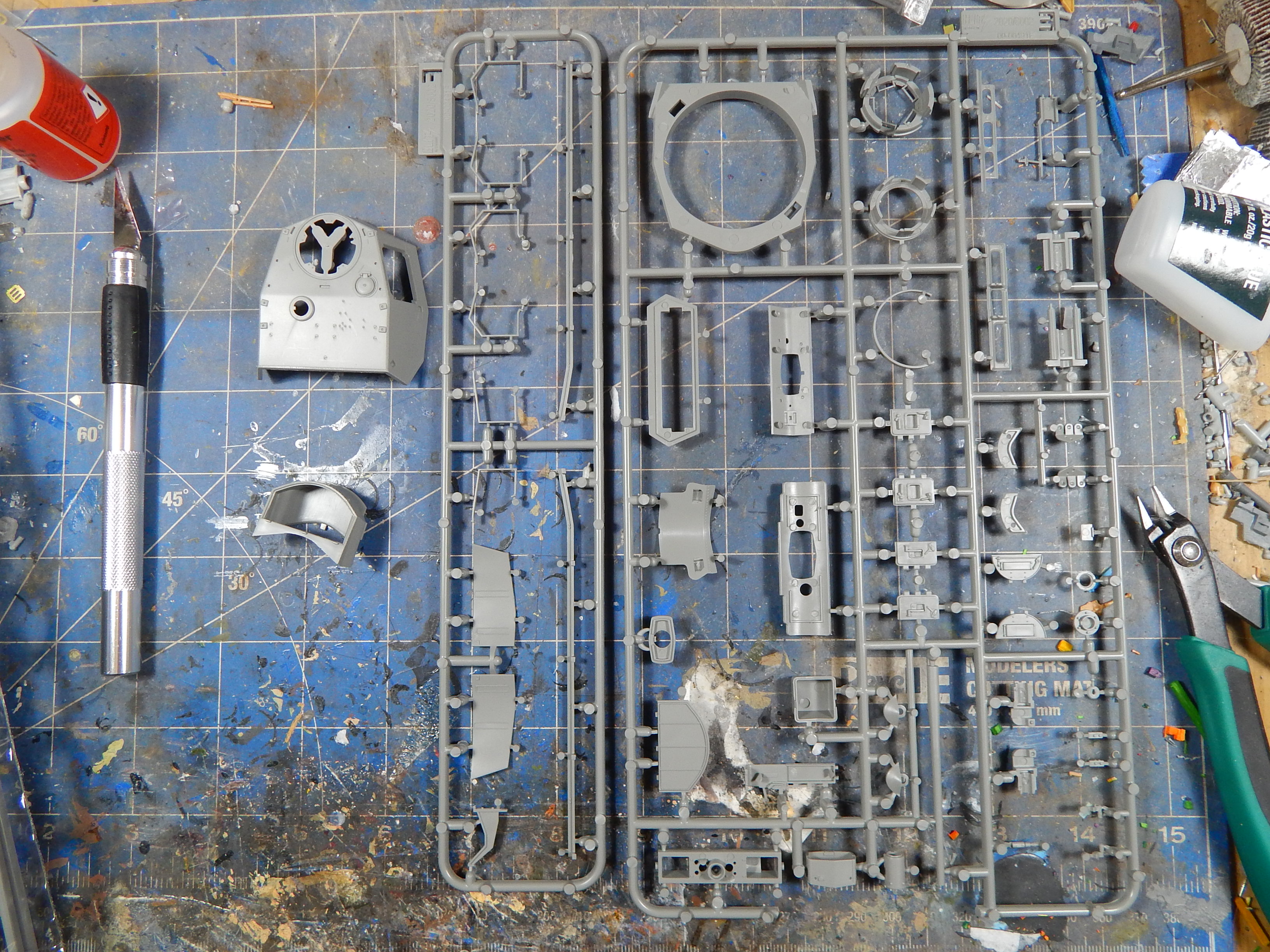 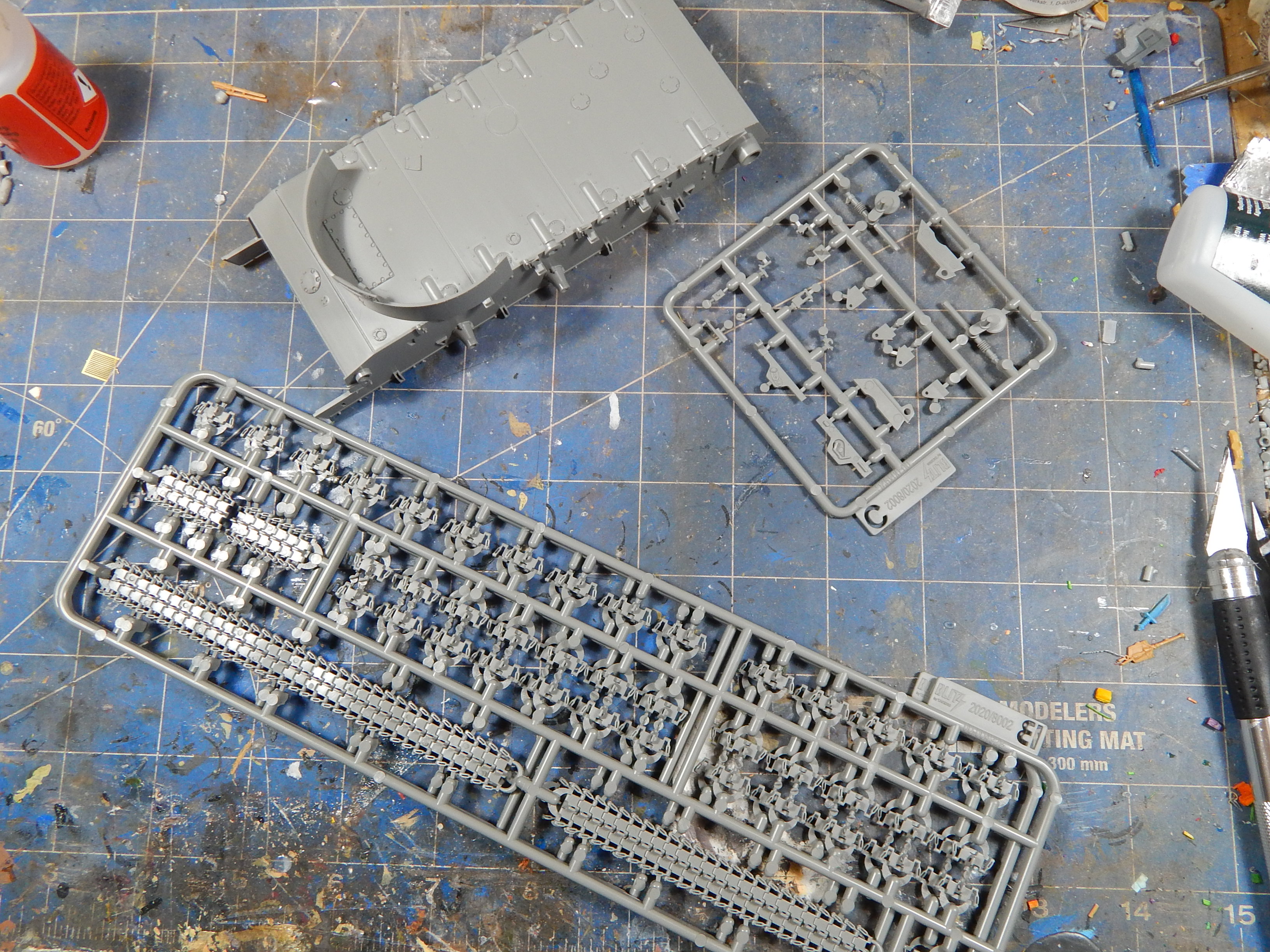 There's some problems and annoyances already visible - the easily resolved things first: There are quite substantial ejection marks on some parts that need to be carefully trimmed. 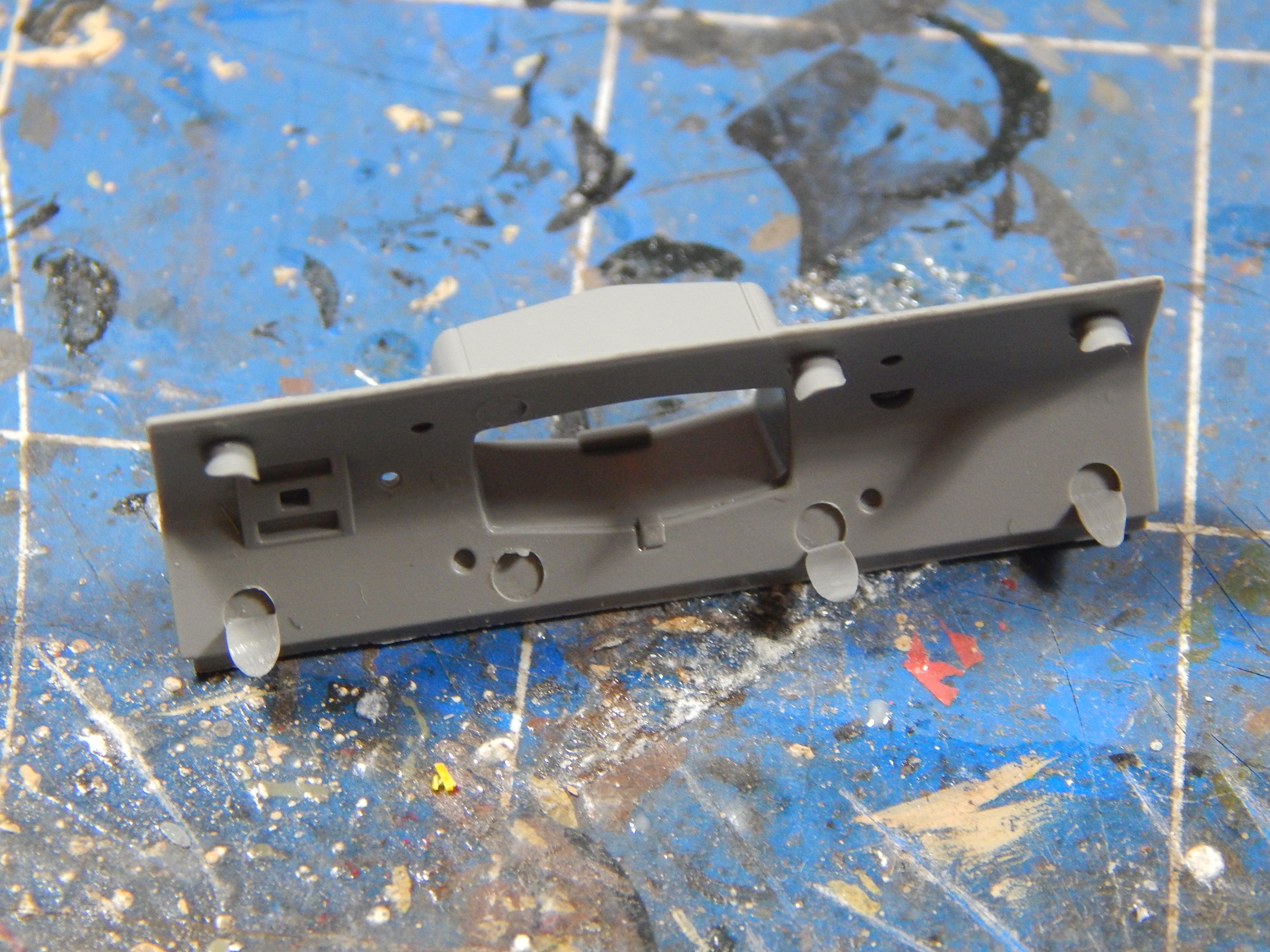 Then there's the minor fact that the tools are... well intended but more or less useless, luckily I have a ton of III/IV tools in my stash. => 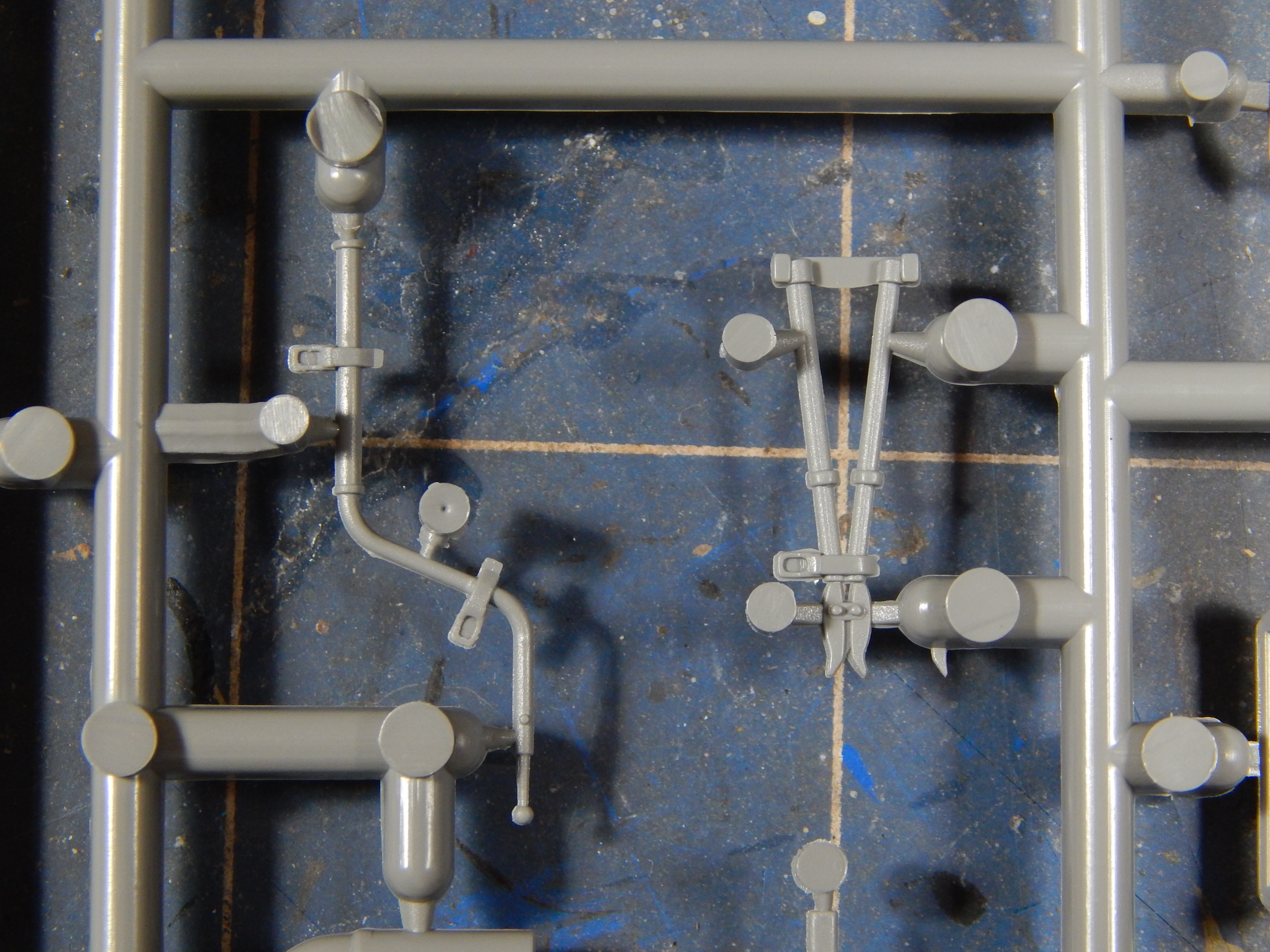 The barrel for the 5cm L/60 is plastic but...okay... I currently have no turned L/60 around so this will have to do, otherwise I'll sabotage my attempt to get back into something right away 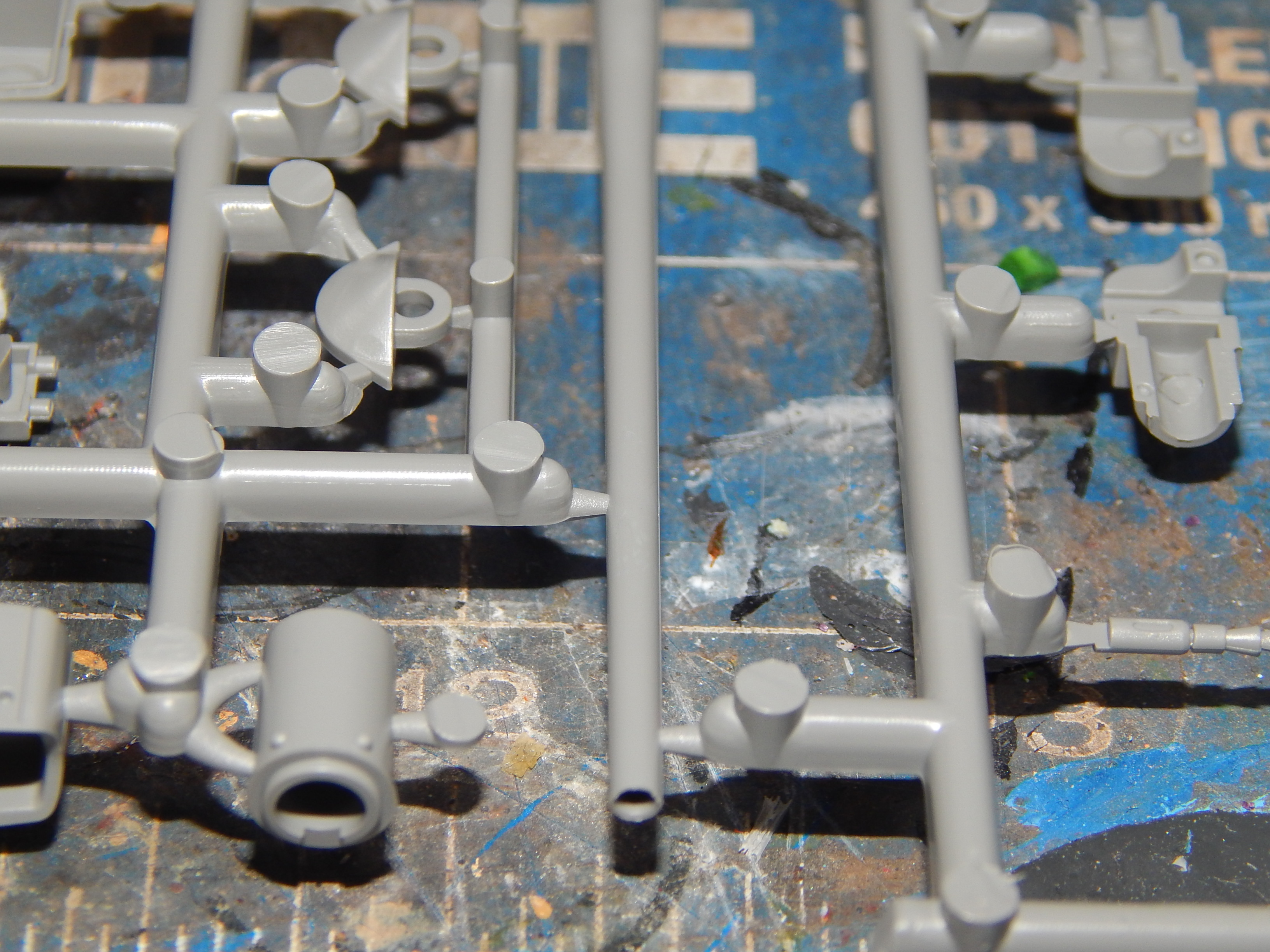 The coaxial 34 however really is something of a bad joke (and not really to scale...) but luckily I have options... because the turned one was a tad bit short I decided on trimming the Tank (that is the resin AM company

) one to length. The ootb really is unusable, even keeping my preference for resin or turned items in mind... 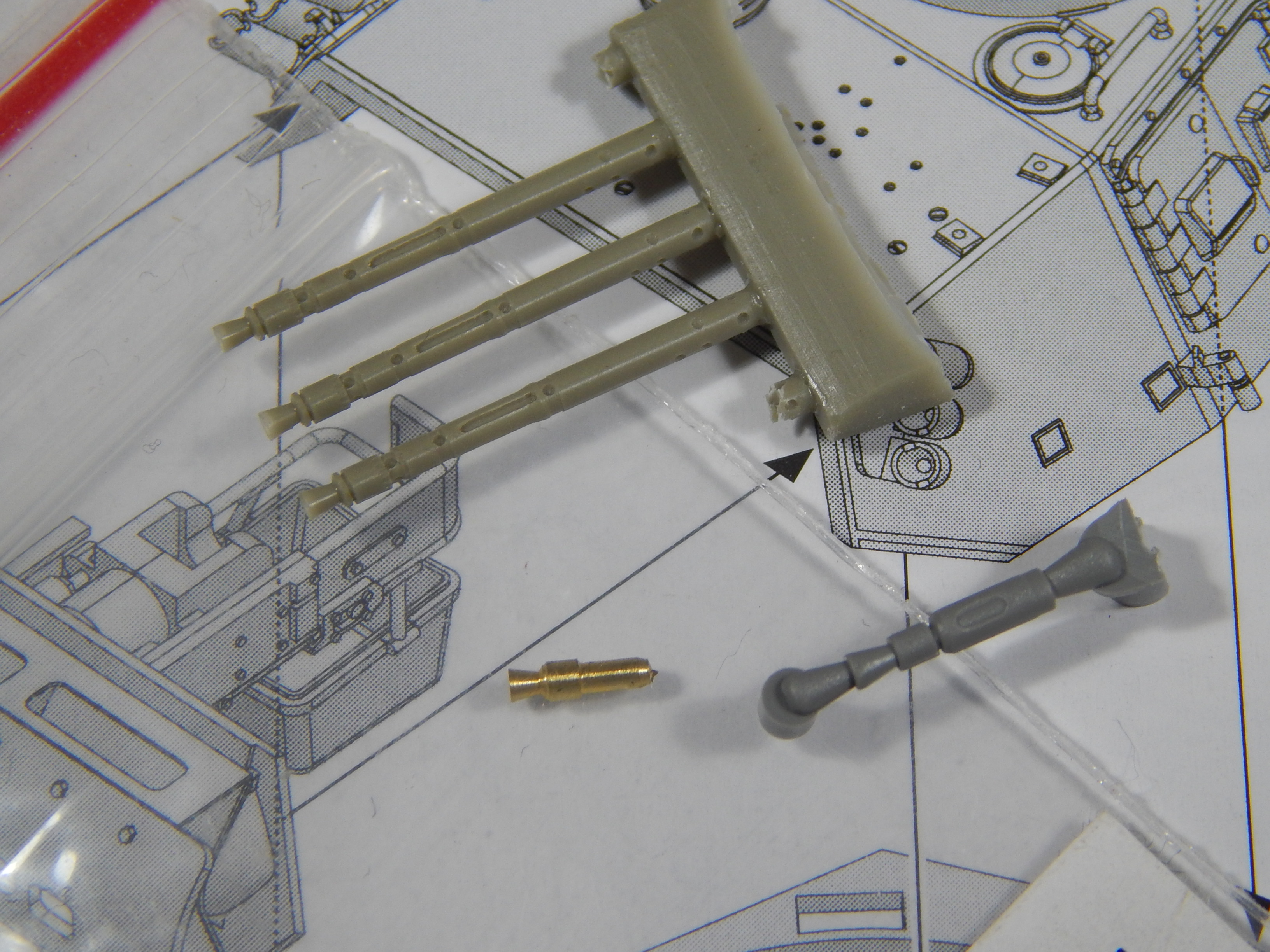 Here's everything I intend to... well not necessarily actually use, more "like to have on hand" if it proves a necessity or I feel like it... 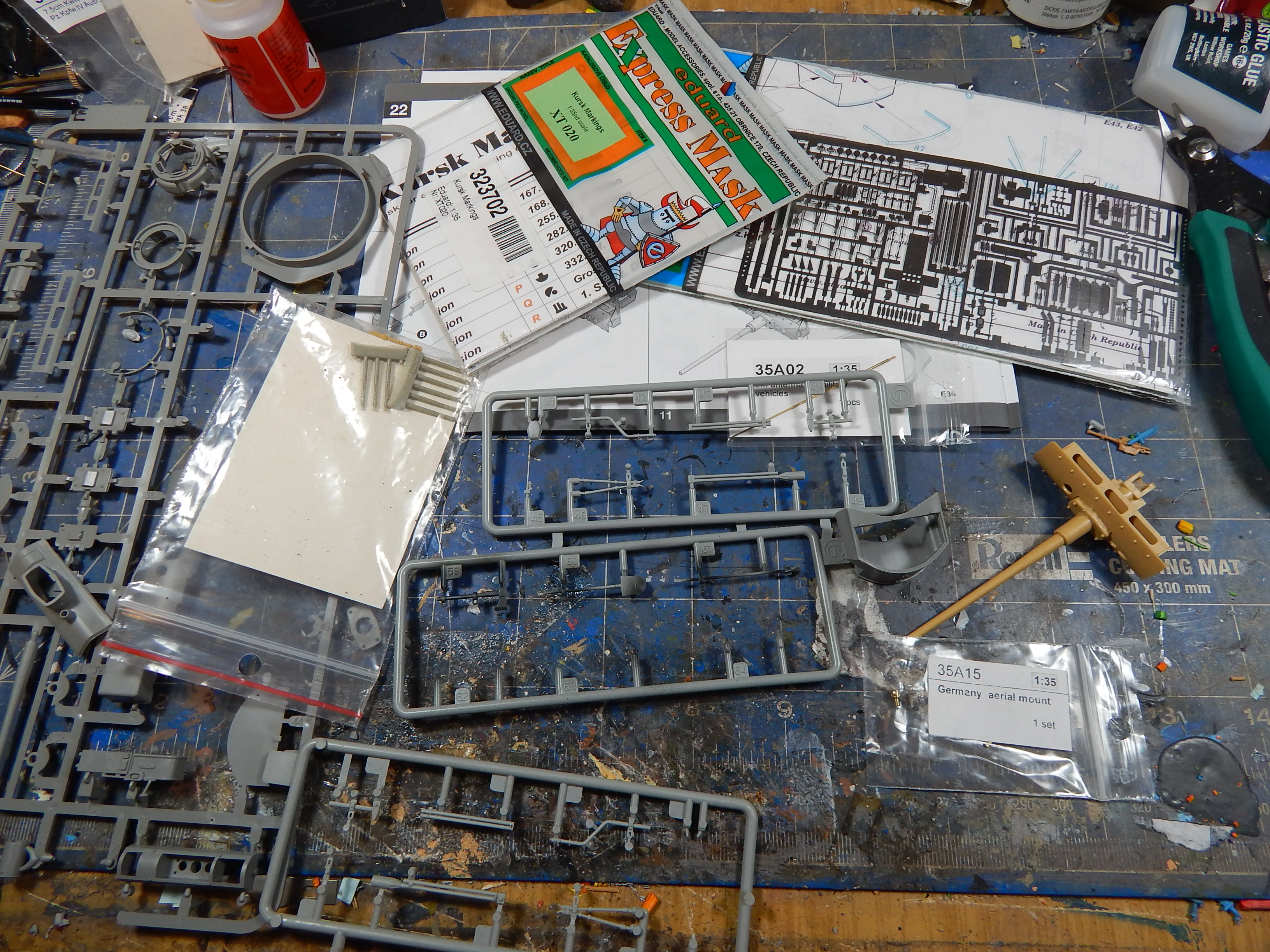 And of course I started the turret with full intentions of mostly ootb and immediately ran into a problem memory of which I had carefully suppressed: parts jumping into oblivion...

so the build started out with replacing the turret handles with wire... 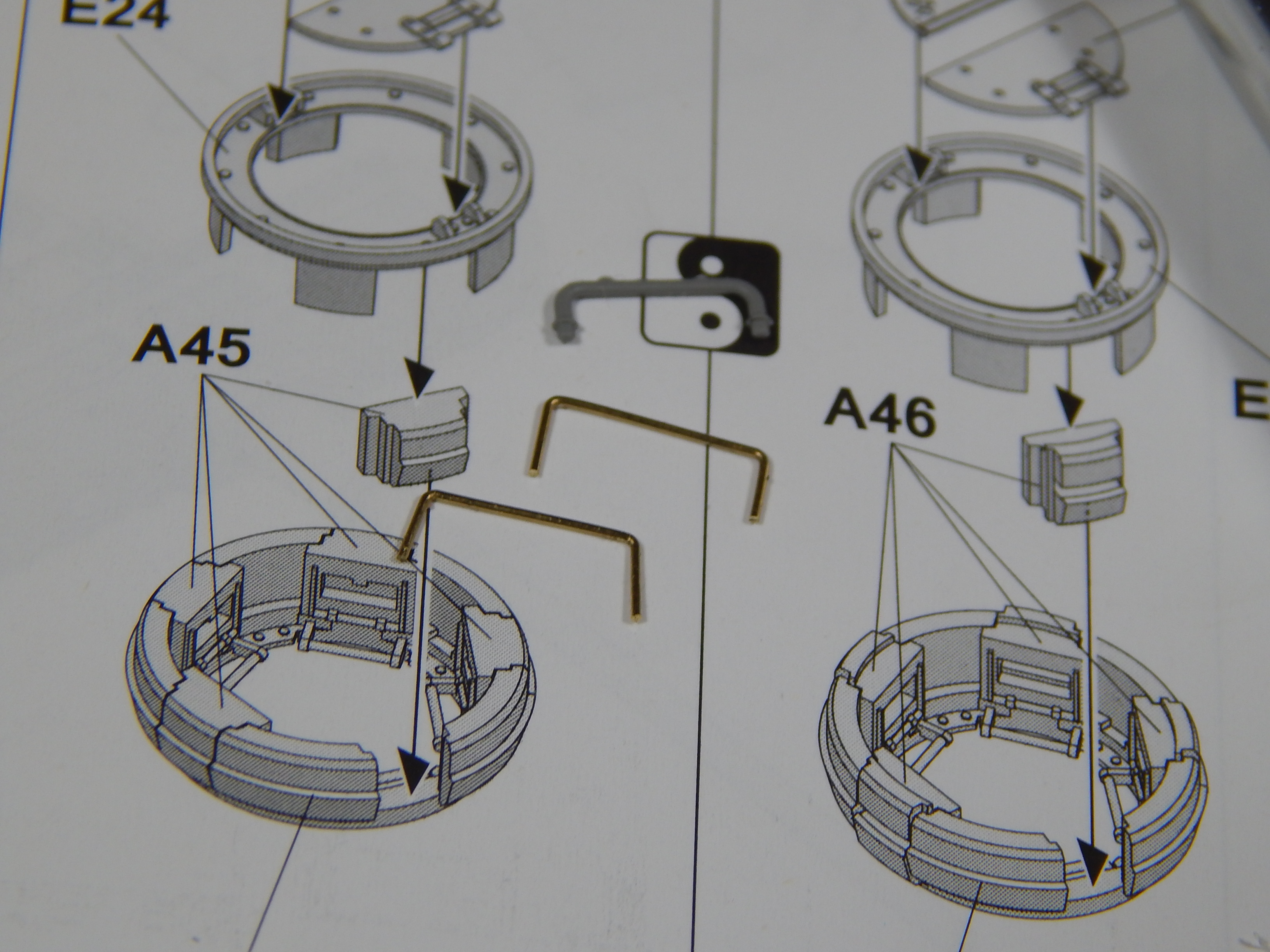 Anyhow, eventually I managed a fairly decent turret, yet without skirts or even smoke launchers because I, well I didn't feel like it because the smoke launchers will require two part fiddly lifting hooks as well as lead wire ignition cables... 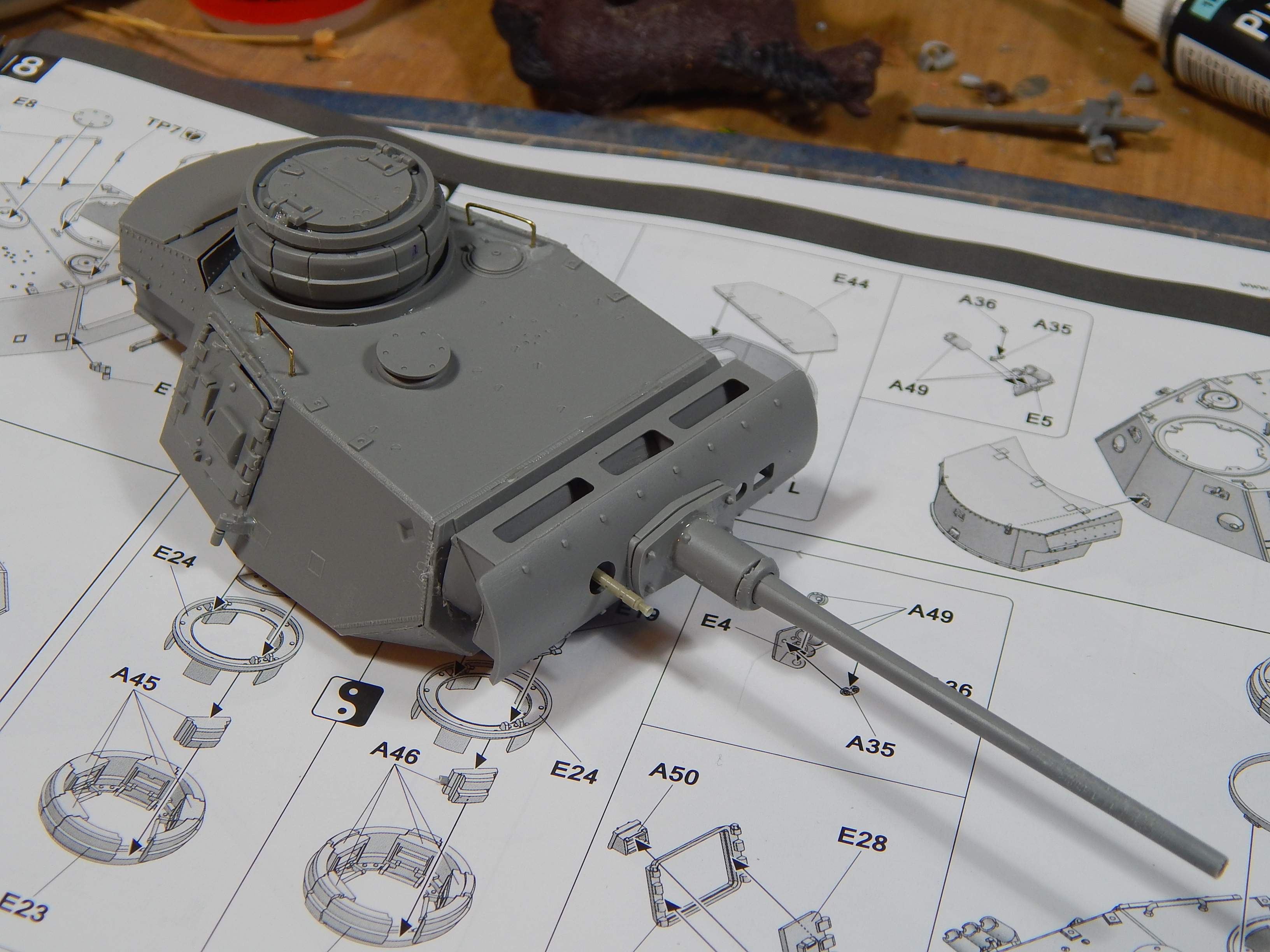 Okay, my initial verdict:
Some detail is missing - the occasional weld line will have to be re-done, simply because it's too accurate and thus in danger of vanishing in scale, in some other cases the definition is fine but again lacking some of the proper definition for scale effects.
Then there's the tools... meh! 'nuff said.
The plastic is also very soft, sometimes to the detriment of my insufficient motor skills, cue the cut in the barrel ring...
Maybe again it's not soft at all, it just isn't tanned full-grain leather which I have been cutting this last year...

It's a good kit, but beware the insanely tight tolerances on most of the hull. Takom's engineering is too precise, as insane as it sounds...

Good to see you back at your bench, again

My bust painting is not that good!

by Adam Durrant
Welcome back Raoul, good to see you’re back and building!

by Raoul Kunz
Not dropping everything again, just no time, was away on Sunday, busy on Saturday and there was a railway strike going on which made my commute extremely exhausting