The place to show your latest build taking place whether it be a blog or WIP.
Post Reply
26 posts

I added the extra "screens" which I guess is how it translates from Russian. The main turret has a simplified T-28E style. The ones on the 45mm turrets are patterned after a conversion applied to a T-26. The octagonal plates on the MG turrets are patterned after an alternate drawing I found for the T-28E. I also added additional plates to the front hull.

Side armor plates were glued in place after I airbushed the covered areas with Nato Black.

Still need to work on the fender brackets. 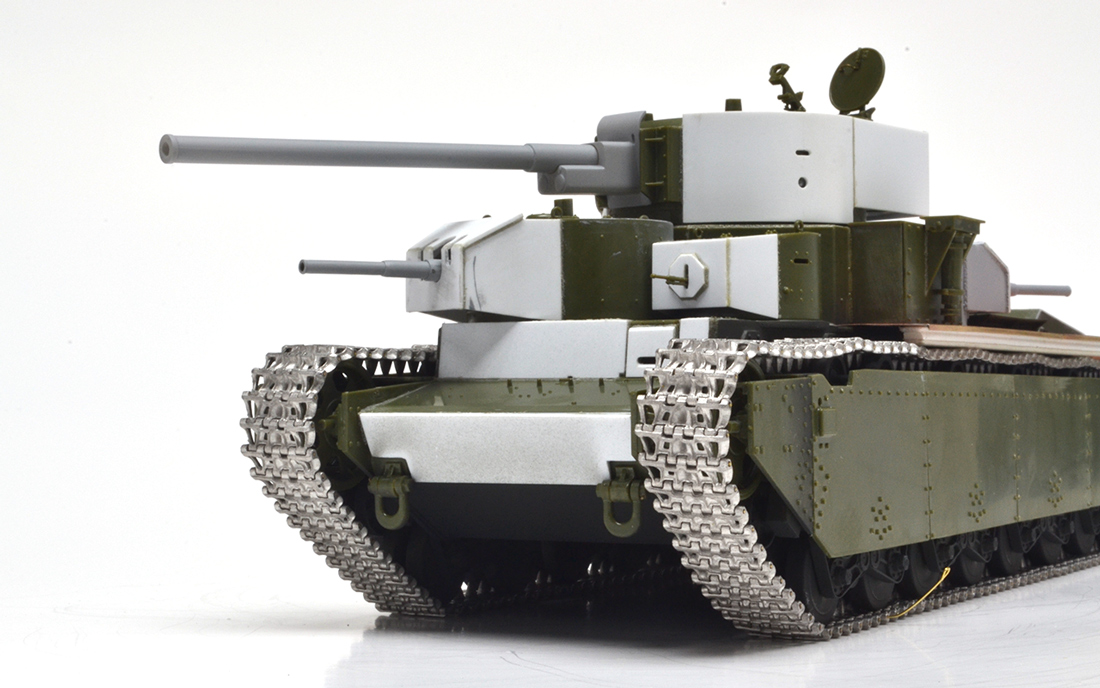 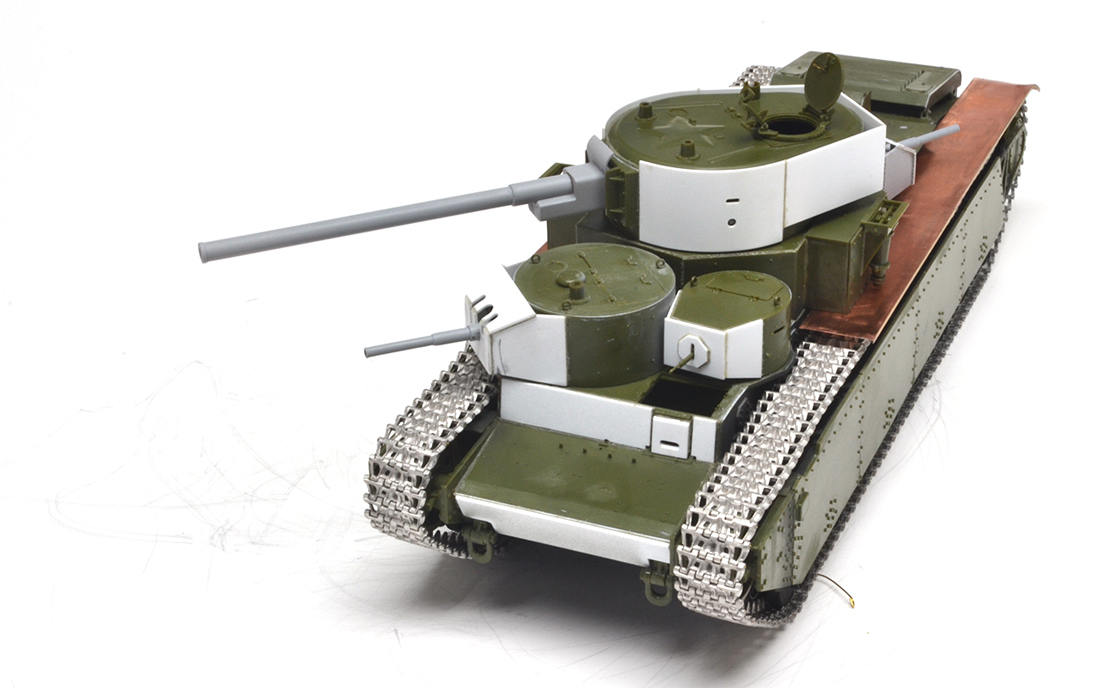 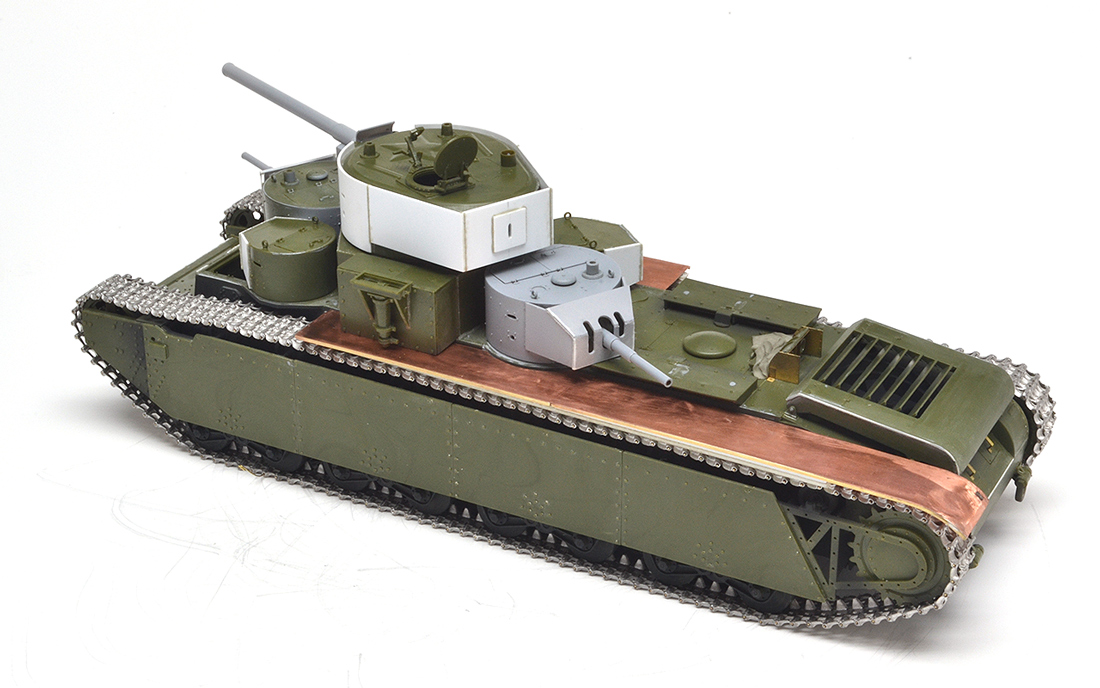 Such a monstrous beauty....I'm in love

Thanks guys!! I almost launched the model across the room yesterday trying to fit the fenders but I finally got them on.

Construction complete. I can't say this has been a fun build. The lackluster fit of the Zvezda kit along with the mid 90s quality PE fought me most of the way. Eventually I just said "alright, I'm done" and left whatever last of the parts off. Scratch building new fenders didn't help my attitude either, but here it is. There are a few spots that still need a little touch up but I'm gonna put this thing aside for a while. 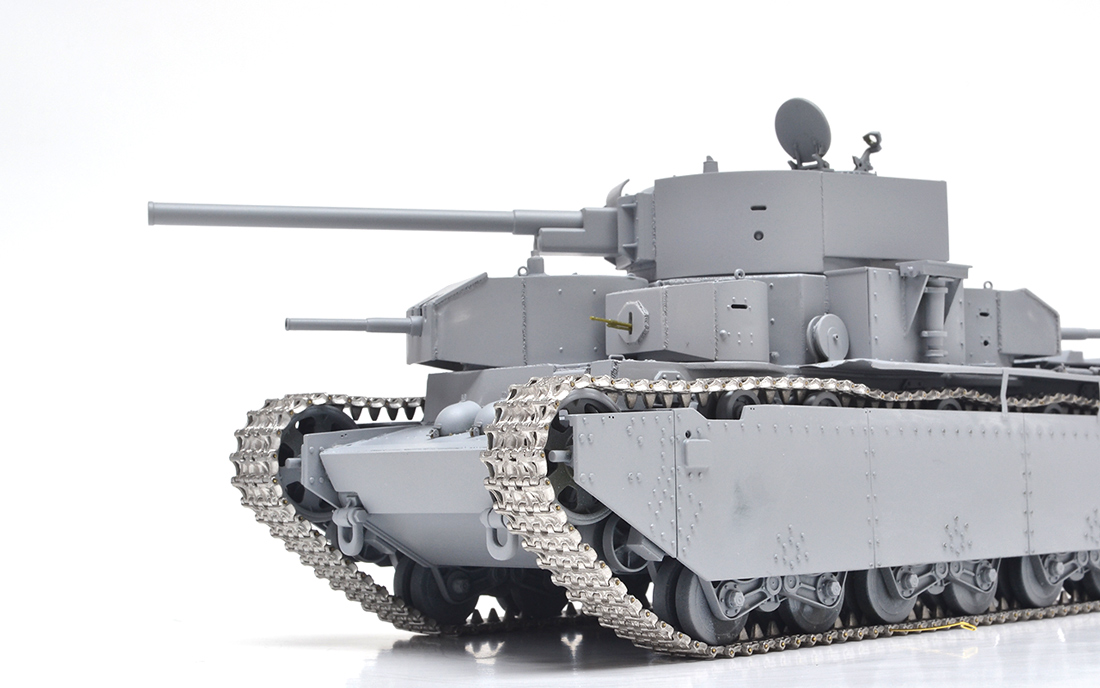 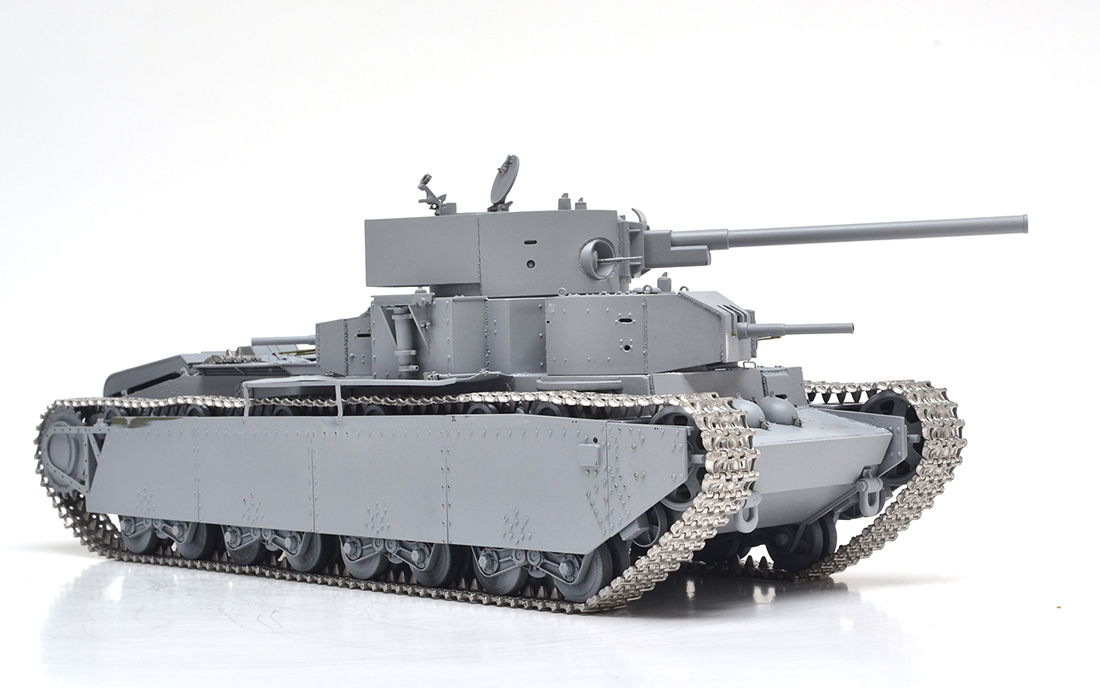 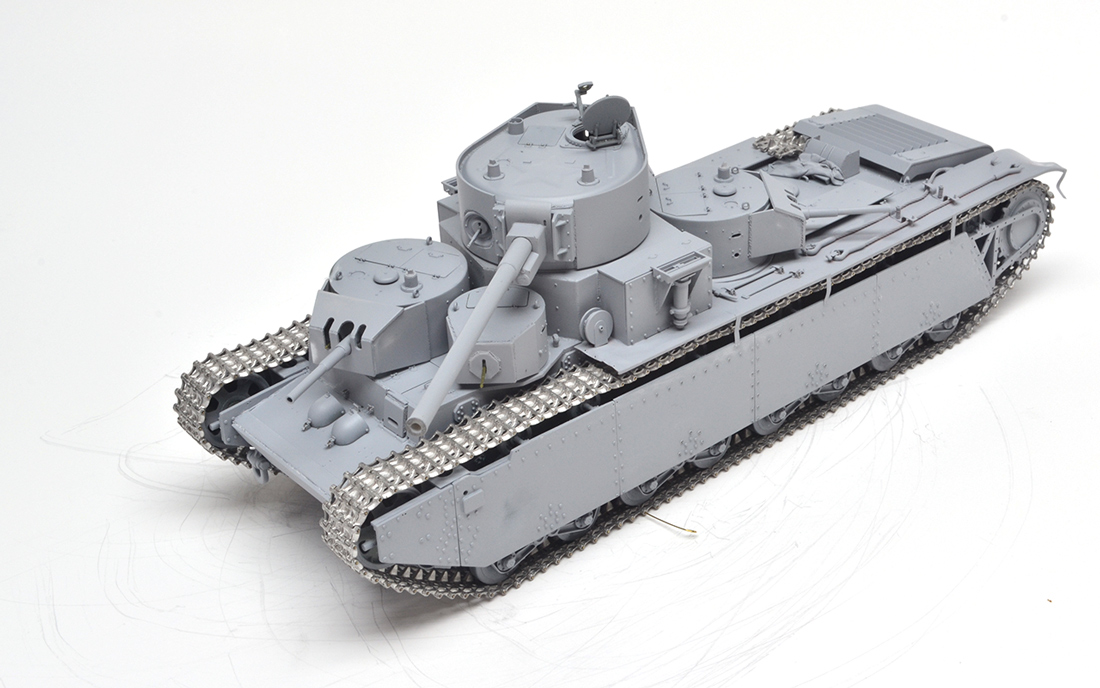 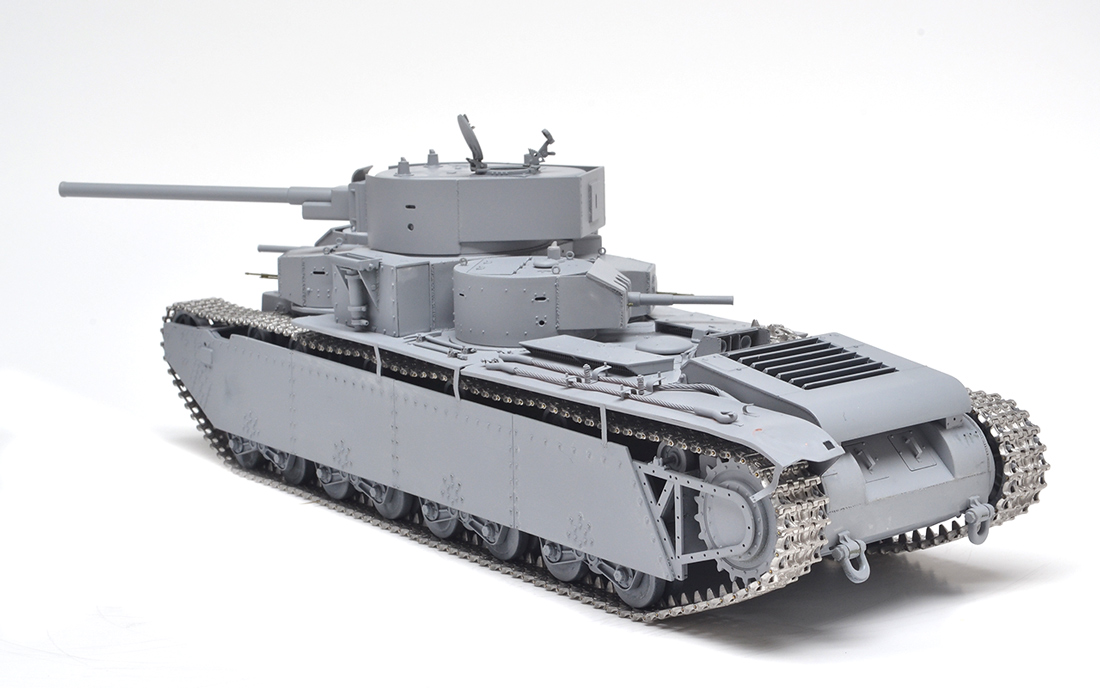 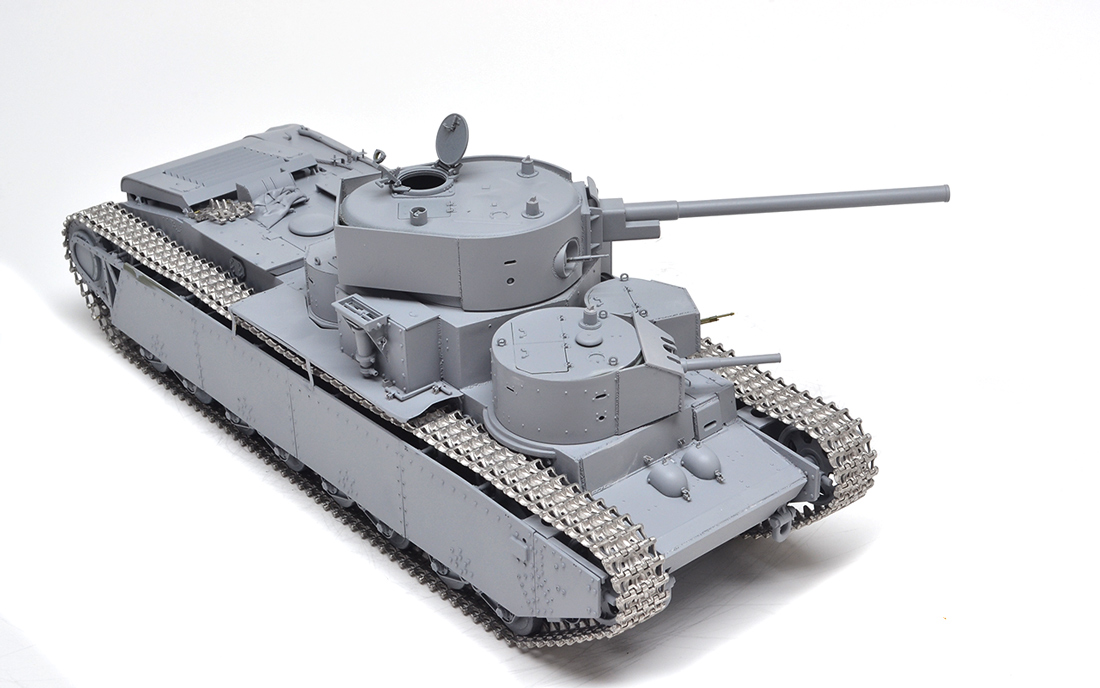 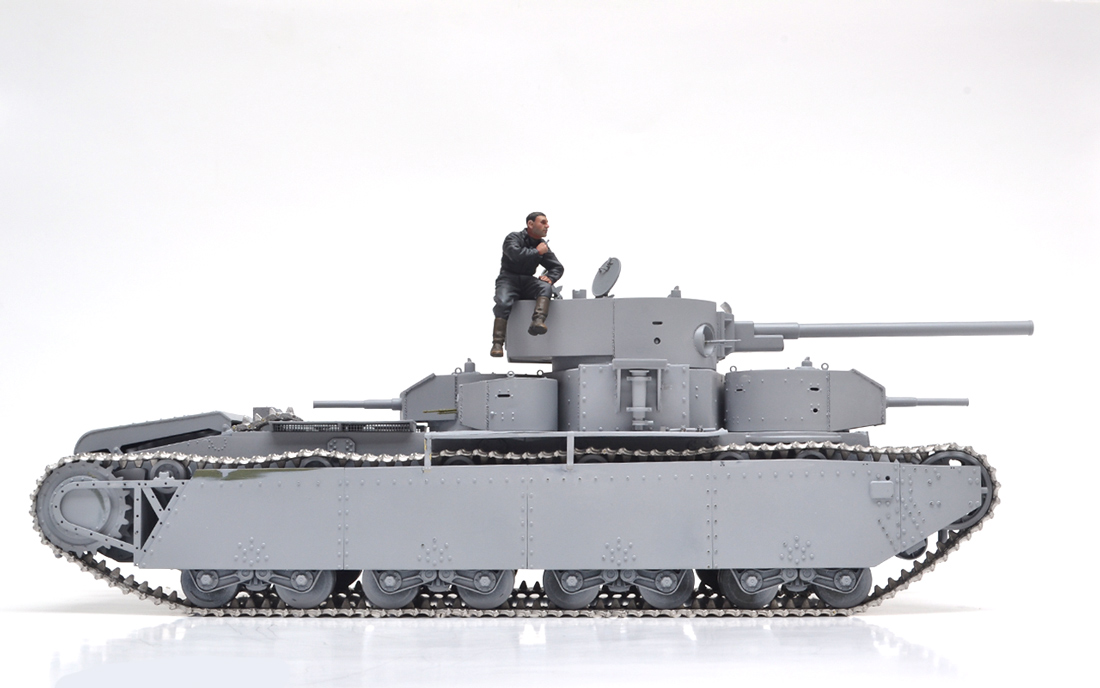 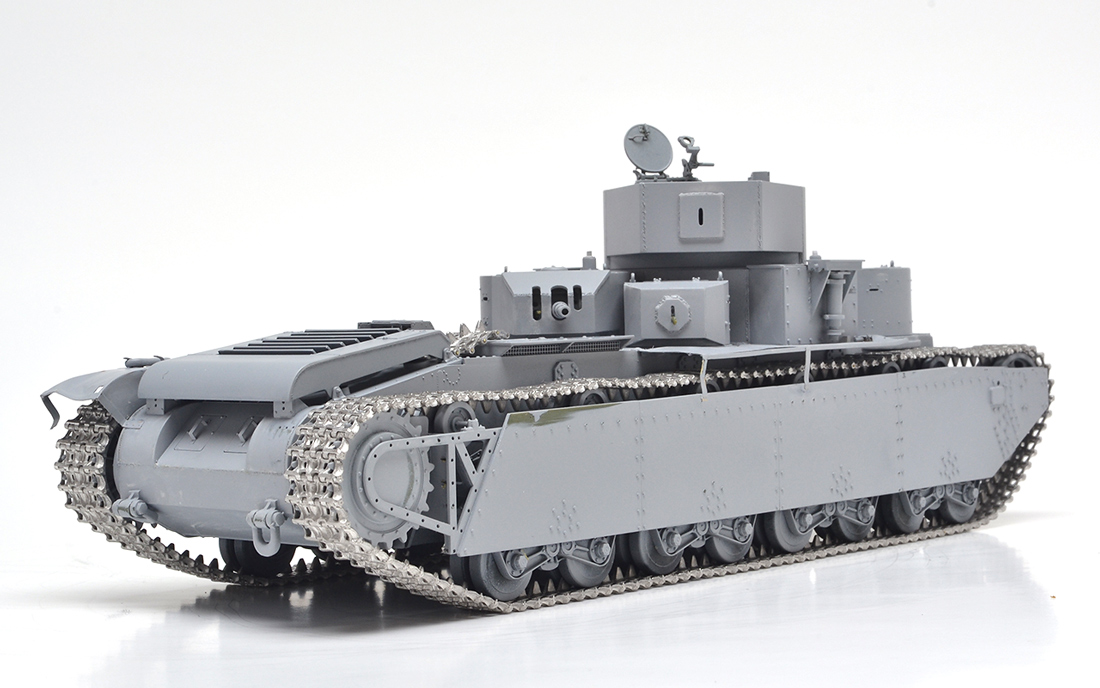 Well done Bryan! It certainly looks the part, glad you pulled through with it! A little break can be helpful to get new motivation and inspiration. Don't ask me how I know this

That figure really gives this monster a sense of scale.

Thanks Philipp - I've started another junk build and a T-34.

Shawn - Begs the question, how did he get up there? Figure is also on the big side for 1/35.
AKA Maschinen Krueger

Paint time. Marbled effect with custom mix 4BO. Tracks were blackened and airbrushed with a dark brown/grey. I was tempted to try a three tone scheme but this solid block of green looks pretty good. maybe just some simple markings. 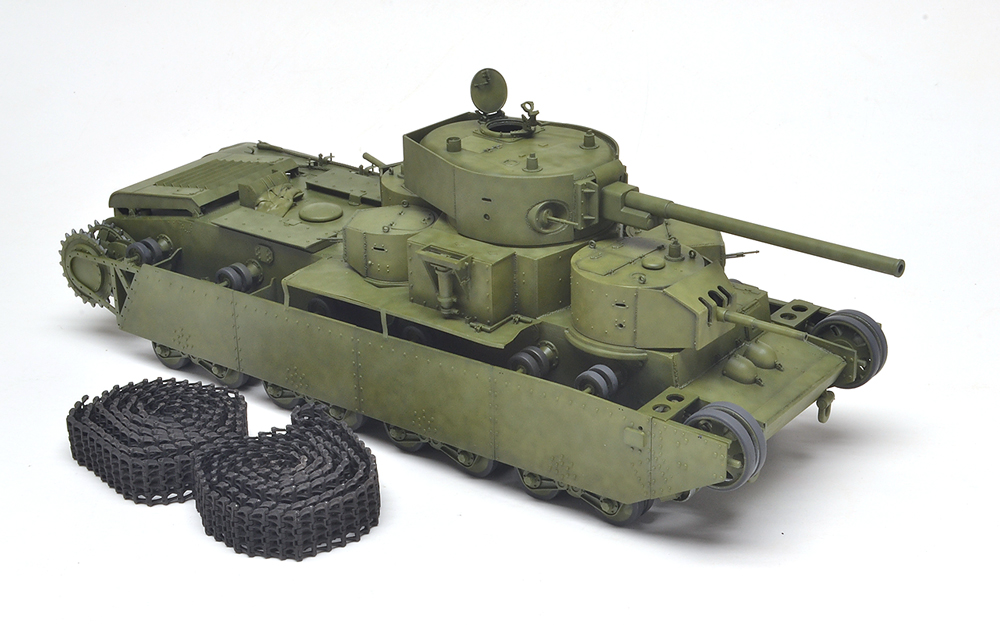 The marbled effect came out nicely. With all the detail to look at it certainly looks good in all green